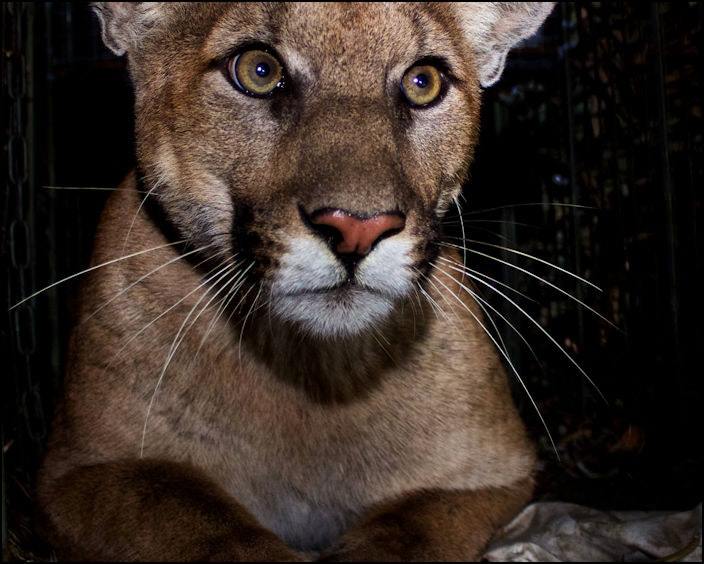 The Human Population Needs To Be Stabilized in the U.S.

In that vein, it was good to hear about the proposed “Extinction Prevention Act” recently introduced in Congress by U.S. Rep. Grijalva and U.S. Senator Blumenthal. The Extinction Prevention Act proposes to give more funding to species protection programs. This is good news because the ESA has been fiscally starved by past congresses and presidential administrations.

But the Extinction Prevention Act is not enough. Biodiversity is under assault across the U.S. as growth and development — mostly driven by human population growth — ravages and devours natural landscapes.

Scientists have been paying attention to this. As one example, the authors in the scientific journal, Issues In Ecology, (Winter 2016) stated:

“The ESA has not kept pace with rapid socioeconomic changes in the United States and advances in conservation science. Since 1973, the US population has grown by more than 50%, and gross domestic product has expanded from approximately $1.4 trillion to more than $16 trillion, resulting in multiple stressors to vulnerable species….the greatest threats to listed species are habitat loss and degradation…. Human population growth, economic activity, and intensive land uses have rapidly increased. Threats to listed species such as habitat loss and degradation and invasive exotic species have increased in severity. Climates have undergone fundamental change. These trends will likely continue.”

Whether it’s puma in southern California, or grizzly bear in the Northern Rockies, human population growth is squeezing out the non-human world, invading its habitat, pushing it to the edge of extinction. In my local watersheds in northern Colorado, population growth is devouring landscapes, rivers, and wildlife habitats.

In 2019, the Center for American Progress reported: “The United States is quietly losing its remaining forests, grasslands, deserts, and natural places at a blistering pace. Every 30 seconds, a football field worth of America’s natural areas disappears to roads, houses, pipelines, and other development.”

The U.S. House and President Biden have taken positive steps recently around protecting wildlife habitat with the 30×30 campaign that proposes to protect 30 percent of the U.S. landscape by the year 2030. At the very same time though, around 2 million more people are added to the U.S. population each year which creates a Los Angeles County-sized blob of urban sprawl — another 10 million people — on the U.S. landscape every 5 years.

It feels like one-step-forward, two-steps-back to me. We can spend more money trying to save species, and launch new programs to protect more critical wildlife habitat, but if we keep adding 2 million people to the U.S. every year, we’re going backwards in our conservation goals.

We need to stabilize the U.S. population if we are to have any chance of saving endangered species as well as the majority of the extraordinary, but extremely threatened, natural world around us.

Gary Wockner, Ph.D., has been active in environmental protection for most of his adult life. Over the past 20 years, Gary has spearheaded the protection and restoration of his local watershed in Fort Collins, CO, as well as the Colorado River across the Southwest U.S. Gary is an award-winning environmental activist and writer — he has been named a “River Hero,” an “Eco-Rockstar Impacting the Planet,” and a “Renowned Environmental Leader” by environmental publications. Gary writes, travels, and advocates internationally for the protection of rivers, fighting climate change, and stabilizing human population. Learn more at garywockner.com.

Gary Wockner’s piece is spot on. Many years back at a gathering in D.C. of the Endangered Species Coalition, a few of us pitched the idea of an American Ecosystems Protection Act. In essence, umbrella legislation to refocus the goals of species protection, habitat restoration, clean water, forest integrity, etc. Obviously a major undertaking, and one that never quite got off the runway, despite being approved by the group’s pundits. Perhaps now is the time to rethink that idea, with the addition of climate mitigation, reasonable population targets (based on carrying capacity), and environmental justice issues.

Basically, every Federal agency would be under a new mandate to think in terms of ecosystems, rather than seeing America’s landscape as an assemblege of “natural resources” to be managed.

Historically, population growth has been used by those at the top of the capitalist patriarchy (mostly rich white men) to obfuscate the real drivers that are ravaging and devouring the natural landscape and web-of-life — affluence and technology. To talk about population growth apart from the context of the I=PAT formula (environmental impact = population x affluence x technology) is irresponsible and counter productive for those who are trying to salvage as much as possible of 2 billion plus years of evolutionary biodiversity.

Looking at human population (and its growth drivers) through the I=PAT formula, it is clear that that the vast majority of environmental impacts are driven by the affluence and technology of a minority of the world’s population, mostly in the global north. It is the capitalist commodity economy and the materialist culture that are driving the extinction crisis – not the majority of the world’s population who live at or below subsistence levels. Many of the people who blame population growth also miss the point of the documentary “Planet of the Humans”, i.e. that technology is not going save the ecosphere from death by affluence or humans from amusing ourselves to death (nod to Neil Postman). As Albert Einstein observed, you can’t solve problems by using the same kind of thinking that created them.