The Freedom of Information Act: A Powerful, Versatile Tool for Animal Rights

What should have taken twenty days took eight years.

When Adam Peyman routinely requested U.S. Fish and Wildlife Service (FWS) data on imported wildlife, he did not imagine that instead of complying with his annual Freedom of Information request, the federal agency would start an eight-year drama.

Adam, a Projects Manager in the Humane Society International’s (HSI’s) Wildlife Department, had been requesting FWS figures to continue tracking US imports of wildlife carcasses.  Of particular concern were endangered and imperiled species—elephants, rhinoceri, and leopards—most of whom enter the US as taxidermed trophies, killed by wealthy American males. The Humane Society of the US (HSUS) had been requesting, receiving, and analyzing trophy hunting trends since 2000, amassing a decade of wildlife import stats obtained via prior FOIA (Freedom of Information Act) requests. 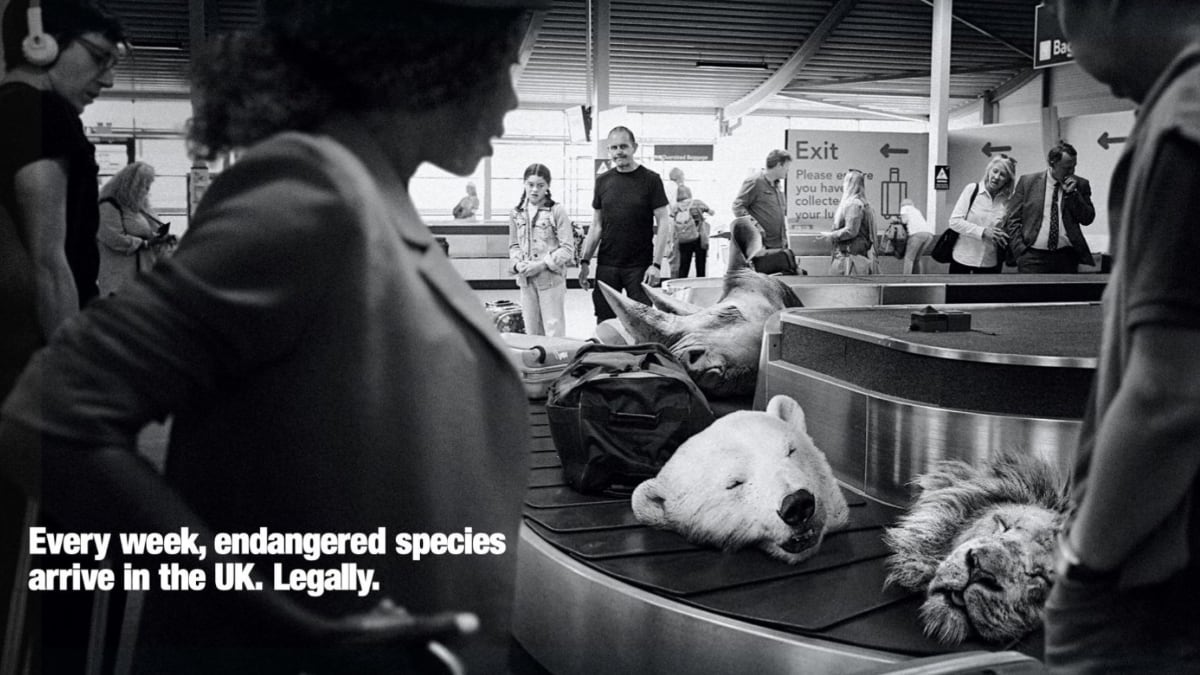 Previously, FWS had cooperated.  Turnover often surpassed FOIA’s statutorily mandated 20 days, but the delays were tolerable.  This time, FWS took nearly six months to respond.  When Adam’s spreadsheets finally arrived, the Declared Value column and the Foreign Exporter column were redacted (blacked out) entirely.  A third column identifying US Importers was largely redacted with many of the importers’ names hidden.  The long-awaited information was nearly useless.

In its accompanying letter, FWS explained that it withheld the Declared Value of the dead wildlife and all the Foreign Importer information under FOIA exemption 4, and withheld the identity of US Importers under exemptions 6 and 7(C).  This was a surprising new affront to FOIA’s spirit of transparency and established FWS norms.  Moreover, it was an inept legal application: exemption 7(C) allows an agency to withhold “records or information compiled for law enforcement purposes.”  That wasn’t the case here.

Pressed to explain why FWS was suddenly invoking FOIA exceptions on data it had shared for the past decade, FWS cited “new supplemental guidance related to business confidential information.”  This supplemental guidance was gleaned by soliciting comments from trophy hunters and wildlife importers via the Federal Register, alerting them to a potential FOIA release. (Federal Register: Freedom of Information Act; Notice of Lawsuit)

Since two years of negotiation had not secured the requested data (but rather forewarning importers), HSUS was compelled to sue to preserve its right to information.  Safari Club International intervened to prevent disclosure. 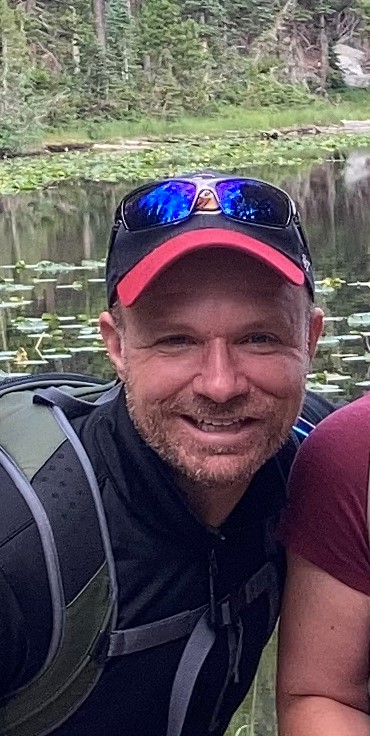 As HSUS prepared for court, a mile away at Food & Water Watch, attorney Zach Corrigan was worried.  Faster kill lines had overtaken chicken slaughterhouses and were poised to become the norm in America’s pig slaughterhouses too.  Pork production had consolidated to around 40 mega-slaughterhouses: some still American, others are foreign-owned like Smithfield and JBS.
All lobbied incessantly for faster kill lines.  USDA Secretary Sonny Perdue yielded to their demands, proposing a New Swine Inspection System (NSIS) for hogs. 83 Fed. Reg. 4780.  The stated goal was to “… improve the effectiveness of market hog slaughter inspection… and remove unnecessary regulatory obstacles to innovation by revoking maximum line speeds.”  Turns out, “removing unnecessary regulatory obstacles” meant removing 40% of federal inspectors from the slaughthouse floor.  Thereafter, fewer pigs received ante-mortem health checks and fewer carcasses were examined for disease.  Eviscerating the 1907 Federal Meat Inspection Act, allowing slaughterhouses self-regulation, and removing trained independent inspectors all threatened consumer safety.  But they sped production. Zach wondered how these combined changes affected contamination–not microbe-level salmonella, but feces visible to the naked eye.

Fortunately, USDA’s proposed NSIS rules included a 90-day comment period.  Zach quickly sent the USDA a FOIA request, seeking to compare feces contamination rates between slaughterhouses that had adopted the New Swine Inspection pilot program and slaughterhouses that had not yet transitioned.  Zach also asked to have his request expedited so the USDA’s stats could be analyzed and commented upon during the comment period.  But while they agreed to expedite Food & Water Watch’s FOIA request, the USDA failed to send Zach all the data during those 90 days.  May, June, July, and August also passed; still the information was not forthcoming.  Meanwhile, the USDA finalized their NSIS rules on September 17, 2019, publishing them in the Federal Register on October 1, 2019.  Zach, who had not received all his data 8½ months after requesting it, filed a lawsuit on November 7, 2019.

Two different stories; one remarkable tool.  Although delays are lengthy and federal agencies increasingly beholden to industry, the 1967 Freedom of Information Act continues to illuminate dark places.  You need not be a lawyer to file a request.

We will explore ingenious ways animal rights advocates have used FOIA on Wednesday, July 13th at Noon.   These stories may inspire you to draft your own FOIA request.  Like all National Lawyers Guild webinars, July 13th is free, fast, and concludes with a Q&A.  Register here: https://FOIA-Use-Against-Animal-Abuse.eventbrite.com.

To follow the two cases described above, access our interviews of Nicholas Arrivo (May 31st) and Zach Corrigan (May 16th) on https://lawanddisorder.org. 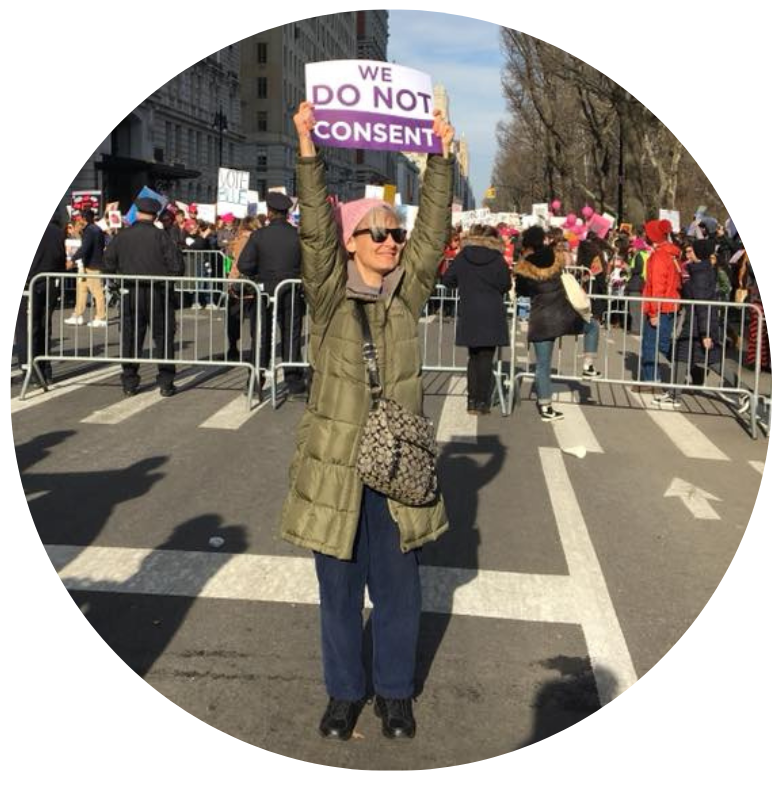 Tamara Bedić, Esq. is President of the National Lawyers Guild NYC and Chair of its Animal Rights Committee.  The committee organizes free, bimonthly webinars on intersections of animal rights and the law.  Tamara is guest host on the progressive radio show Law and Disorder.  An animal rescuer since she was nine, Tamara shares her home with two FIV+ cats.