By Kirk Robinson on February 8th, 2019 in Featured, Overkill vs. Coexistence 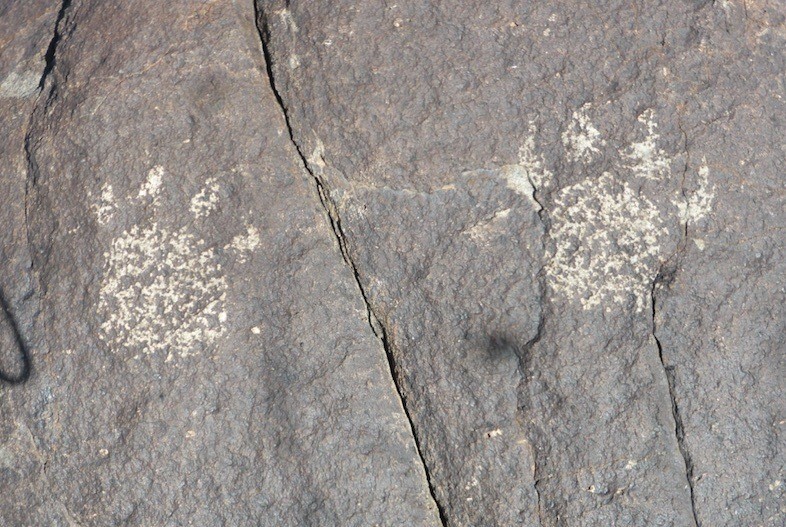 “The Precautionary Principle” in Conservation

“The last word in ignorance is the man who says of an animal or plant, “What good is it?” If the land mechanism as a whole is good, then every part is good, whether we understand it or not. If the biota, in the course of aeons, has built something we like but do not understand, then who but a fool would discard seemingly useless parts? To keep every cog and wheel is the first precaution of intelligent tinkering.”
~  Aldo Leopold, Round River: From the Journals of Aldo Leopold

We conservationists talk about the “precautionary principle” (PP) as if there is such a thing and we know what it is.  But if there is not a univocal, canonical formulation of the principle, is it really a principle at all?

There is a “family” of formulations that urge precaution when planning or engaging in actions that might affect nature or the human environment.  Most people probably think of the PP in fairly simple terms such as “Look before you leap,”  “Better safe than sorry,” “Be prepared,” and so on.  But simple apothegms such as these are of little use when making prudent decisions on any matter, let alone matters of wildlife/wildland conservation and management – the kind that I am chiefly concerned with here.

Such formulations are almost vacuous.  At most they simply urge caution as a general rule.  We find them attractive because we tend to automatically supply imaginary scenarios where caution brings good results, which imaginary results in turn seem to confirm the utility of the principle.  For example, one can easily imagine a scenario where not looking before crossing a street leads to disastrous results, which seems to confirm the utility of a rule of caution aptly expressed by “Look before you leap.”  But focusing on one kind of scenario obscures the fact that we can also imagine scenarios where applying a rule of caution leads to disastrous results, e.g., pausing to look around before jumping into the street to save a child or pausing in the crosswalk to look around when you hear a car racing toward you, horn blaring!  Hence we also have sayings like “He who hesitates is lost.”

Considering this, it behooves us to know what we are talking about when we use the term ‘precautionary principle’.  What do we have in mind by this term?

“Where an activity raises threats of harm to the environment or human health, precautionary measures should be taken even if some cause and effect relationships are not fully established scientifically.

In this context the proponent of an activity, rather than the public bears the burden of proof.”

“Where there are threats of serious or irreversible damage, lack of full scientific certainty shall not be used as a reason for postponing cost-effective measures to prevent environmental degradation.” Principle 15 in the Rio Declaration on Environment and Development: Rio Earth Summit in 1992.

These formulations sound much better than the simple apothegms.  They seem concise, relatively clear, and defensible, which is good.  However, it has been forcefully argued by legal scholar Cass Sunstein and others that they are actually too strong – so strong that they are logically inconsistent (self-contradictory), and hence not useful.  To put the point more perspicaciously, they support contradictory prescriptions equally strongly, which prescriptions therefore nullify each other.  Or what comes to the same thing: such principles often don’t support any prescriptions at all. 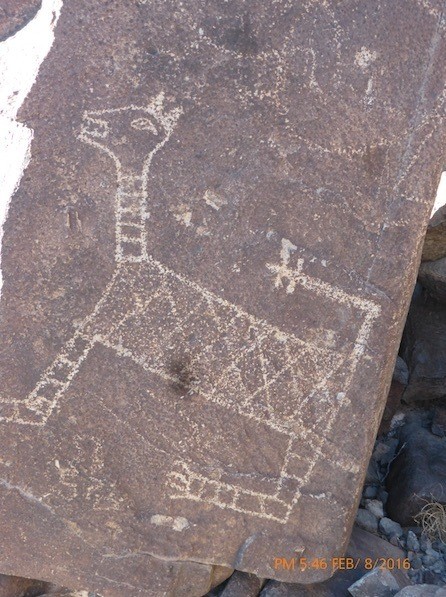 To see why, consider that the so-called precautionary principle, in one or another strong formulation, is often used to justify regulation of technology and industry because of a fear of unintended and undesired consequences.  Sunstein et al. cite examples, such as the following, that appear to undermine this use of the principle:

“It turns out that the danger that regulation will create new or different risk profiles [rather than eliminate risk] is the rule, not the exception.

In the case of arsenic, the administrator of the Environmental Protection Agency expressed concern that aggressive regulation, by virtue of its cost, will lead people to cease using local water systems and to rely on private wells, which have high levels of contamination.  If this is so, then stringent arsenic regulation violates the precautionary principle, for the same reason that less stringent regulation does.”  The Precautionary Principle as a Basis for Decision Making, by Robert W. Hahn and Cass R. Sunstein

So does the PP support stronger regulation of arsenic or not (and similarly for other proposed regulations)?  It seems plain that in many cases it might not clearly support one course over another.  Therefore, unless there is an antecedent reason for preferring the risks and benefits of exercising caution over the risks and benefits of forgoing caution, “strong” formulations of the PP simply cannot tell us what it would be best to do – which is to say that they are useless for making prudent decisions.  Further complicating matters, there are almost always unknown risks and benefits to any large-scale undertaking, making it difficult to argue in favor of caution over incaution.

Here’s how I respond to this argument.  I grant that the prudent exercise of caution requires a sufficient epistemic base, supplemented with a morally adequate set of valuations, to warrant a particular action or inaction.  Moreover, I take it as implied by any worthy formulation of the PP that looking to see whether such an epistemic-moral base exists in particular cases is imperative.  Indeed, this is exactly what exercise of the PP is all about.  It is not supposed to be a universal rule stating that it is always best to err on the side of caution, which is how Sunstein comes close to construing it.  I admit that there may be cases where no antecedent reason for preferring caution to incaution exists, but we will not be able to discern among cases by recourse to bare assumptions.  We must look and see.

Is it possible to delineate a type of case where adequate reasons for caution exist, and hence where the burden of proof falls squarely on those who urge against caution?  I suggest that there is at least one large and important class of cases of this very kind.

As conservationists, we are particularly concerned about impacts to the health of ecosystems.  Ecosystems are natural systems that are typically comprised of numerous “parts” (species, communities) and numerous feedback loops and various cycles.  They are complex and difficult to delineate.  What we don’t know about ecosystems and ecology far exceeds what we do know.  But we do know that humans, along with all other extant species, depend on the healthy functioning of ecosystems: the “parts” of ecosystems are interdependent and thus form an “organic” whole.  In a certain literal sense, ecosystems are extensions of our own bodies, since no living thing can survive for long in complete isolation from the rest of creation.

Because of the complex organic nature of ecosystems (mutual interdependence of innumerable parts), there is a rational presumption that messing with them in big ways will be harmful to humans and to other species.  This, combined with a morally adequate set of valuations that, summed up, basically says “Life is good,” is enough to support a general moral prescription for exercising caution with respect to ecosystems.  Analogously, when you take apart a watch or other machine, you want to keep all the parts and remember how they fit together and in what order.  You certainly wouldn’t say “Well, for all I know, by removing this spring the watch will keep even more accurate time, so away with it.”  This is why Aldo Leopold famously remarked “The first rule of intelligent tinkering is to keep all the parts.”  One important difference, of course, is that the “design” exhibited by a watch or other piece of machinery is a human artifact, while natural selection is the “designer” of living organisms and systems – or at least so I believe.

As conservationists, we have nothing to fear from sophisticated skeptical analyses of the precautionary principle.  The land organism (or land system, if you prefer) was born well the first time, so tinkering with it on a grand scale (removing or destroying vital parts such as predators) cannot improve it, only put it at risk.  This isn’t to say that all tinkering, i.e., all activities that alter the natural environment, are detrimental to it.  All organisms and species alter their environments, and in so doing contribute to the making of Nature writ large.  Partly it’s a matter of scale: when we start chopping up ecosystems, removing entire species, altering the chemistry of the atmosphere and poisoning the waters on a large scale, there can be no serious doubt that the results will ultimately be bad – not universally bad perhaps, but overall bad.  And that’s why we need the precautionary principle.  It could also be aptly called the Principle of Humility. 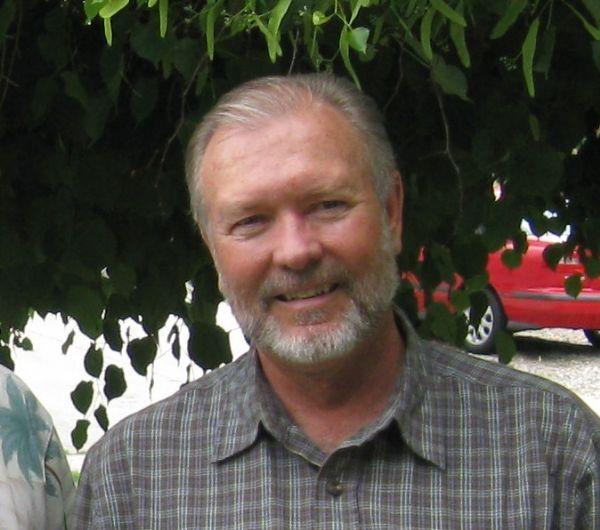 I like “Principle of Humility.” We should use it more.