By Rewilding on April 19th, 2018 in Habitat Destruction vs. Habitat Restoration 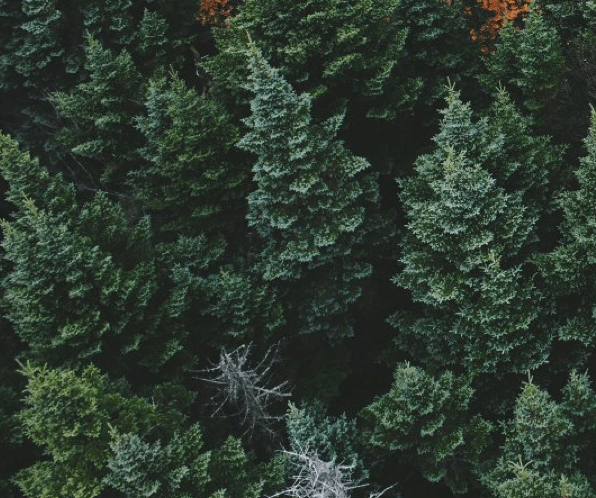 Recent studies have arrived at the same blunt conclusion: the world’s last, big wildlands are disappearing at an alarming rate. Is there anything to be done?

If you’ve ever topped out on a peak in Alaska’s Brooks Range, or floated through Idaho’s Frank Church/River of No Return Wilderness, you’ve perhaps had the sensation that the surrounding wild country rolls on forever.

It’s a pleasant feeling. It’s also a feeling that has never been more misguided.

Studies published in the last few years have arrived at the same blunt conclusion: the world’s last, big wildlands are disappearing, even faster than researchers expected. “We are running out of wilderness,” James Watson, director of the science and research initiative at the Wildlife Conservation Society, told fellow scientists last summer at the International Congress for Conservation Biology in Cartagena, Colombia. Watson, an associate professor fellow in the School of Earth and Environmental Sciences at the University of Queensland, Australia, pointed to a 2016 study in which he and colleagues described “catastrophic declines” worldwide in the extent of terrestrial areas that remain mostly free of human disturbance and retain their ecological and biological integrity.

In the series of studies starting in 2016, Watson and colleagues found that nearly 10 percent of the world’s terrestrial wilderness has been lost in about 25 years. That’s an area half the size of Australia. Much of the land that remains nearly untouched is desert, tundra, boreal forest “and the most remote moist tropical forests of the Amazon and Congo Basins”—in short, land that doesn’t yield easily to agriculture.

One bright spot: More than 80 percent of this wilderness still lies in large, contiguous chunks of at least 6,200 square miles, the authors found. (It’s an arbitrary number, they acknowledge, but of a size they consider globally significant for the functions it can perform.) Even so, the authors found “substantial erosion” of these big areas over the past two decades. Seventy-four percent of the blocks had shrunk. Many of the earth’s terrestrial biomes, or natural communities of flora and fauna, have little to no globally significant wilderness remaining, they wrote.

These 2016 studies aren’t the only ones to record such grim losses. Not long ago, Peter Potapov wondered how some of the planet’s least-touched forests were faring. Potapov, a research associate professor at the University of Maryland, and his colleagues used satellite images to compare how these intact forests had changed between 2000 and 2013.

What they found was sobering. The extent of these landscapes worldwide shrank by more than seven percent in just 13 years. That’s a loss of 571,000 square miles—or more than twice the size of Texas—according to their 2017 study, “The Last Frontiers of Wilderness.” These large, intact forests are still found around the world. About half of what remains lies in the world’s tropical regions, the authors said. Most of the losses occurred there—mostly in Brazil, though also in Africa. But the Northern Hemisphere lost forest, too. More than one-third of the world’s remaining large intact forest acreage lies in the boreal forests of the far north, mainly in Canada and Russia. Canada lost 88,000 square miles during that period, while Northern Eurasia lost 70,000 square miles, the study found. Elsewhere, Romania lost all of its large intact forest. Paraguay lost almost 80 percent. At the current rate, about 20 countries—including Bolivia, Congo, and Myanmar—will lose all of their large forests in the next 60 years, the authors predicted.

The culprits, of course, are humans, with our unprecedented reach and our ever-increasing appetite for land, whether to access timber, food, minerals, or energy. Loss of large wilderness typically follows a pattern. First, industrial logging opens up the land. The plow then follows the axe. “In the Brazilian Amazon, 16 percent of logged areas are cleared for agriculture in the first year following logging, with further losses of more than 5 percent per year for the next four years,” Watson and his colleagues noted in their work. Roads appear—frequently built for mining and energy exploration—that further fragment the landscape. By one estimate, more than 15 million miles of new roads will be built globally by 2050. Invasive species hitch a ride.

This cascade alters the land and its ability to function forever. Restoration can help, even a lot. But protection efforts are failing to keep pace: loss of wilderness worldwide is nearly double the rate of conservation, Watson and his co-authors found.

The research suggests that the land will never be the same, at least not in human lifetimes. And the implications we face because of this loss include effects on climate change, extinction of species, and the spread of disease. “The continued loss of wilderness areas is a globally significant problem with largely irreversible outcomes for both humans and nature,” Watson and his co-authors wrote.

For one, there’s growing evidence that big pieces of nearly unaltered land, and intact forests in particular, mitigate climate change. More than one-quarter of all the CO2 that humans have contributed to the atmosphere since 1870 has come from deforestation and degradation of forests. “Intact forests store more carbon than logged, degraded or planted forests in ecologically comparable locations,” Watson and his colleagues reported in a new paper in Nature Ecology & Evolution. Intact forests function as major “net carbon sinks,” sequestering carbon in trees, plants and soil. If the world wants to hit the goals of the Paris Agreement, it needs these forests, the authors wrote.

These areas also regulate the weather. Air that passes over intact tropical forests “produces at least twice as much rain as air that passes over degraded or non-forest areas,” scientists have found. In Australia, some research found that the degradation and loss of intact forest increased the number of dry and hot days, decreased daily rainfall intensity, and increased drought duration during El Niño years.

Wildlife depends on intact forests. Watson called these places “arks” and “strongholds,” and said they provide refuge and genetic diversity—key as areas elsewhere are squeezed. And we depend on them, too. “At least 250 million people live in forests,” he his co-authors said in the new paper, “and for many of them, their cultural identities are deeply rooted in the plant and animal species found there.” Forests continue to be the source of new medicines for humanity. And several infectious diseases associated with forests, including Ebola, dengue fever, and Zika “are undergoing changes in risk to humans due to deforestation, forest degradation and human encroachment,” the authors wrote.

Which is not to say no progress is being made. Potapov’s study found that 12 percent of intact forest landscapes were protected to international standards. And, encouragingly, in some places, erosion of forests was up to four times higher outside of protected areas than within them.

But protections were more successful at stopping timber harvesting than agriculture, Potapov’s study found. And protections are only as good as the enforcement. In Indonesia, for instance, there are “paper parks” that exist mostly in name, Potapov told Outside. Russia built major facilities in Sochi National Park so it could hold events for the Sochi Winter Olympics—an intrusion that introduced a bark beetle that’s now decimating the region’s trees, he said.

What should be done?

The U.N. Convention on Biological Diversity calls for at least 17 percent of the world’s land and inland waters to be conserved by the year 2020. The same convention calls for halving the rate of loss “of all natural habitats, including forests”—and where possible, reducing the loss to near zero. Only a handful of countries are on track to meeting the ambitious so-called “Aichi target” of 17 percent, however.

Preservation advocates say that international policies and incentives often emphasize the extent of forest protected, rather than the quality of the forest protected. What’s more, most countries don’t set goals for wilderness protection. “We’re arguing that not all forests are equal,” said Watson, and that intact forests are worth prioritizing for conservation. Policies and incentives need to shift to take into account the value of these last wild places, he and others argue.

Enforcement of recent anti-deforestation efforts needs to be bolstered, so it’s clear that trees from intact forests aren’t entering the world’s supply chain, they say.

In the past, the U.S. has been progressive in protecting large tracts of land. Take the 1964 Wilderness Act and the 2001 Roadless Rule, the latter of which prohibits road-building and timber harvesting on nearly 60 million acres of inventoried roadless public lands. However, those who advocate for large areas of wilderness suggested the country has backslid of late, pointing to recent actions such as Congress’ vote to drill on the coastal plain of the Arctic National Wildlife Refuge and Alaska Senator Lisa Murkowski’s attempts to open up the old-growth forests of Alaska’s Tongass National Forest to timber harvesting.

There are some, though, who see a problem with this clarion call to protect the world’s wilderness. Robin Chazdon, a research professor at the University of the Sunshine Coast in Queensland, doesn’t argue that the world needs to conserve its last big, wild places. But the traditional Western scientific approach is to put nature first, then figure out how people can accommodate nature, says Chazdon, who is also the executive director of the Association for Tropical Biology and Conservation. “That kind of scientific approach to policy making has failed,” she says. If you want to have areas that are off-limits to larger-scale development or exploitation, she says, “You have to provide these countries other ways of meeting their needs.” Otherwise, the call for conservation just looks like a bunch of white men from rich countries—however well-intentioned they may be—telling poorer countries what to do, she says.

One promising path with wide support is giving indigenous communities title and management over their traditional lands. “For instance, the creation and management of indigenous territories has reduced (although, as with protected areas, not halted) deforestation across the Amazon Basin,” Watson and his colleagues wrote. Similar management is underway with First Nations governments in the Peel Watershed of Canada’s Yukon. It helps that, in February, the government of Justin Trudeau marked $1 billion in its 2018 budget to protect land and water over the next five years to help the country reach its Aichi targets.

Asked if he was optimistic about the future, Watson said technology, such as satellite imagery, now gives politicians and scientists more information about wilderness, so they could do the right thing and save it. He was less optimistic they would do so, however. “The good news is that we still have time,” Watson says. “Quite frankly, the next 20 years count.” We still have time, he says, but it’s running out.

New Documentary: Taking the last stand for the Tongass