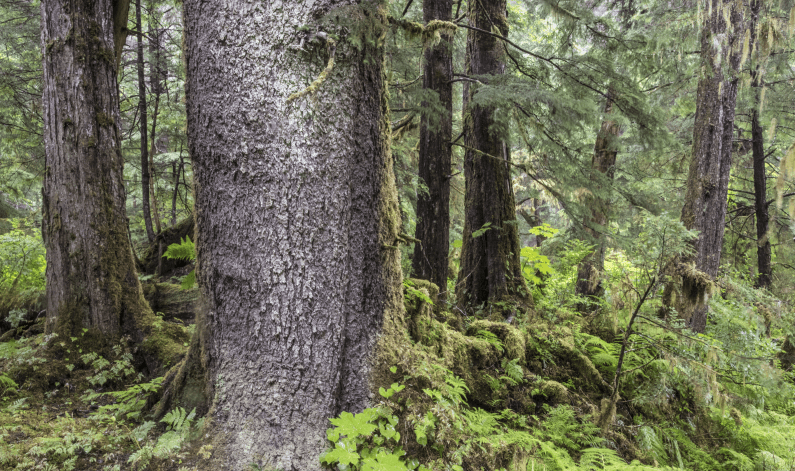 The Tongass National Forest occupies almost the entire Southeast Alaska Panhandle.  It is one of the few temperate rainforests left on Earth that has not been lost because of human actions.  The Tongass is the largest National Forest in the country.  It is compromised of 17 million acres of rugged mountains, glaciers, ice-fields, wetlands and estuaries, lakes and rivers, and beautiful moss-laden forests with Sitka Spruce, Western Hemlock, and Red and Yellow Cedar trees.

The trees of the Tongass have long been the target of the timber industry.  There is a long history of short-sighted timber extraction on the Tongass and a tragic, depressing, and shameful history of land management.  The political dynamics of National Forest management and Alaska’s Congressional delegation’s obsession with short-sighted exploitation over long-term ecological protection and economic and social development have combined to make the Tongass one of the continent’s most entrenched environmental conflicts. 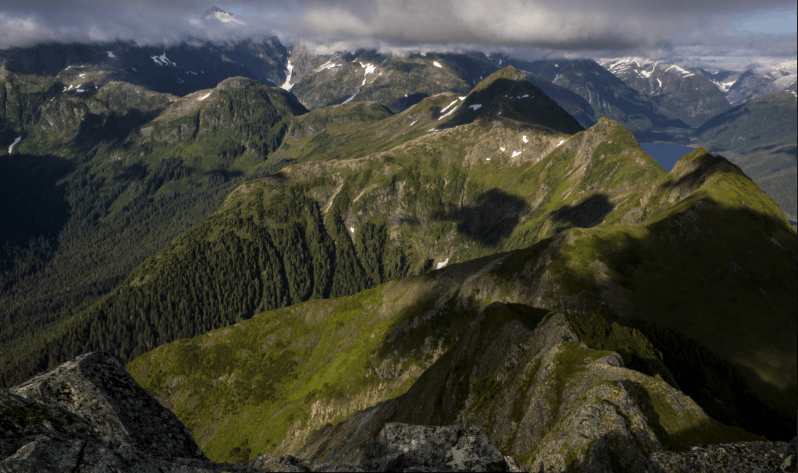 Luckily, citizen activism—and the pure ruggedness of the landscape—have kept some of these great forests standing.  The Clinton-era Roadless Area Conservation Rule laid out protections and ensured that any areas where no roads had already been built would remain without roads, and without timber sales, or timber access roads.  The Roadless rule currently keeps over 9 million acres of the Tongass wild, protecting clean water sources and critical fish and wildlife habitat. 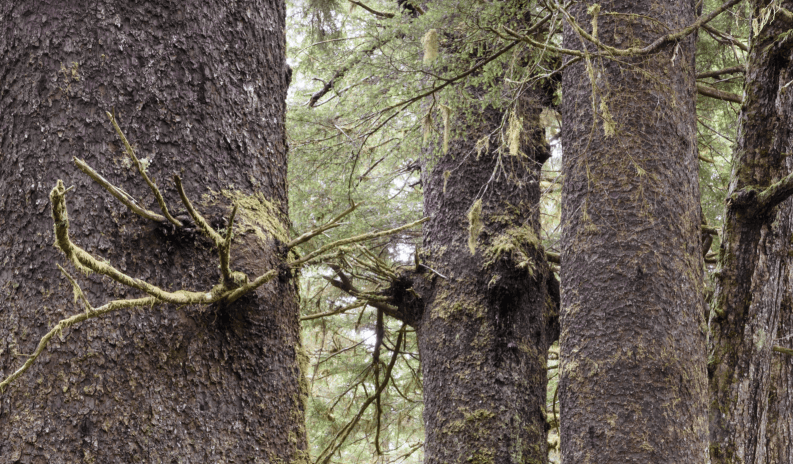 That would change if the Trump Administration, Alaska’s governor, and the Alaska Congressional delegation get their way.  They are pushing for a full exemption to repeal the Roadless Rule on the Tongass, and they seek to increase the levels of old-growth logging and to prop up a timber industry that needs tens of millions of dollars a year in subsidies to keep it afloat.  This is happening despite Alaska Native tribes’ opposition and scoping comments from thousands of Alaskans who urged the Forest Service not to touch the 2001 Roadless Rule in the scoping period last September and October.

Listen to Andrew’s interview on the Rewilding Earth Podcast!

This conservation roll-back is being pushed despite the fact that after 60 years of logging the best of the old-growth timber, very little left is economic to harvest.  Timber sales are being put up by the Forest Service that cost them $4 million for planning and road building, while being offered for minimum bids of $120,000.  Some of these sales, such as the North Kuiu timber sale, receive no bids at all and constitute a total loss for the American taxpayer. Acres are clear-cut for just a handful of spruce trees that have the vertical tight grain that is wanted by piano and instrument makers or for a couple of Red Cedar logs that are of sufficient grade for suburban fencing and patio furniture. 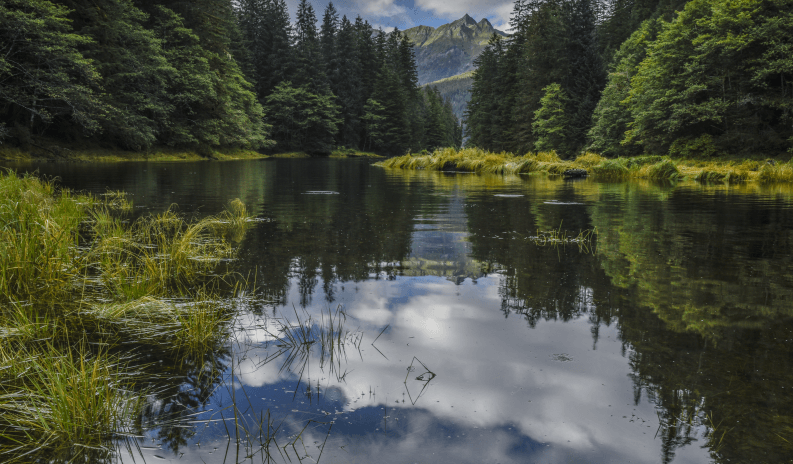 The Tongass is a national issue.  It is a national forest and is owned by all Americans.  Forest management decisions should not be made because of a Senator’s father who is old-buddies with the people who were big in the logging heydays, and who, as a result of this friendship, have unprecedented access to the Senator’s ear. These old-school timber industry folks are able to use their connection to the Senator’s family to exert political influence. They push the narrative that “if we can just get access to more acres on the Tongass, we can get back to the good-old days of widespread clearcutting and economic prosperity’ — even though this supposed economic prosperity never extended past the pockets of a few well-connected mill owners and timber operators. Unfortunately, this corruption is the current reality, and especially with Trump as president, this sort of thinking is encouraged. 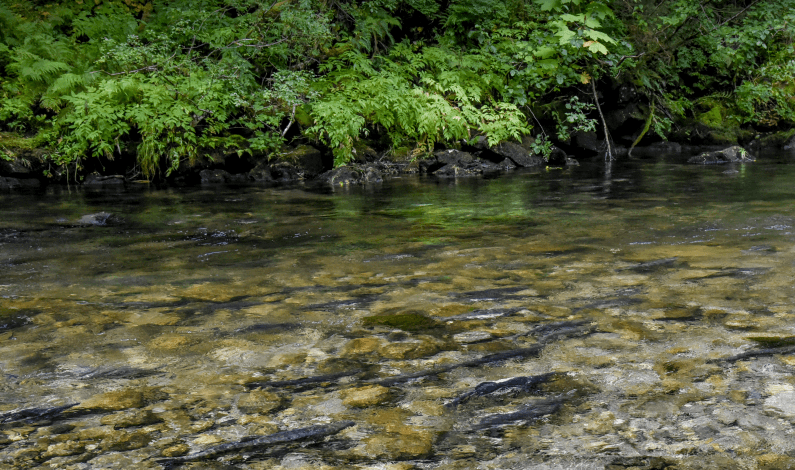 Today, the Tongass National Forest is recognized as a wild salmon producer where most of the salmon on the West Coast spawn.  It is a place that gets millions of visitors and is becoming more affordable to visit.  Old-growth forests are among our continent’s most important and stable carbon sinks.  The Forest Service is increasingly recognizing these facts, but they need Congress to give them the mandate to manage the Forest for these values—rather than keeping up the failed paradigm of “getting out the cut.” 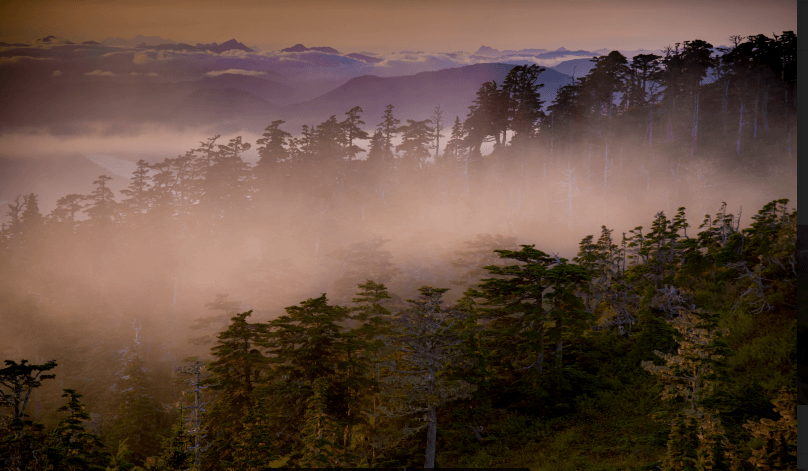 How You Can Help the Tongass: 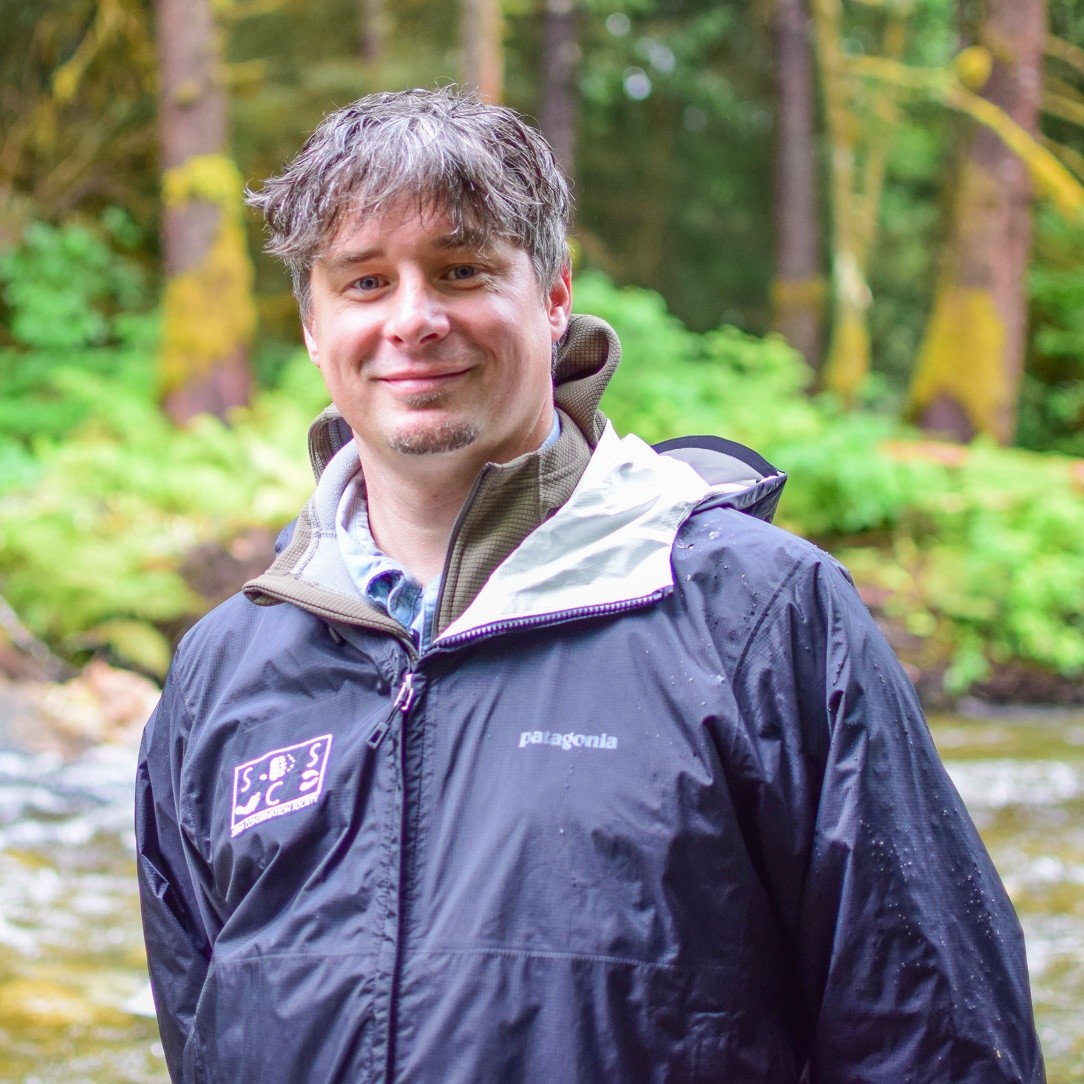 Andrew Thoms grew up in rural upstate New York State. After studying Environmental Sciences at SUNY Plattsburgh, he worked for 10 years in Latin America as an environmental specialist in international development projects.  Most of his projects focused on the interface between the sustainable use of natural resources and the conservation of tropical biodiversity.  One of his favorite jobs was developing and integrating new techniques for cultivating coffee in an environmentally sustainable way on a Guatemalan Coffee farm that he managed for a few years. Andrew received a Master’s degree in Conservation Biology and Sustainable Development at the University of Wisconsin where he concentrated his studies on conservation and economics.  Andrew enjoys being outdoors hunting, birdwatching, fishing, and exploring.