By Rewilding on September 21st, 2018 in Eco Fiction, Featured 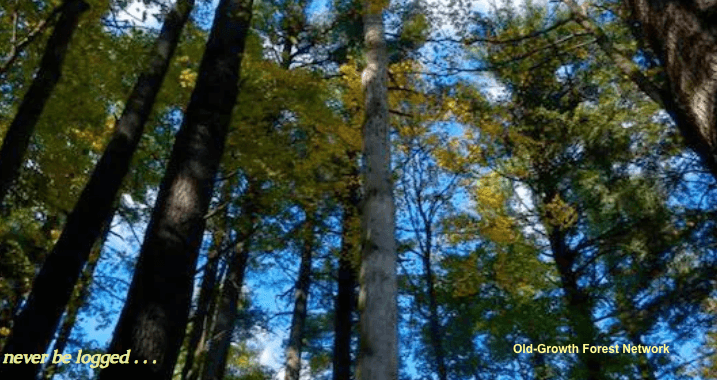 As founder and director of the Old-Growth Forest Network, I was recently contacted by the XPRIZE Foundation. The XPRIZE organization designs competitions to address great challenges. Beginning in 2018, XPRIZE and Kimberly-Clark are teaming up to identify the biggest challenges and trends in forest development as well as breakthroughs that could promote a sustainable future for forests.

As a participant in this “Future of the Forests” challenge, I was asked to: Imagine you’re a journalist, writing a story on March 21, 2040, the International Day of Forests. What would be your headline and lead that day? Below is the story I wrote in 2040.

Looking back at the Tree Rights Revolution

Many of you young people cyber-viewing this article today had not yet been born when the Tree Rights Revolution occurred twenty years ago. So let me tell you the story …

Like all revolutions it had been growing slowly for years, but there was one specific day when we could say that the plant kingdom rose her regal head. On that now famous date, March 21, 2020, the Supreme Court of the United States voted that trees had rights and humans could be prosecuted for violating those rights.

This new way of understanding the world was a great challenge. What about the many things that were still made of wood fiber? Despite our manufacturing advances, there were many items that could not be replaced by synthetics. Fine musical instruments were just one example.

As in all cases when the culture shifts, there were numerous adjustments and details to consider. Eventually it was deemed acceptable to put trees to use for human good only if the trees were planted by humans on formerly unforested land.

We needed to differentiate these crop trees from the wild trees. After a few years of protests and court cases, a new vocabulary was developed. Tree Farms were places where trees were planted to be used for their fiber. Upon harvest new trees would be planted in their place. Morally this was not an ideal solution, but the harvested trees were shown honor and respect for the services they provided. 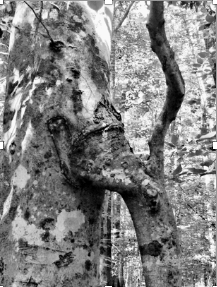 In contrast to the Tree Farms were the Wild Forests. It was strictly illegal to harvest from a Wild Forest. These places were considered the lungs of the planet. Many people walked through the Wild Forests for the health benefits they got from breathing the living air. School locations and curricula were reorganized to ensure that all children spent a minimum of a day a week in a Wild Forest.

The recently created Space Force was dissolved and the federal funds directed toward that were used instead to pay for the new Forest Force. This branch of government paid for school restructuring, purchased Wild Forest lands, and prosecuted any entities found destroying Wild Forests. The Forest Force had human telephone operators that would answer within three rings anytime of the day or night. These operators were celebrated for their responsiveness and efficiency. Jobs in the Forest Force were sought after, and many people volunteered to work on the Force without pay.

Among its many other accomplishments the Forest Force made sure that there was at least one protected, open to the public, accessible forest in every county that was or would become old growth. Visiting the local Wild Forest soon became an important way to socialize and restore one’s spirit.

Across the globe other nations were watching to see what this revolution would bring. It didn’t take long before the scientists reported positive results of cleaner waterways, a resurgence of biodiversity, and a healthier populace. The UN, which had been monitoring the global loss of forests for half a century, called a special convention to discuss the new trend in Tree Rights.

At that convention, it was pointed out that the carbon dioxide levels in the atmosphere had been holding steady for the first time since measurements began. Ecotourism to the Wild Forests of the United States was now a huge economic driver. Chartered flights and package tours from almost every nation on earth brought additional income to every municipality near a Wild Forest. Those towns near never-logged old-growth forests were doing remarkably well.

In the same way that the US had, a century and a half ago, been a leader in the national park movement – with other nations eventually following suit – the Tree Rights Revolution has now spread across the globe. Despite scientists’ predictions that atmospheric carbon dioxide level reductions would be impossible in such a short amount of time, CO2 levels did indeed start declining.

Now, in 2040, as we celebrate the International Year of the Forests once again, it is difficult to imagine the reticence some felt toward tree rights in 2020. In hindsight most of us wish we had made the change sooner.

Joan in her element

The preservation of unique and beautiful tracts of land as National Parks is often called America’s Best Idea. Now it is our turn to ensure that future generations can experience native forests in their mature diversity and complexity.

Joan is the author of: