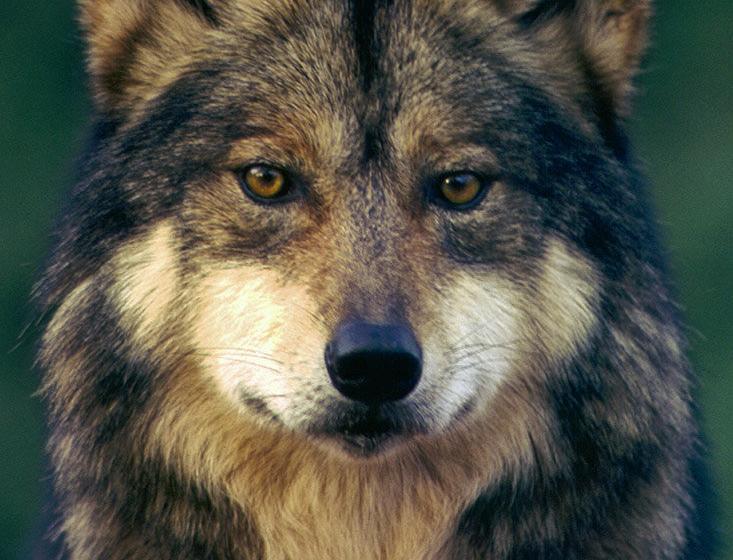 Washington, D.C. (July 15, 2019) – Today is the final day to submit comments on the Trump Administration’s proposal to strip Endangered Species Act (ESA) protection for all gray wolves living in the lower 48 United States, except for the separately listed Mexican gray wolf.

Comments submitted by conservation groups The Rewilding Institute, Project Coyote and Wildlands Network point to substantial flaws and omissions in the U.S. Fish and Wildlife Service’s (USFWS) analysis of the relevant science and their interpretation of various ESA mandates. The ESA requires that decisions to remove endangered species from federal protection under the ESA must be based on “the best scientific and commercial data” available at the time of the decision. It also requires a determination that the species is no longer in danger of extinction “throughout all or a significant portion of its range.”

Wolves are as essential to the health of their ecosystems as they are reliant upon healthy ecosystems for their survival.  When allowed to exist at ecologically effective population densities and distributions, vital functions of wolves include keeping large herbivores from overgrazing their habitat and limiting populations of mid-sized predators. Removal of wolves or other top carnivores from an ecosystem can unleash a cascade of responses that diminishes biodiversity and overall ecosystem health.  By disproportionate predation on the sick and weak, coursing predators such as wolves generate evolutionary selection for healthier, faster prey. With Chronic Wasting Disease rapidly infecting big game herds across the country, scientific studies indicate that restoring wolves to vast areas of their former range could be an effective strategy for reducing the prevalence and checking the spread of this devastating disease and other wildlife diseases.

“The USFWS proposal erroneously claims that restoring gray wolves to the three Great Lakes states of Minnesota, Wisconsin, and the Upper Peninsula of Michigan plus the three Northern Rocky Mountain states of Idaho, Montana, and Wyoming at a minimum population of about 2,000 wolves will assure their long-term survival in the lower 48 United States throughout all or a significant portion of their range,” said David Parsons, a wildlife biologist who formerly led the USFWS’s Mexican Wolf Recovery Program and who is now the Carnivore Conservation Biologist for The Rewilding Institute and a science advisor to Project Coyote. “It is hard not to conclude that the proposal to delist gray wolves represents a political decision in search of a science-based justification, rather than a well-reasoned decision that flows from a critical application of the best available science, as is required by the ESA.”

Gray wolves formerly ranged throughout all or parts of 42 states and historically numbered at least in the hundreds of thousands. The USFWS has determined that the restoration of gray wolves to about 10 percent of their historic range and only a fraction of 1 percent of their historical abundance is sufficient to deem them recovered and no longer in danger of extinction.

“No credible conservation geneticist would consider the USFWS’s gray wolf recovery goals to be anywhere near adequate to ensure the long-term viability, ecological function, and evolutionary potential of gray wolves in the lower 48 states,” said Dr. Michael Soule, a Project Coyote science advisory board member and a founder of the discipline of conservation biology.

“The proposed rule ignores vast swaths of existing, highly suitable habitat, which will remain indefinitely impoverished by reduced biological diversity and impaired ecosystem health,” said Kim Crumbo, Senior Carnivore Expert for Wildlands Network. “Today, wolves inhabit only a small fraction of their historic range within the lower 48 states. But wolves have yet to recover in additional parts of the country—including the Pacific Northwest, northern California, the southern Rocky Mountains, the Grand Canyon ecoregion and the Northeast—where prime wolf habitat still exists.”

A peer review by independent scientists, commissioned by the USFWS, found demonstrable errors of scientific fact, interpretation and logic throughout the proposed gray wolf delisting rule and the accompanying biological report. Substantive reviews by other conservation organizations and independent scientists corroborate and add to the findings of the commissioned peer reviewers. For example, on May 7, more than 100 scientists and scholars sent a letter to Interior Secretary David Bernhardt stating that the proposal to remove Endangered Species Act protections for gray wolves across nearly all of the lower 48 states “does not represent the best-available science pertaining to wolf conservation.”

The peer reviewers’ recommendations leave the USFWS with two options: 1) produce a proposal that is consistent with the best available science as informed by the independent peer reviewers and others, or 2) retract the proposal altogether. Ignoring the peer and public review findings and recommendations in part or in whole will be met with public outcry and most likely litigation.

Americans remain supportive of wolf conservation and of the ESA. Recent research indicates three in five hold a positive attitude towards wolves. Even those living in wolf range have a largely positive attitude toward these magnificent animals. In 2013, the last time the USFWS proposed a national delisting of wolves, approximately one million Americans stated their opposition to stripping endangered species protection from gray wolves, and it appears there will be substantially more public opposition this time.

Comments on the gray wolf delisting proposal are being accepted until midnight July 15.  Click here to submit comments.

See Project Coyote’s and The Rewilding Institute’s comments on the proposed rule here.

The Rewilding Institute’s mission is to develop and promote ideas and strategies to advance continental-scale conservation in North America, particularly the need for widely distributed and ecologically effective populations of large carnivores and effective landscape corridors for their movement. TRI offers a bold, scientifically credible, practically achievable, and hopeful vision for the future of wild Nature and human civilization in North America. Visit Rewilding.org to learn more.

Wildlands Network is a western-based, national organization whose mission is to reconnect, restore and rewild North America so that the diversity of life can thrive. We envision a world where nature is unbroken, and where humans co-exist in harmony with the land and its wild inhabitants. For more information, visit Wildlands Network.