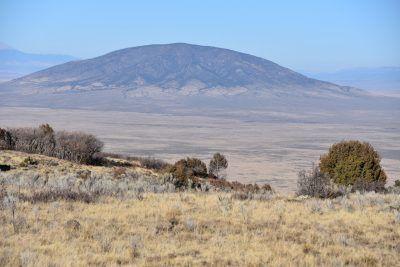 ALBUQUERQUE, N.M. — A 54-year-old conservation program that has helped provide outdoor recreation access across New Mexico and the nation would be all but eliminated in the 2019 budget President Donald Trump has sent to Congress.

The Land and Water Conservation Fund gets its money from offshore oil and gas leases, but the proposed budget would divert 98 percent of those funds. Land Tawney, president and CEO of the group Backcountry Hunters and Anglers, said for decades, the program has been successful in increasing access to parks and public lands by diverse groups of people. “You know, there’s nothing more American than our public lands, and the Land and Water Conservation Fund helps provides opportunities for all Americans to enjoy these public lands that belong to all of us,” Tawney said. “And the idea of cutting this program doesn’t make any sense to us, and I don’t think it’s going to make any sense to the American people.”

In New Mexico, LWCF funds have helped conserve such places as the Valle de Oro National Wildlife Refuge and the Rio Grande del Norte National Monument. The budget proposal would use LWCF funding to help address the maintenance backlog in national parks instead. In addition to funding public lands access, Susan Torres with the New Mexico Wildlife Federation said LWCF grants are used as matching money to build community soccer fields and baseball diamonds.“There are these parks that rely on LWCF funding to maintain their access and make them safe for kids throughout the city,” Torres said. “So I think that that’s one of the things that I personally think is very important about LWCF is making sure that our parks are safe and equitable for everyone to be using them.”Outdoor recreation is the nation’s third-largest economic driver, generating $887 billion each year. Torres said ending the program would leave many current parcels of land unprotected and outdoor restoration projects unfinished.“So there could be a lot of restoration programs throughout New Mexico that don’t go funded – wetlands rehabilitation, increased access to places in Rio Grande Del Norte where people can go fishing,” she said. “A lot of those places where we’re working to get more access, those things could just kind of fall to the wayside and cut people out from where they should have access to.”The Land and Water Conservation Fund has never received full funding, as Congress often diverts the money for other purposes. In recent years, funding has hovered around one-third of the full, authorized level.