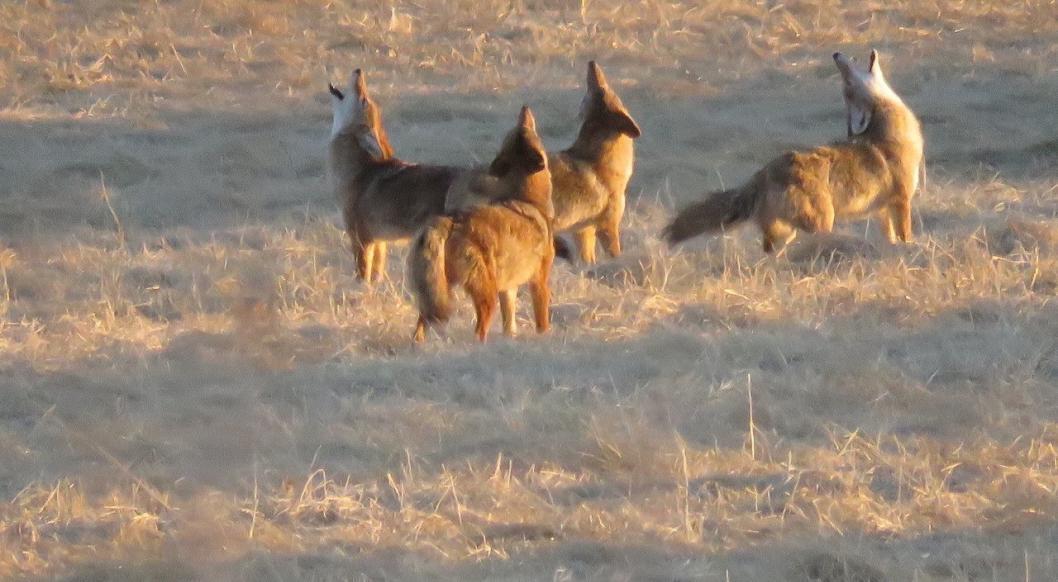 Tuning up for a night of hunting

After a long nap in the sun, these coyotes  are tuning up for a night of hunting. They’re relatively safe here in the in the Bosque del Apache National Wildlife Refuge in New Mexico, one of the states where Project Coyote has succeeded in passing legislation to ban unscientific and unethical wildlife killing contests. © Dave Parsons, The Rewilding Institute and Project Coyote.