By Rewilding on August 2nd, 2018 in Featured, Invasive Species vs. Native Species 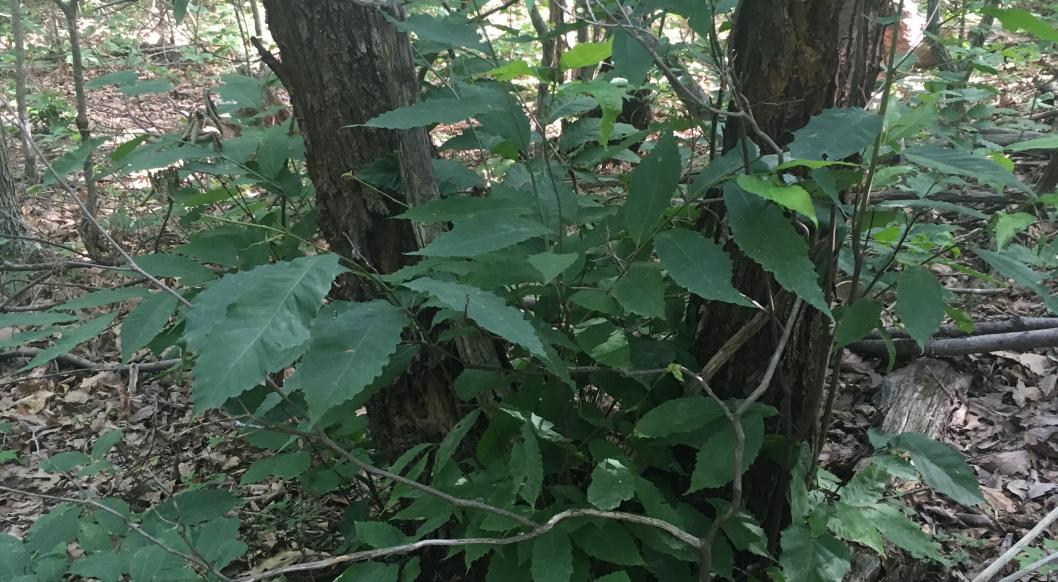 Working to Restore the American Chestnut

The demise of the American chestnut (Castanea dentata) has been described as one of the great ecological disasters of current time. Through the first-half of the 20th century, the species was virtually eliminated from the landscape by an Asiatic blight fungus (Cryphonectria parasitica) introduced on Japanese chestnut materials imported to the United States in the late 1800s.

The American chestnut was densely populated with a range from Maine to Georgia (Figure 1). The Pennsylvania Blight Commission estimated that more than 25% of the state’s hardwoods were American chestnut trees in the early 1900s(1). In native forests throughout their range, mature chestnuts are storied to have averaged up to five feet in diameter and up to one hundred feet tall (Figure 2). Many specimens of eight to ten feet in diameter were recorded, and there were rumors of trees bigger still. 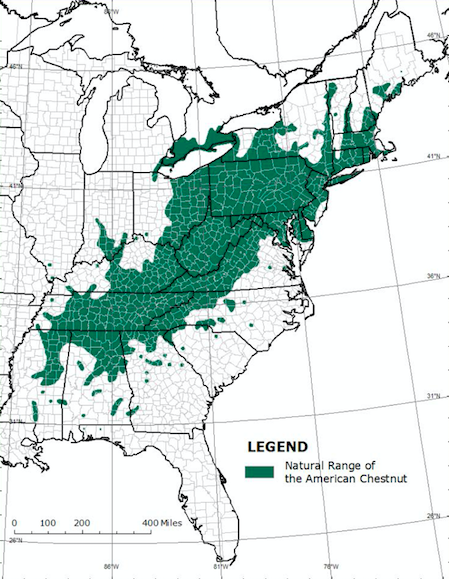 Due to their abundance and enormous size, the American chestnut once ranked as the most important wildlife plant in the eastern United States. A large American chestnut tree could produce ten bushels or more of nuts. Chestnut mast supported many species indigenous to the eastern United States including: squirrels, wild turkey, white-tailed deer, black bear, raccoon and grouse, which once depended on chestnuts as a major food source. 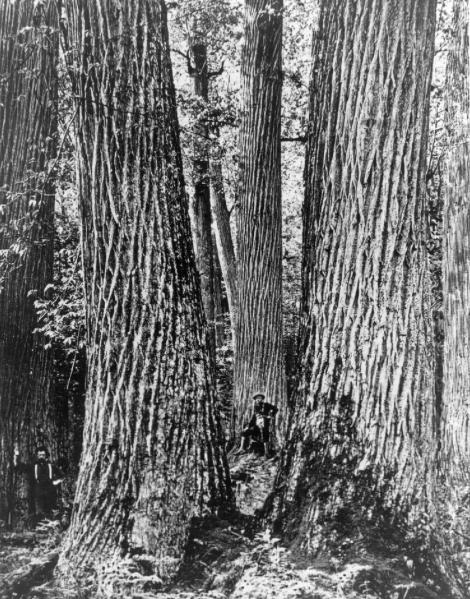 Due to the tree’s capacity to regenerate from the root collar, the American chestnut continues to survive as an understory or shrub species. The American chestnut is now typically only found as a small stump sprout, rarely reaching over 20 feet in height. Although the tree has not been put on the threatened and endangered species list because of its relatively numerous population size, the blight fungus usually kills those stems before they can reach sexual maturity, reproduce and/or expand within its native range. (Figure 3). We call the species “functionally extinct.”

Although millions of sprouts exist throughout the original range, different management strategies, the importation of other exotic and invasive species, and the influence of hungry deer herds, especially in and around urban and suburban areas, all have influenced the species capacity to continue surviving simply through re-sprouting.

Fig 3  Typical appearance of an American chestnut in the wild. There are small, 5′ tall sprouts coming from the base of bigger, blight-killed stems.

IMPORTANCE OF NATIVE SPECIES AND IMPACT ON WILDLIFE

At The American Chestnut Foundation, we often get asked the question: why should we restore the American chestnut? The species has been virtually absent from the Appalachian forest ecosystem for over a century. Why go through all this effort and expense to save it? While it is true that the species has not had a significant effect on the landscape for over 100 years, restoring it will certainly increase the overall diversity and health of native Appalachian forests.

As most readers know, native plant species are integral to feeding native insects and large herbivores. If we can increase native flora, we can increase the health of native fauna. Unfortunately, we are losing major pieces of our Appalachian megafauna every decade. Now under attack from different pests and diseases are the eastern hemlock, ashes, and American beech. The hope is the restoration of the American chestnut will not only lead to improved ecosystem health, but also showcase methods and systems that can be used to assist other native tree species in peril.

To avoid inbreeding and to maximize inclusion of regionally-adapted genetic complexes, TACF utilizes many different American chestnut trees from multiple locations throughout the eastern United States. Thus, every generation of planting material requires that hundreds to thousands of trees be properly screened and tested. To date, TACF has conserved over 1000 sources of American chestnut from across the native range.

Plant pathogens frequently evolve to overcome plant defenses. Although the blight fungus is not known to have overcome the defenses of the numerous Chinese chestnut trees planted in the US, a future “breakdown” of resistance in blight-resistant chestnut trees is possible. To minimize this risk, the more tools in the resistance toolbox that a tree has, the better. Therefore, combining resistance from Asiatic sources, along with that from novel gene constructs such as the oxalate oxidase gene from wheat, will create a more robust and resilient restoration population.

Many land-owners are interested in receiving blight-resistant American chestnuts that are ready to be used for reforestation. Although that is what TACF is trying to achieve, unfortunately, those materials are not yet available for wide-scale distribution.

Volunteer growers plant testing, conservation, breeding, and demonstration orchards every year. Though potentially blight-resistant American trees are being tested, the work is far from over. Restoration of a native species is the goal. As such, we need as much diversity in our breeding program as possible. As TACF moves forward, it will be vital to incorporate more American chestnuts and different types of breeding strategies to create a self-sustaining American chestnut population for many generations to come.

TACF and its chapters rely on our core of citizen scientists to accomplish many of the breeding activities. Volunteers maintain more than 500 orchards and have planted over 500,000 trees. There are over 5000 members in TACF combining to log some 19,000 hours of volunteer time per year! 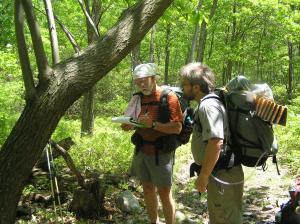 Fig 4  Hikers on the Appalachian Trail near Sunfish Pont in New Jersey. They are cataloguing a “big” tree (>4″ dbh) while doing counts of smaller trees per AT section

HOW YOU CAN HELP

TACF is always looking for new trees for germplasm conservation, places to plant trees, and help in various other field and administrative tasks. To maximize diversity and adaptation of restoration populations, TACF seeks to use as many American chestnut trees as possible.

Starting in 2018, TACF is placing a priority on locating and conserving as many wild American chestnut trees as possible. We need your help to find trees and then collect leaves and/or nuts from them.

Even if you can’t find or plant trees, just joining and spreading the word about chestnut restoration can help continue the work of TACF and its partner organizations to restore more diverse and sustainable forests for the future. For more information about TACF’s work, membership options, and other ways to support our efforts, please visit our website at www.acf.org.

1 The full proceedings of the PA Blight Commission are available on-line through the Internet Archive: https://archive.org/details/publicationsofpe00penn

This is a great article about the American Chestnut’s restoration status. I shared this article on r/AmericanChestnut on Reddit.

Thank you for sharing!