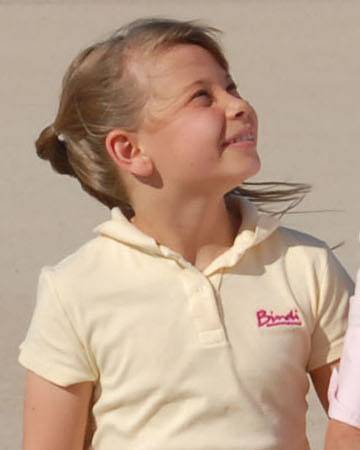 Original post by Joe Bish of the Population Media Center

Many of you may recall the 2006 death of Steve Irwin, an Australian wildlife expert,television personality, and conservationist known as the “Crocodile Hunter” (he was pierced in the heart by a stingray). You may not know, however, that Mr. Irwin’s immediate family remain passionate about wildlife conservation, and his daughter, Bindi, in particular is a bit of a child celebrity.

No doubt it was in this light that Bindi was recently invited, by none other than U.S. Secretary of State Hillary Clinton, to author an 800-1000 word essay on why she had chosen to devote her life’s work to wildlife conservation. The essay was then to be printed in the December edition of Go Wild: Coming Together for Conservation, a journal which reportedly serves as part of Secretary Clinton’s endangered species initiative.

The only problem was that Bindi decided to share her thoughts on human population growth as an incontrovertible, fundamental threat to conservation. Below is one of many such reports out of Australia on the issue, but the real story is in the actual essay written by Bindi and the edited version (which she demanded not be printed after it was gouged beyond recognition). I urge you to click through to see them both, in order to see the population taboo is… alive and well. I have included two screen shots of the separate PDFs to give you the basic gist. The more I think about this turn of events, the audacity and corrupt manipulations become more and more remarkable.

The 14-year-old has stood her ground after an essay she was invited to write for US Secretary of State Hillary Clinton’s e-journal was drastically edited before it was to be published.

The young conservationist, daughter of the late “Crocodile Hunter” Steve Irwin, was asked to write 800-1000 words on why she had chosen to devote her life’s work to wildlife conservation.

The piece was supposed to be published in the December issue titled Go Wild Coming Together for Conservation as part of Secretary Clinton’s endangered species initiative.

But after writing exactly 1000 words urging society to address overpopulation, the former first lady’s department returned it for final approval with most of it edited out.

Bindi used the simple analogy of throwing a party and having too many guests turn up to explain her point of view.

“How is it possible that our fragile planet can sustain these masses of people?” Bindi wrote.

“Think of it this way. Pretend for a moment that I’m having a party, inviting 15 of my closest friends. I’ve rented a room big enough to fit 15 people, I’ve bought 15 sandwiches for each of my friends to eat, and I have put together 15 party bags, one for each friend.

“My party is about to start, and I hear a knock at the door. My friends are here! Only, when I open the door, 70 of my friends are standing there wanting to come to the party!

“What do I do? My room is only big enough to fit 15, with 70 we won’t have any room to move and dance. I don’t have enough food. Do I divide the sandwiches among the 70 people? But then everyone will still be hungry. What about the party bags? Do I only give the party bags out to my closest friends? Isn’t that unfair to everyone else?

“That is the crisis facing mother earth today.”

Terri Irwin, who is raising Bindi and her nine-year-old brother Robert at their Australia Zoo on the Sunshine Coast, said her daughter was less than impressed with the response from the US State Department.

“It’s interesting that she was asked to write an essay about the environment and included the consideration of population (growth) and they returned her essay edited and completely edited that out,” she said.

“So Bindi wrote to Hillary Clinton’s organisation and said ‘what happened to freedom of speech? This is my opinion and I don’t want that edited out’.”

The tough-talking teen – who onscreen has freed Willy, fought pirate animal poachers and hosted Bindi’s Boot Camp – pulled the essay from the publication in anticipation of a response.

“The edited version was not published per Bindi’s request,” Mrs Irwin said.

Secretary Clinton’s department then told Bindi there was not enough time for her to do a re-write, which the Queensland teen refused to do anyway.

“Bindi just respectfully said that she’s not willing to go with the edited version of the story,” a zoo spokeswoman said.

“She said that while it was a good message that they were trying to convey in the publication, she just wanted her whole essay to be printed rather than just a snippet of it without the other points she wanted included.

Mrs Irwin said Bindi, who is following in her father’s footsteps in promoting nature conservation and helping preserve the planet, had become increasingly passionate about the cause in recent years.

“In fact Bindi is so passionate about it that she became very interested in what Dick Smith was talking about,” she said.

“Dick Smith did a documentary called Population Puzzle and Bindi watched that.

“Bindi became so passionate about the issue that she talked to Dick about it and helped launch his book Population Crisis and has become a real advocate.”

The mother-of-two said population growth was an unpopular topic.

“It’s astounding that in just over 100 years we’ve gone from 1.5 billion people on the planet to 7 billion so you think ‘what do we do in the next 100 years?’ We’re going to be warring over water and space and food,” she said.

“I just think it’s fascinating that when Bindi does an interview and talks about population, more than 50 per cent of the time it’s edited out.

“It’s something we do need to talk about or the ship’s going to sink man.”

Mrs Irwin said she had visited communities in Australia which were in desperate need of family planning support.

“Certainly when Bindi, Robert and I were in South Africa four years ago filming a movie we saw a lot of that in Africa as well. It’s a global problem but we recognise it in Africa and we forget it’s something that’s in our own back yard,” she said.

“Everyone talks about recycle and manage your resources but how do you do that when we’ve got so many people?

“It’s not terribly popular but I’m not trying to insult anyone’s ability to decide how many kids they want … but I continue to meet children in foster care and people living on the poverty line who did not chose to have so many children and for who options weren’t made readily available.”

Agreed this is a classic example of the population taboo at work. I wrote about this instance here: http://www.growthbusters.org/2013/01/hillary-clinton-runs-and-hides-from-overpopulation-issue/

Dave Gardner
Director of the documentary
GrowthBusters: Hooked on Growth

We should ask ourselves who gains by suppressing the fact that excessive population growth causes poverty for both humanity and our planet mates….

Good to see that a few people have their eye on the ball.

The good news is far more people have heard Bindi’s speech than would have read it has Ms. Clinton simply published it.

I encourage anyone reading this to make population control a political issue. Encourage limiting tax deductions per child to 2 per household. Encourage providing better medical care as part of foreign aid. Encourage foreign aid aimed at rising people above the economic level of subsistence farming. Statistically the number of children per woman drops sharply as they become economically better off and have access to adequate medical care.

The wonderful message is every one who wants can have two children, love them and care for them all they want and the world population will slowly decline. The world will be a better place for our children and grandchildren and yes there will even be room for animal reserves that contain healthy populations of apex predators.

The dumbing down of this essay into bland statements of consensus was truly cowardly and lame. This is what –we– are up against: a government, and individuals, who must distort the truth into soothing platitudes–unless it is something militaristic where their friends will profit. And they are really not well-meaning—they are the problem. Wildlife and wilderness deserve to exist for their own sake, and masses of people will eclipse them and ruin the quality of life for everything sentient. We could save the planet in one generation–but people just will not get onboard. They prefer extinction to limiting their output of protoplasm.