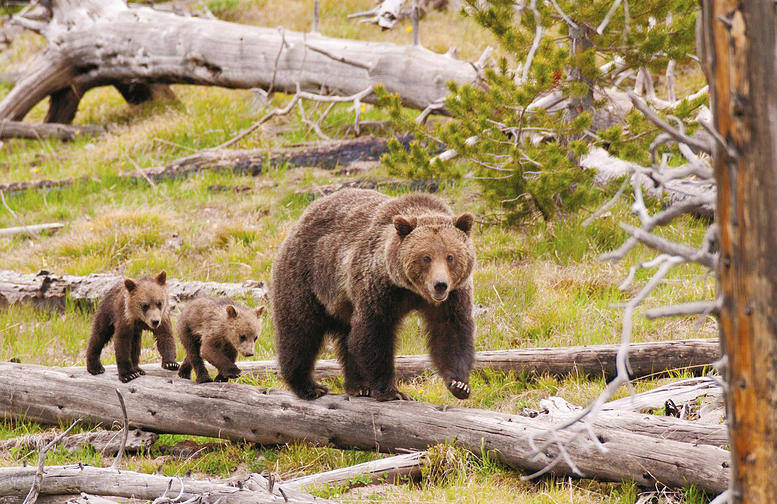 OTTAWA—The Assembly of First Nations (AFN) National Chief, Perry Bellegarde, has petitioned President Barack Obama to “reconsider the decision to delist the grizzly bear from the Endangered Species Act (ESA) and to permit States to profit from trophy hunts of this sacred being.” The AFN is a national advocacy organization representing First Nation citizens in Canada, which includes more than 900,000 people living in 634 First Nation communities and in cities and towns across the country.

The AFN’s just released letter comes in the wake of a delegation of tribal leaders meeting with the White House Council, and House and Senate offices on Capitol Hill. During those meetings, Congressman Raúl Grijalva (D-AZ) indicated to the envoys for the massed tribal opposition that he would take up the fifty-strong tribal coalition’s fight. Tribes state that delisting the grizzly bear is contrary to tribal interests and will cause irreversible damage to tribal cultural practices due to the significance of the grizzly in ceremonies integral to tribal religions.

Tribes are insisting that the “thorough” and “meaningful” consultation with the US Fish and Wildlife Service (FWS) mandated by President Obama in his 2013 Executive Order creating the White House Council on Native American Affairs be honored, along with a raft of other treaties, acts, executive orders, secretarial orders, and laws.

“THE DEMAND TO PRESERVE PROTECTIONS FOR THE GRIZZLY BEAR IS ALSO BEING PURSUED BY FIRST NATIONS GOVERNMENTS IN CANADA,” NATIONAL CHIEF BELLEGARDE ADVISES PRESIDENT OBAMA. “GRAND CHIEF STEWART PHILLIP OF THE UNION OF BRITISH COLUMBIA INDIAN CHIEFS SAID OF THE TROPHY HUNTING OF GRIZZLY BEARS IN BRITISH COLUMBIA, ‘IT IS ABSOLUTELY BARBARIC, THAT WE ALLOW RICH PEOPLE TO COME IN AND SLAUGHTER THE BEARS.’ THE AFN FULLY SUPPORTS THE POSITIONS OF THE RECOGNIZED INDIAN TRIBES IN THE UNITED STATES WHO SHARE THIS POSITION.”

The fifty federally recognized tribes in the coalition revere the grizzly as sacred, and stand against states trophy hunting a sacred being on sacred ancestral homelands. The tribes contend that it is an infringement of tribal sovereignty and a violation of the federal trust responsibility for the Department of Interior to disregard tribal interests and impose a delisting rule that benefits three states over a coalition of tribes from Montana to Arizona.

The AFN urges the Obama Administration to recognize efforts by the Blackfeet Nation in unison with the Blackfoot Confederacy First Nations, which “are developing a viable alternative to State approaches that consider killing these sacred beings as the preferred option for grizzly bear management.” National Chief Bellegarde points out that, “The Blackfoot Confederacy model promises innovative and sound conservation strategy, and incorporates the precedent established by the Northern Tribes Bison Treaty.” The model, he says, “will nurture cultural revitalization, and also offer economic opportunity to Native Americans, that in turn has the potential to improve the lives of American Indian youth.”

FWS Director Dan Ashe informed the tribal delegation that the agency intended to proceed with issuing the proposed rule to delist the Yellowstone grizzly bear by early 2016, regardless of tribal opposition or the lack of a defined and complete consultation process with tribes being followed prior to the rule’s release. The tribes continue to lobby the Obama Administration to institute a moratorium on grizzly delisting. “The Department of the Interior needs to institute a moratorium on the delisting of the Yellowstone grizzly bear until proper consultation is addressed with each affected tribal nation respectively,” says Vice Chairman Lee Juan Tyler of the Shoshone Bannock tribes of Idaho.

Removing federal protections from the grizzly will also remove the existing protections on the lands the bear occupies, loosening restrictions on energy, livestock and timber leases on approximately two million acres of Greater Yellowstone. “We are aware that it is the states that are driving the delisting and the trophy hunting of the grizzly bear, and that the federal government is bowing to the states. The states need to cease and desist,” continues Vice Chairman Tyler. “We have no treaty with the states; our treaty is with the United States government, and federal law has long established that as tribes we are above the states,” he explains.

In May 2015, the Navajo Nation was the first tribe to appeal to Interior Secretary Sally Jewell to introduce a moratorium on delisting the grizzly. National Chief Perry Bellegarde reiterates the necessity for such to President Obama, not just to ensure “a full and meaningful consultation process,” but also to “provide an opportunity for recognized Indian Tribes and independent scientists to review the raw data upon which the US Fish and Wildlife Service is basing its conclusions about delisting the grizzly bear.” The FWS has so far refused to release the taxpayer-funded data for independent examination and analysis.

Please read further to learn why Delisting is a Bad Idea:

Please continue reading to learn about Orienting to Grizzly Bears