"The massive growth in the human population through the 20th century has had more impact on biodiversity than any other single factor."
—Sir David King, science advisor to the UK government

“We need to speak more from the question of how many not who. To get out of the thicket, we need to help people understand that cutting immigration is not anti-immigrant and not tied to nativism or racism, but tied directly to our ecological future.” © Dave Foreman Man Swarm, How Overpopulation is Killing the Wild World

Specific measures for slowing, stopping, and reversing population growth can and must include:

These measures have been shown to often lead to the demographic transition, to low fertility, long life expectancy, and a higher quality of life.

Man Swarm: How Overpopulation is Killing the Wild World by Dave Foreman, with Laura Carroll.

The first edition of Man Swarm reached the conservationist community; in this new and updated edition, Dave Foreman and seasoned editor Laura Carroll expand the readership to the masses. This tight second edition: lays out how the overpopulation explosion is still with us, smartly challenges those who don't believe overpopulation is real, shows that overpopulation is solvable, takes an ecological stand on immigration and its reform in the U.S. as part of the solution, and gives tangible ways all people can be part of the solution. 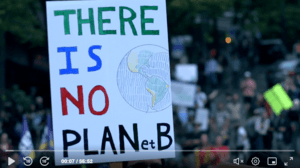 Declining populations are often presented negatively in the press and by politicians. But one of their benefits is to open up space for ecological restoration on the landscape. We discuss how fewer people has translated into more wild nature in recent “rewilding” efforts in Portugal and the U.S. Midwest.

Episode 93: An Eye-Opening Discussion On Practical Solutions To Human Overpopulation

A first look at 8 Billion Angels!