The Mogollon Wildlife Corridor: A Big Step Toward Half Earth 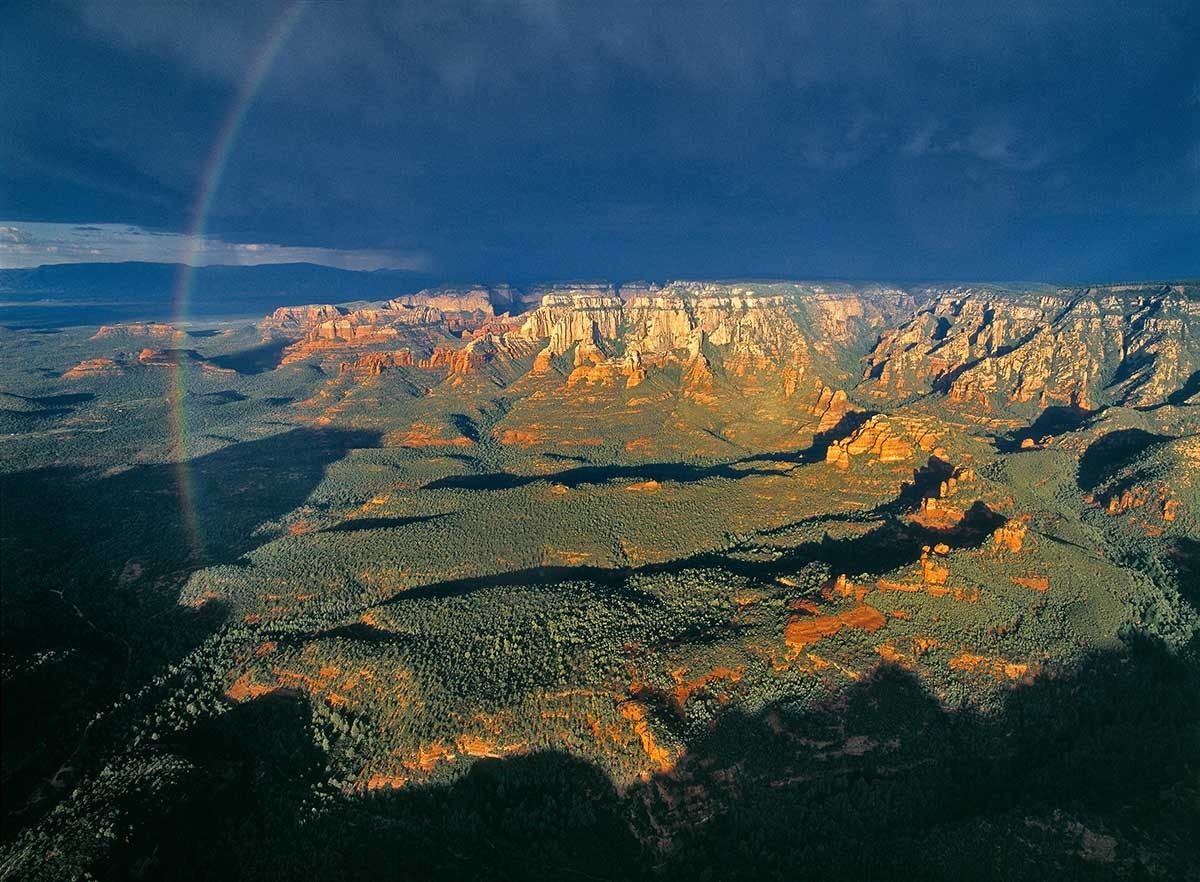 The Mogollon Wildlife Corridor is a vast area of mountains, rivers, and forests sweeping west and north from the Gila Wilderness in southwest New Mexico to Grand Canyon National Park in northern Arizona. It is a bold but achievable vision for connecting and protecting wild places. It is a promise to give diverse plants and animals the space they need to survive and thrive.  It is essential habitat for the reintroduced population of Mexican Wolves (Lobos) and for a restored future population of Jaguars.

The concept of rewilding drives the Mogollon vision. Well-established conservation science shows that maintaining the natural systems on which all life depends (like forests and rivers) requires protection of the "3 Cs:" Cores, Corridors, and Carnivores. That is, large, linked natural areas in which a wide range of species—including those that maintain balance in systems like wolves, bears, and mountain lions—have room to roam, hunt, and find mates.

Currently, parts of the Mogollon Wildlife Corridor are already protected and the entire area has been mapped and even traveled by conservationists, but the project as a whole has yet to be realized. The MogollonWildlife Corridor would knit together 11 million acres at the intersection of four unique and diverse ecological regions: the temperate Rocky Mountains to the north, sub-tropical Sierra Madre Occidental to the south, and the drier Chihuahuan and Sonoran Deserts to the east and west.

Much of the Mogollon area is the homeland of indigenous tribes and holds their vital cultural and ecological history. Nearly all of the area would comprise public lands, such as parts of the Gila and other National Forests and the Grand Canyon and other areas managed by the National Park Service.

The full blueprint for the Mogollon Wildlife Corridor, including in-depth analysis of the places and species it supports, was developed primarily by Kim Crumbo, a tireless advocate for the natural areas and indigenous peoples of the Southwest and beyond. A broad intact wildlife corridor along the Mogollon Rim and Plateau (southwest end of the vast Colorado Plateau) was one of the projects he was advancing at the time of his passing in 2021. The Rewilding Institute, Wild Arizona, Wildlands Network, New Mexico Wild, and other partners are working to achieve Kim’s vision for the Mogollon Wildlife Corridor.

The protection and restoration of wild areas—including those along a future Mogollon Wildlife Corridor—is necessary to address both the loss of biodiversity and climate chaos. These closely interconnected crises are the biggest challenges of our times.

Eminent ecologist Edward O. Wilson and his global Half-Earth project have shown that keeping at least half of the planet in a more wild, protected state is key to ensuring the survival of diverse species, including humans. The protection of public lands in the United States is central to the Half-Earth strategy, as well as the national policy goal of conserving at least 30 percent of lands and waters by 2030.

Large intact lands help reduce climate impacts because they sequester carbon naturally and provide ecological resilience in the face of storms, wildfires, and drought. They provide wildlife, plants, and trees safe access to new areas—which could spell the difference between survival and extinction as current habitats change. Areas like the Mogollon Wildlife Corridor also safeguard springs, streams, and rivers—the vital water on which all life depends and is ever more precious as the planet warms.

Most of the proposed Mogollon Wildlife Corridor would be made up of public lands currently held in trust for the benefit of all and managed by the US government. Unfortunately, like other parts of the West, even these lands are carved up by roads (which can be impassable or even a death knell for animals) and are often degraded by logging, drilling, mining, and overgrazing by livestock.

Making the Mogollon Wildlife Corridor a reality will require stronger federal and state protection of specific parts of the land, natural systems, and species.

"We ought to practice rewilding at all scales and wherever we can."  ~environmental historian John Miles

The Mogollon Wildlife Corridor: A Big Step Toward Half Earth and Beyond