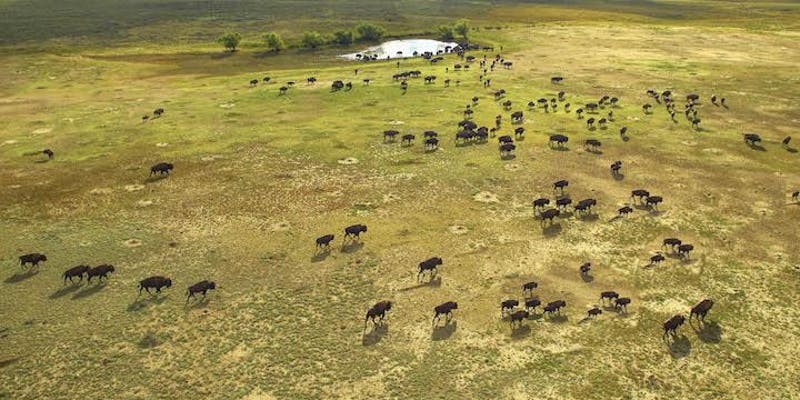 As economic patterns shift, land use is changing and human populations are abandoning vast regions of the planet. These redistributions have created space for a relatively new idea in conservation: “rewilding,” whose advocates have pushed for the active return of land once used for farming, ranching, and other human purposes to a more ‘natural,’ pre-industrial state.

Biodiversity projects like this are happening on various scales around the world: in places like the Iberian Peninsula, Great Britain, Russia, Brazil. It’s also happening in the American West—where the non-profit American Prairie Reserve has acquired some 400,000 acres of northeastern Montana ranchland with the goal of creating the preeminent grassland ecosystem on earth.

“Rewilding” is redefining 21st-century frontiers, both physically and philosophically. But it is also controversial, especially when the subject is the reintroduction of wolves—as happened in Yellowstone in the nineties—and other predators.

The Explorers Club is proud to have the participation of two leading authorities in the “rewilding” debate. Join us for a robust discussion of the topic, with a special emphasis on the prospects for species such as wolves and bison, including special guests:

Dr. Kyran Kunkel, a wildlife biologist, is Director of Wildlife Restoration and Science at the American Prairie Reserve.

Maggie Howell is Executive Director of the Wolf Conservation Center in South Salem, New York, which works with the U.S. Fish and Wildlife Service to reintroduce Mexican gray wolves and red wolves into the wild.

The discussion will be moderated by journalist, filmmaker, and Explorers Club Member Darrell Hartman.