Rewilding in the Face of Climate Change

‘Rewilding in the face of climate change,’ Carlos Carrol from Society for Conservation Biology on Vimeo.

Rewilding was initially defined as the protection of interconnected wilderness landscapes large enough to support wide-ranging mammals and other focal species, goals the proponents termed the 3Cs (cores, corridors, and carnivores).

However, effects of climate change on ecosystem processes such as trophic cascades have implications for the rationale underpinning rewilding strategies, leading conservation practitioners to ask what they should do differently when considering climate resilience in tandem with frameworks such as the 3Cs.

This webinar explores whether and how the threat to biodiversity from climate change prompts reconsideration of the central concepts of rewilding and other ambitious strategies for expansion of protected areas, and how practitioners can best address climate-related threats in protected area design through a 4Cs strategy: Cores, Corridors, Carnivores, and Climate Resilience. 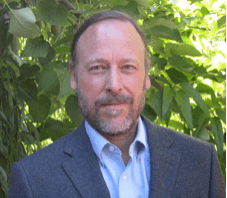 Dr. Carlos Carroll is an ecologist with the Klamath Center for Conservation Research in Orleans, California. His research focuses on habitat, viability, and connectivity modeling for a diverse group of threatened species ranging from large carnivores to endemic plant species.

The Greening of Anti-Science

In general, most evolution occurs through earlier developmental stages.
Adaptation, if not always quickly selected through mutation, over time occurs correlated to the diversity existing in a genome. Much of the epigenetic variation (and transcriptional, sometimes microevolutionary molecular process) that happens in response to stresses can either grant time for genetic variation to either supplant or enhance nongenetic adaptive response.
These are arguments for maximal preservation, as response to human habitat conversion and other effects, e.g. molecules that have no other production outside human fabrication may induce selection, as the microplastics we now understand as persistent and pervasive.

(Certainly all species co-evolve, but this does not itself mean that humans dispersed for a few thousand or few tens of thousands of years is itself valid as selective force in evolution. What our niches were as indigenous, differ significantly fro present high levels of habitat conversion and species-excluding cultures. Thus critical examination of claims of validity can be an exclusively self-serving cognitive bias, which may not be consistent with any effort to restore climate-resilience, as just one example of conflationary ideation. The extremely varied cultures of herding cultures across Asia , induced extinctions, local extirpations, and other influences diminishing not only biodiversity, but cultural diversity, forcefully extinguishing or diminishing some cultures whose remnants are both scattered and distorted due to what we can call syncretism. But arguing demands for any human control of habitat is not my intent here)

Dr. Carroll has adapted the rewilding/evolutionary exigencies to the (also natural – self-serving bias is an essential pressure and behavior of organisms for three billion years or more, after all!) rhetorical clamor in response to perceived threat so common to our symbolic vocal species, quite well, noting the valid habitat-relevant critiques, and adjusting the biogeographical issues in response.

Politicization, I’d only remind listeners, comes from the Greek for city or community. humans make coalitions to control, just as insects evolved pheromones, for individual and related group reproductive success, an evolutionary process. We coalesce absorbing cognitive rage similarly to other communicable disease, to make atrocious and tragic war.

Some cultures , such as many North American sought honesty and inclusive pan-species recognition of relationship, certainly the most urgent cognitive candidate for syncretic absorption and prominence by the dominant culture. We are aware of some exploitative utilitarian beliefs in some North American cultures, which, when combined with technological acquisition, also have threatened other species of diverse life.

This caution is directed at any who would expand automatic validity without criticism.

More than most surviving cultures of other continents, we find a N. A. indigenous practice of requiring essential consensus (perhaps 95% excluding only the incompetent and psychopathic) to proceed with community action.

This , along with that cultural prizing of honesty and inclusion of all life around may be the only real way to deflect and avoid the Anthropogenic Extinction Event, often mistermed “Anthropocene “Epoch” by those who misunderstand the difference between the extended and often multicausal past extinction events, and the demonstrable short memory and hubris of our species.
(and I hope you will excuse my language here; it is expressed this way due to the accelerating and compelling urgency experienced over the decades of half a century of observation)