Another piece in conservation biology’s big-picture puzzle is the importance of natural disturbances. Caribbean forests are adapted to periodic hurricanes and eastern temperate North American forests to tornadoes, blowdowns, and ice storms. Many plant communities in North America evolved with wildfire. Floods are crucial to establishment of new trees in riparian forests. Carnivores exercise top-down regulation of prey species numbers and behaviors. Such disturbances help maintain the natural mosaic of landscapes and natural vegetation types. Fragmentation of habitat, however, changes the scale of events and thus the effect. If a wildland is too small and isolated, a disturbance can affect or perturb all of it, thus eliminating a habitat type for a long time. 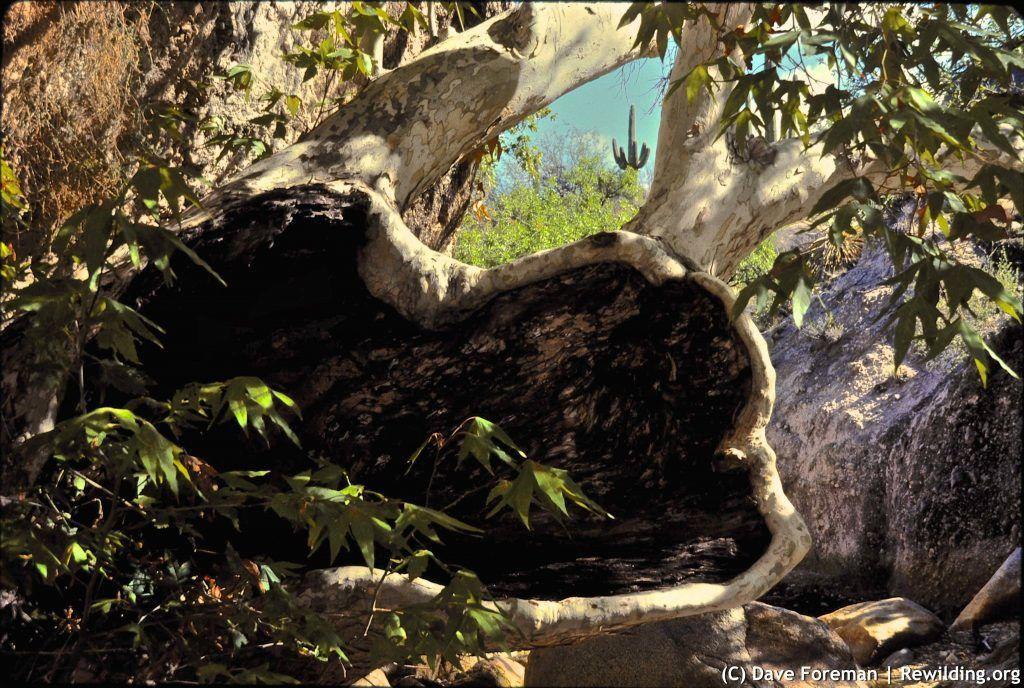 To be viable, habitats must be large enough to absorb major natural disturbances (types of stochastic events). As early as 1978, ecologists S. T. A. Pickett and J. N. Thompson argued that nature reserves needed to be big enough for natural disturbance regimes. They termed this a minimum dynamic area. When Yellowstone burned in 1988, there was a great hue and cry over the imagined devastation, but researchers have found that the fire was natural and beneficial. Because Yellowstone National Park covers 2 million acres and is abutted by several million acres more of national forest wilderness areas, the extensive fires affected only a portion of the total reserve area and were well within the bounds of historical natural disturbance.

Daniel Simberloff and his coauthors in chapter 4 of Continental Conservation identify fire, hydrology, and predation as the ecologically most essential natural processes to restore. All have been severely disrupted throughout North America south of the boreal forest.

(Adapted and condensed from Rewilding North America by Dave Foreman [Chapter 7]. Copyright © 2004 by the author. Reproduced by permission of Island Press, Washington, D.C.

Rewilding North America: A Vision for Conservation in the 21st Century by Dave Foreman (Island Press 2004). Order from The Rewilding Project.

Fire, Native Peoples, and The Natural Landscape edited by Thomas R. Vale (Island Press 2002).  Physical geographers (as opposed to cultural geographers) study their regions of expertise in the United States to determine the relative role of Indian use of fire to “domesticate” the continent before Columbus.  They find that wilderness deconstructionists and others grossly overstate this role and that natural ignition sources (lightening) better explain the prevalence of fire.  The anthology is also an excellent overview of the incidence and ecological role of fire in many North American ecosystems.

Stewart T. A. Pickett, “Natural Processes,” in Status and Trends of the Nation’s Biological Resources, 11-36.