In an important recent paper in Conservation Biology, Michael Soulè, Jim Estes, Joel Berger, and Carlos Martinez del Rio show that top carnivores and other “highly interactive species” need to be present in an ecosystem in “ecologically effective densities.” They propose two goals for the “laws and policies that apply to the conservation of biodiversity”:

The first is the goal of geographic representation of interactions, which calls for extensive geographic persistence of highly interactive species. Conservation plans and objectives (design, management, and recovery) should provide for the maintenance, recovery, or restoration of species interactions in as many places as feasible, both within the historic range of highly interactive species or in other sites where the consideration of climate change and other factors is appropriate. 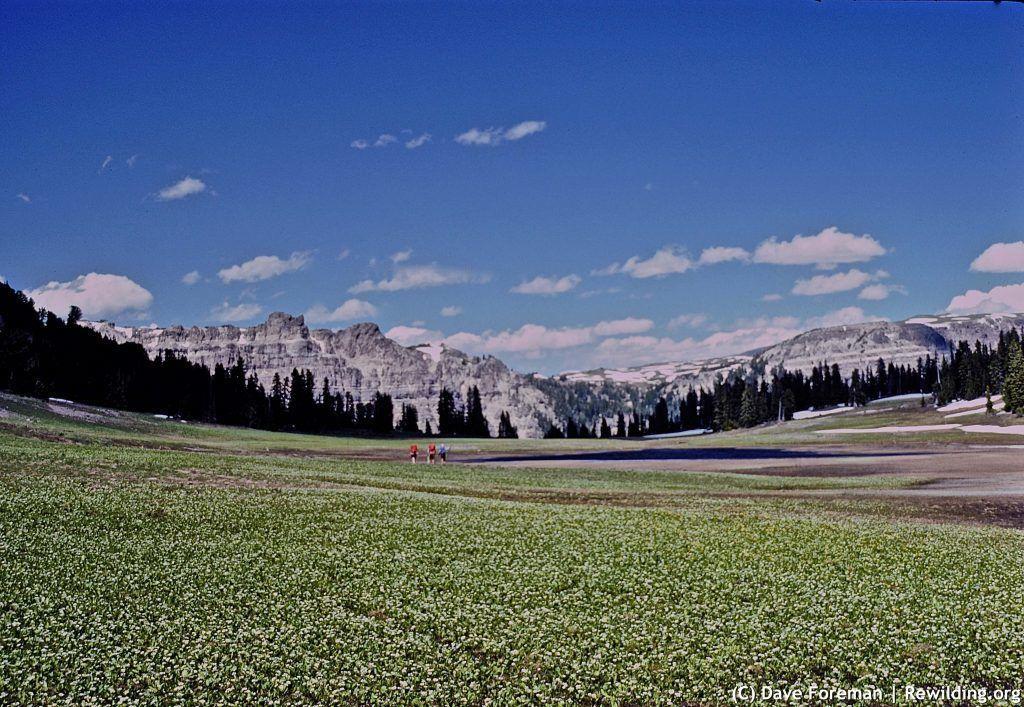 The second goal concerns ecological effectiveness within ecosystems, communities, or landscapes: Conservation plans should contain a requirement for ecologically effective population densities; these are densities that maintain critical interactions and help ensure against ecosystem degradation. This goal replaces the de facto nonecological practice of requiring only the attainment of minimum viable populations.

The point at which highly interactive species fall below the densities needed to regulate their ecosystem is called the “breakpoint.” For example, there is a breakpoint in sea otter density after which otters can no longer control the sea urchins overgrazing the kelp community, or, as Soulè and company write, “Abrupt phase shifts between kelp-dominated and deforested states thus occur with changing abundance of sea otters.” The breakpoint may vary for the same species depending on the presence of other predators or different ecological conditions, or “ecological effective densities will depend on context: they are not the same everywhere and under all circumstances.”

Based on this, they argue that U.S. Fish and Wildlife Service Endangered Species Act “recovery objectives are becoming indefensible in light of increasing knowledge from community ecology.” They recommend that “conservation plans should call for recovery or repatriation of such interactive species at ecologically effective densities in as many places as are currently realistic.” A highly interactive species is one whose “virtual or effective absence leads to significant changes in some feature of its ecosystem(s).” Surveying those endangered and threatened species with published recovery plans, they find that “a substantial proportion of [threatened and endangered] species are strong interactors” and that “ecological function is simply unknown for the majority of listed species.” This is why the whole approach to endangered and threatened species recovery needs to be changed from only preserving a minimum viable population that will stave off extinction of the species to restoring highly interactive species in all available habitat in their former ranges and at population densities where they can prevent or repair ecological wounds.

Conservationists should embrace Soulè and company’s call for a new approach to species recovery as detailed in their ecologically effective populations paper. We need to popularize it until its wisdom is widely accepted among conservationists, biologists, and land managers, just as the need for connectivity and the role of top-down regulation are widely accepted in the conservation community today.

(Adapted and condensed from Rewilding North America by Dave Foreman [Chapters 8 and 14]. Copyright © 2004 by the author. Reproduced by permission of Island Press, Washington, D.C. Quotes are from the books and papers below.)

PDFs not yet available: