By Buffalo Field Campaign on January 8th, 2022 in Actions & Bulletins, Overkill vs. Coexistence 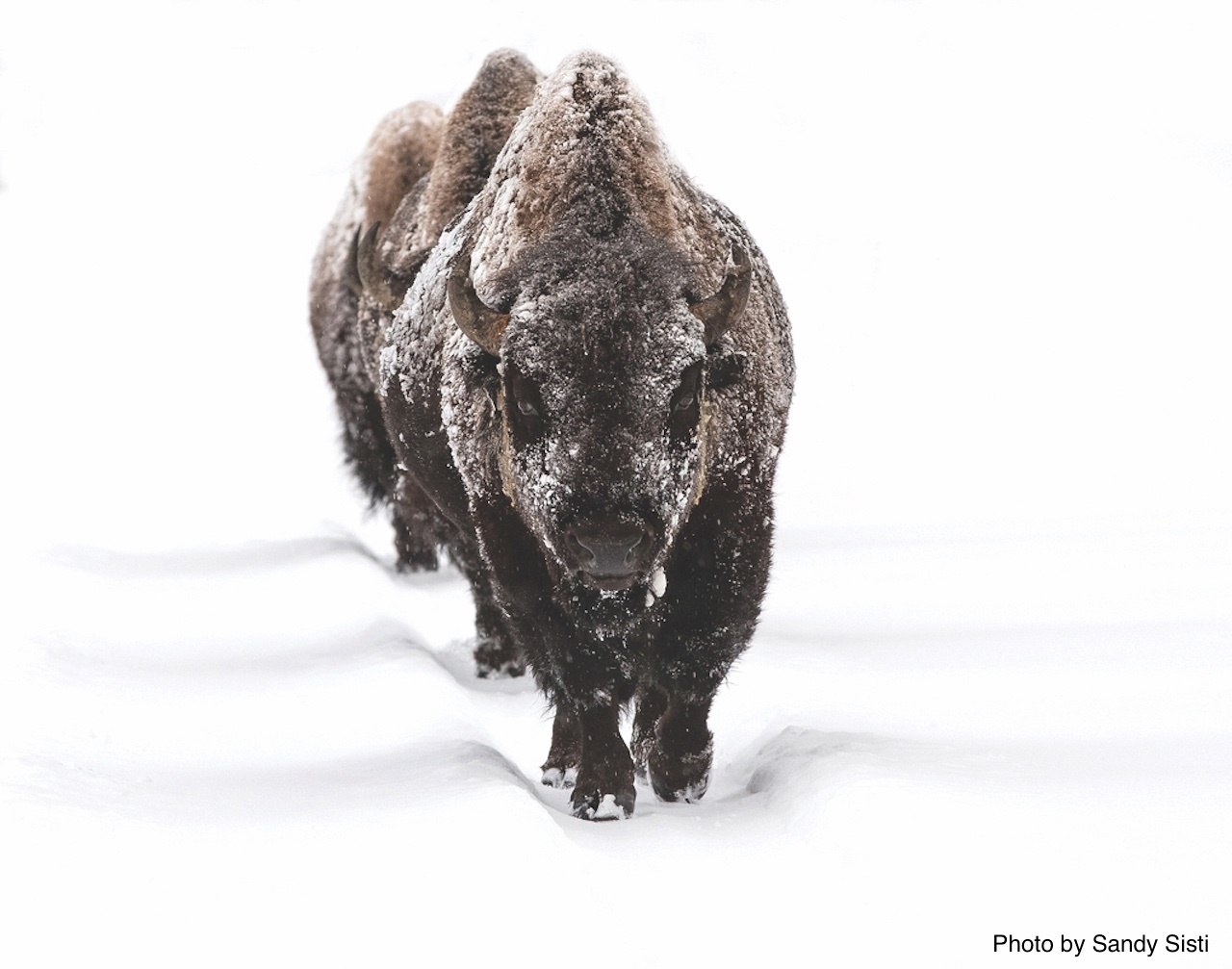 Yellowstone National Park is recommending the slaughter of 900–1,100 Yellowstone Bison this winter— over 20% of the total population. The Park’s recommendation was adopted by state and federal officials on December 1st in Missoula, MT.

The Park’s recommendation follows in lock step with the directive issued by former Sec. of the Interior Ryan Zinke who told managers in 2018 to have “Yellowstone bison managed more actively like cattle on a ranch” (PDF).

Wild Yellowstone bison are slaughtered every winter due to the livestock industry and the State of Montana exaggerating fears of brucellosis transmission to cattle. Government mismanagement interferes with the migration and reproduction of Yellowstone’s Central and Northern herds – endangering their genetic viability and continued survival.

There has never been a recorded case of brucellosis transmission from wild bison to cattle. Wild elk have been implicated in transmitting brucellosis to cattle, yet Montana and Yellowstone National Park do not trap elk for slaughter or draw a boundary line beyond which they are killed like bison. Elk migrate freely across 38 million acres in Montana with an estimated population of over 140,000 (PDF, Montana FWP).

Wild bison number just over 5,000 and seasonally occupy about 0.1% of the land base in Montana. Why aren’t wild bison treated like wild elk in Montana? Montana Livestock interests want to maintain their monopoly on public land grazing and refuse to share the land with our national mammal. The livestock lobby has successfully created a no tolerance policy for wild bison on public lands in Montana.

Every winter, Yellowstone National Park baits bison to the entrance of the Stephen’s Creek trap with fresh hay. Bison are funneled into the high walled steel bars of the park’s trap where they are injured, gored, and die in captivity. Bison that survive being trapped are shipped to slaughter houses. This inhumane management is funded by the American taxpayer.

The government’s proposed slaughter is unwise and dangerously presumptive. What’s at stake is the genetic health of Yellowstone’s Central herd—a distinct breeding group that traces its lineage to the 23 bison that survived extinction at the end of the 19th century. Only 1300 of the central herd remain, but 2,000- 3,000 individuals are necessary to avoid inbreeding (Hedrick, 2009 pp. 419). The fragility of the central herd is largely ignored in the government’s plan. The slaughter of 900–1,100 individuals could decimate the central herd and managers wouldn’t know it until the following summer when Yellowstone National Park conducts a census of the central and northern herds.

BFC Executive Director James Holt Sr. summarizes the State of Montana’s and Yellowstone National Park’s faulty plan, saying “for 25 years BFC has witnessed the artificial suppression of wild bison populations and monitored the negative impacts in the field. The Central Herd of Yellowstone bison is gravely imperiled, ecosystem health is diminished, and resilience to climate change is inhibited. Ongoing bison management fails a keystone species and violates the public trust. Yellowstone bison management must reflect the values of the American People.”

Editor’s Note: TRI board member Rob Harding reached out to BFC to discover if any direct action/sit-in protests to protect our national mammal were planned. Currently nothing is planned.  We will update readers if any update is announced. Please reach out if you hear of any direct action events. 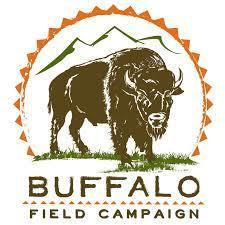 Buffalo Field Campaign (BFC) is the only group working both in the field and in the policy arenas to stop the harassment and slaughter of America’s last wild buffalo.

Formalized as a 501(c)(3) nonprofit in 1997, we also protect the natural habitat of wild free-roaming bison and other native wildlife, and stand with First Nations to honor the sacredness of wild buffalo.

Our primary goal is to create permanent year-round protection for bison and the ecosystem they depend on—including respect for the migratory needs of this long-exploited and clearly endangered species. Learn more at buffalofieldcampaign.org.