“…the only solution to the sixth extinction is to increase the area of inviolable natural reserves to half the surface of Earth or greater.” ― Edward O. Wilson

The E.O. Wilson Biodiversity Foundation is dedicated to understanding and conserving biodiversity on our precious planet. If you’re not already familiar with the science, ideas, and beautiful writing of E.O. Wilson, I envy you. You’re in for a treat as you explore the more than 20 books he’s written, including two Pulitzer Prize winners. You can meet or get re-acquainted with Ed via this feature on the recently published Graphic Adaptation of his memoir Naturalist.

Inspired by Dr. Wilson’s book Half-Earth: Our Planet’s Fight for Survival, the Foundation is implementing the Half-Earth Project to provide leadership in research, education, and conservation action. In my role leading our education efforts, I meet keen students who zero in on the key questions: Why half? Which half? What counts? How much will it cost? Multiple lines of evidence reveal that if we protect half of lands and waters for biodiversity, we will be able to reverse the current extinction crisis, retain and restore the ecological functions that humans depend on for our very lives, and enter a safe zone of sustainability. As for the cost question, unlike exploring space for example, it’s simply not something we can afford NOT to do. Our very lives depend on halting the extinction crisis, and any temporary costs will be genuine dividend-paying investments.

The question of “which half” is more complicated and fraught. As a focal point for how to think about and construct solutions to the essential question of which places to protect, the Half-Earth Project has developed an interactive online map that has the 3 key information layers for making sound conservation decisions, namely the distribution of: biodiversity, nature reserves, and human impacts such as agriculture and urbanization. Our beautiful interactive globe is designed for managers and decision-makers, but I’ve had great success guiding students, teachers, and regular folks to explore it; see for yourself at half-earthproject.org/maps/.

Our map emphasizes areas like National Parks and other reserves under formal governmental protection. We also include community protected lands, so important in places like Amazonia. At the moment, private lands are generally not included, although some Trust Lands, for example Nature Conservancy lands, are included. Globally, the amount of land currently protected for biodiversity is about 15%, the number for oceans is smaller, so we have a long way to go to get to 50%! By looking at the distribution of life on our planet along with currently protected areas and human impacts, we can see where the best opportunities are for adding protection.

But does the work of The Rewilding Institute, for example, fit into the Half-Earth Project mission? Yes, absolutely, as do personal and community actions. Our project embraces all of these collective efforts, and we are working toward a way of showing such Half-Earth Future progress on the map. For example, you’re contributing to a Half-Earth Future if you plant native trees on your property or at a school or park. You’re contributing if you are working to eradicate invasive species. And you are contributing to a Half-Earth Future if you are learning, sharing, and building community action through local conservation groups. Even simple things like what coffee you buy can make a difference. Here’s a sampling from our educational resources collection intended especially to foster stewardship among young people: half-earthproject.org/half-earth-project-educator-ambassadors/#resources.

We are in an extraordinary time of invigorated reflection on our shared history of exploitation and subsequent failure to address entrenched barriers to equity, inclusion, and justice in all social arenas. Conservation is no exception. One small contribution we are making is to help give voice to diverse cultural perspectives in our ever-growing reading list. We have recently added an important feature to the Half-Earth Map. If you click on a particular country, say Mozambique, or the US, or Brazil, and then click on “explore” you will find a wealth of information including a National Report Card based on a Species Protection Index that we’ve developed. The report cards reveal that in many cases wealthy nations are not pulling their biodiversity conservation weight, while nations with less economic wealth are doing quite well. We intend these report cards to be a guide for conservation decisions, and a tool to form questions concerning equity and balance in sharing the upfront costs of saving biodiversity.

I’ll close by inviting readers to sign up for our educator newsletter and join our Facebook group.

“First and foremost, I urge you to stay on the path you’ve chosen, and to travel on it as far as you can. The world needs you – badly.”— E.O. Wilson from Letters to a Young Scientist 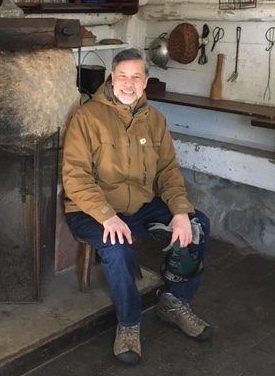 A nationally recognized expert in science education, Dennis directed the production of educational media at the Howard Hughes Medical Institute for 20 years before joining the E.O. Wilson Biodiversity Foundation in 2019 as Vice President of Education. He works with scientists, educators, graphic designers, animators, and filmmakers to design experiences to have lasting impact on learners. The Half-Earth Project Educator Ambassador Program aims to build a high impact community of educators devoted to infusing biodiversity and conservation thinking across the curriculum.