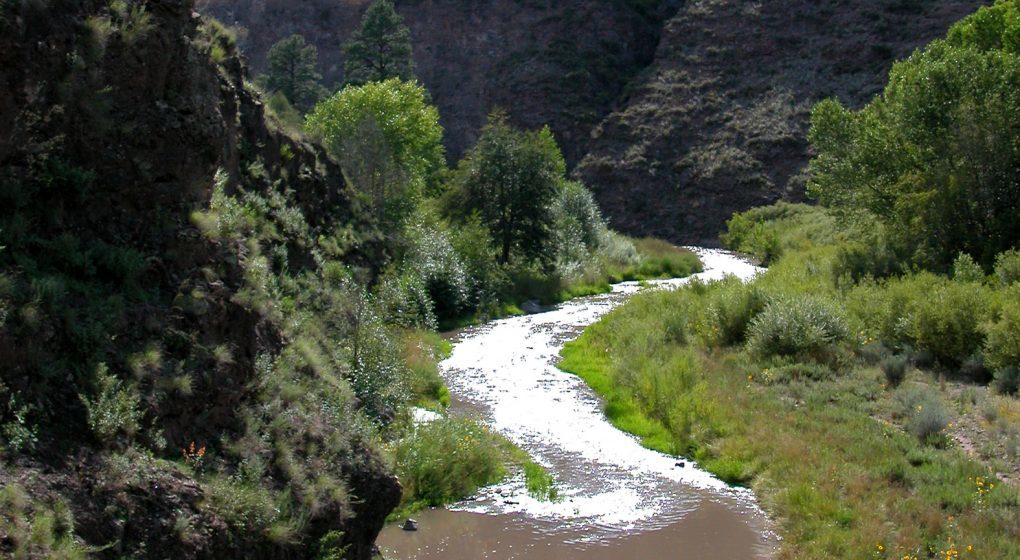 The northern Mexican gartersnake, thought to be extinct from New Mexico, was recently found along the Gila River.

Until this find, scientists had suspected that the rare snake was extinct in the state.

Northern Mexican gartnersnakes (Thamnophis eques) live in wetland areas alongside rivers, where they hunt for tadpoles and minnows. Over 90 percent of their riverside habitats have disappeared in the last century due to overgrazing, water diversions, wildfires and drought.

The new discovery of the endangered snake lends more import and urgency to the protection of the Gila River, the last undammed river in New Mexico. In recent years, the river has come under threats of a diversion to supply water to towns in the region.

In early June, after nearly three years of intensive searching, scientists with the BioPark Zoo in Albuquerque discovered three young males along the Gila, which indicates that at least one viable reproducing population of the northern Mexican gartersnake exists in the region.

Later in the month, BioPark biologists found an additional three of the rare snakes, two females and a male.  Along with one of the males from the original find, these three were brought back to the Albuquerque zoo, where they will be bred to build a population for later release of the snakes into the wild.  Two of the original three males were tagged and released back into their native Gila wetlands.

“This discovery means there is still hope for the species and its habitat,” said Doug Hotle, Curator of Herpetology at the Albuquerque BioPark.

But the proposed diversion of the Gila would skim peaks off of the river’s modest floods and pipe the water to an off-channel reservoir, weakening the river’s critical connection to its floodplain, which in turn could damage the gartersnake’s prime habitat.

Although there is no clearly identified need for this extra water supply, the diversion, which to date has enjoyed the support of New Mexico’s Interstate Stream Commission (ISC), would help the state stake its claim to the Gila before the river flows into neighboring Arizona.  There, the river gets sucked dry before it reaches its confluence with the Colorado River near Yuma.

The Gila Conservation Coalition, based in Silver City, New Mexico, and local stakeholders have submitted to the ISC more than a dozen proposed projects for meeting the future water supply needs of New Mexico’s four southwestern counties without the diversion.  They include irrigation efficiency improvements, water reuse and municipal conservation projects, which would cost far less than the diversion scheme and safeguard the health of the river.

The Gila boasts one of the largest concentrations of breeding birds in North America and the most intact native fish community in the Colorado River Basin.

The recent discovery of the northern Mexican gartersnake –a candidate for federal protection under the Endangered Species Act – is just one more reason to protect New Mexico’s last free-flowing river from unnecessary diversions.

Sandra Postel is director of the Global Water Policy Project and Freshwater Fellow of the National Geographic Society. She is co-creator of Change the Course, the national freshwater conservation and restoration campaign being piloted in the Colorado River Basin.