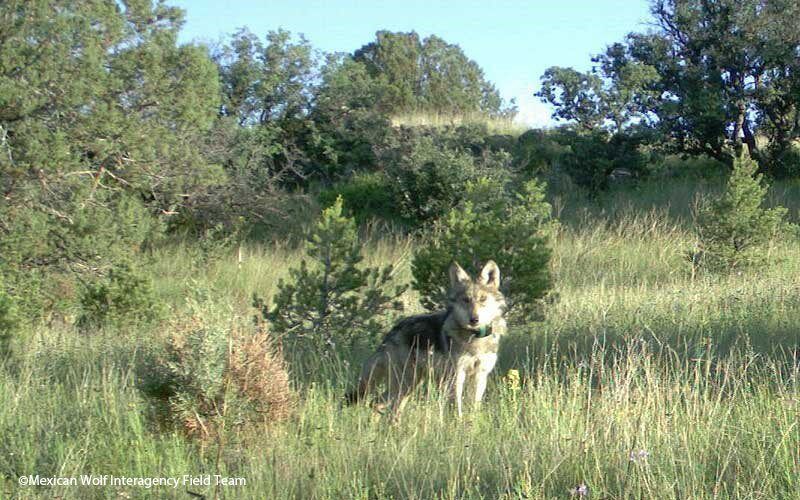 Science must trump politics for wolves to survive

Reduced to just seven survivors and exterminated from the U.S. Southwest when placed on the Endangered Species List in 1976, Mexican gray wolves, or “lobos,” are lucky to be alive today.

The Mexican gray wolf is the most endangered and genetically distinct subspecies of gray wolf in North America. Once numbering in the thousands and thriving throughout the U.S. Southwest and northern Mexico, intensive federal predator control programs decimated the lobo population by the 1970s. Following their protection under the Endangered Species Act, a handful were captured in Mexico and placed in captivity under the care of institutions participating in the Mexican Wolf Species Survival Plan.

Through carefully managed breeding for maximum genetic integrity, the survival plan played a critical role in preventing the extinction of the Mexican gray wolf and continues to support their recovery by the U.S. Fish and Wildlife Service, as mandated by the Endangered Species Act. The captive population had grown sufficiently to support the lobos’ wild homecoming in 1998 when the first wolves were returned to their ancestral ecosystems.

With an estimated 163 Mexican wolves in the wild and another 369 in captivity, they have made a miraculous comeback from the brink of extinction. But, the service has failed to implement sufficient science-based actions to recover the lobos in the wild. The Endangered Species Act requires recovery actions to be based solely on the best available science. But anti-wolf politics of special interests have adversely tainted policies and decisions. Forty-four years after being listed as endangered and 22 years into the reintroduction program, wild lobos remain dangerously inbred and still in danger of extinction.

The Fish and Wildlife Service’s 2015 management rules are a case study in politics trumping science to the detriment of the species purportedly being “recovered.” With no valid scientific justification, the 2015 rules limit the U.S. population to no more that 325 wolves, forbid them from crossing Interstate 40 to occupy critically important habitats to the north, allow too many opportunities to kill or remove wolves to resolve “conflicts,” and doom the wild population to be forever imperiled genetically. These detrimental provisions derive from political pressure applied by the Southwestern states of Arizona, New Mexico, Utah and Colorado.

Recovery opportunities, and irreplaceable wolves, have been wasted through negligence and politically motivated compromises. If left in place, the 2015 rules likely would drive the lobos to their second and final extinction in the wild.

Under the “citizen suit” provision of the Endangered Species Act, conservation plaintiffs challenged the 2015 rule on grounds it failed to apply the “best science” and failed to recover Mexican wolves. In a sweeping decision, the federal court found that “[b]y failing to provide for the population’s genetic health, FWS has actively imperiled the long-term viability of the species in the wild.” The court ordered the service to remedy several deficiencies in the 2015 rule and issue a new science-based rule by May 2021. This time, the service must follow the science and the law and do the right thing for the wolves.

Most lobos born in captivity spend their lives there. Few get their chance to answer the call of the wild. Their native ecosystems, which have been biologically impoverished by their long absence, desperately need the return of these apex predators. Much as captive wolves can almost taste the freedom just beyond their grasp, Americans are hopeful that a new rule, based on science — not politics — will create a future where fully recovered populations of lobos roam wild, free and protected in healthy ecosystems throughout the Southwest.

Maggie Howell is a biologist and the executive director of the Wolf Conservation Center in South Salem, N.Y. David Parsons is a wildlife biologist and former Mexican Wolf Recovery Coordinator with the U.S. Fish and Wildlife Service. He lives in Albuquerque.