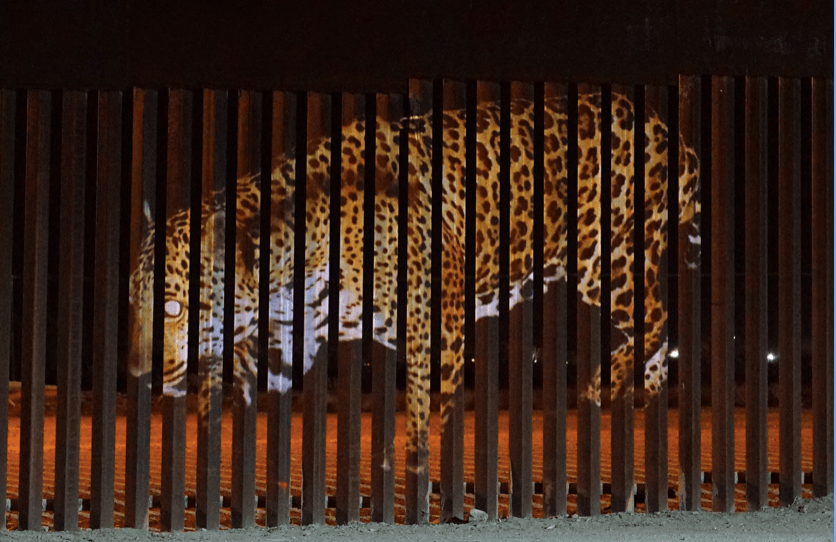 Donald Trump is in California, and reviewing pro-types for his border wall. He still maintains that Mexico will pay for it, but that seems unlikely.

One of the only good things about the failure of Congress to agree upon the future of DACA recipients (Deferred Action for Childhood Arrivals) is that Trump’s fantasy about a border wall was not funded yet.

Many see the Border Wall controversy as a humanitarian issue and a financial folly. Worse, according to many experts, a border wall would be ineffective in preventing illegal immigration.

However, yet another lesser known aspect of the Border Wall controversy is the recent introduction of legislation designed to facilitate construction of infrastructure, roading, surveillance stations, and more within 100 miles of any American border without any environmental or other regulatory laws.

For instance, the Border Security for America Act 2017 (H.R. 3548) introduced by Rep. Michael McCaul (R-TX) and co-sponsored by 77 Republicans and not one Democrat would waive 36 environmental laws, including the Wilderness Act, the Migratory Bird Act, the Endangered Species Act, Clean Water Act, National Environmental Policy Act, among others within a 100 mile stretch along all American borders including Alaska, the northern border with Canada as well as the southern border by Mexico.

In other words, it would give Homeland Security and the Customs and Border Protection agencies, almost unlimited ability to vacate and violate with immunity many of our most precious environmental laws and our most sacred landscapes including national parks, wilderness areas, and wildlife refuges.

An analysis by Wilderness Watch found that the legislation if enacted, would potentially impact 73 designated wildernesses totaling 32 million acres along the northern border alone!

A second bill, the “Secure Our Borders and Wilderness Act” (H.R. 3593), from Rep. Mike Johnson (R-LA), would directly amend and weaken the 1964 Wilderness Act. This bill would allow U.S. Customs and Border Protection to access structures, installations, and roads; use motor vehicles; use and land aircraft; deploy “temporary” infrastructure, including forward operating bases; and construct and maintain roads, all in designated Wildernesses!

Many see this as an end run around environmental protections across the county by using the fear of illegal immigration as an excuse to waive environmental regulations. The legality of this action is being challenged by a number of environmental groups, however, the problem of border security and its impacts on other American values is still an open question.

Even if Congress fails to pass border wall legislation, Trump is already waiving environmental regulations piecemeal. Just this past January, he waived environmental laws affecting a 20 mile stretch of the border near El Paso, Texas. This is the third time the President has dictated waivers of national laws.

We don’t need to compromise the integrity of our most sacred and wild landscapes to protect the nation. Indeed, the Border Patrol has worked for decades maintaining border security without significantly compromising our premier wildlands and parks. These legislative efforts are simply Trojan Horses designed to undue the Nation’s premier environmental laws using national security as the excuse.