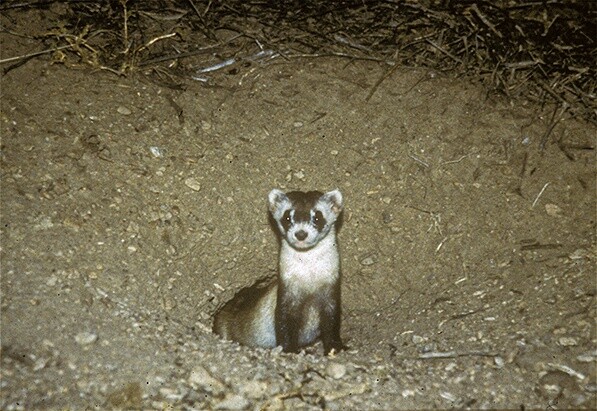 Cloning of the First Black-Footed Ferret

The New York Times published a piece about the cloning of the first Black-Footed Ferret.   Named Elizabeth Ann, by her creators she appears to be a genuine Black-Footed Ferret.  She was created for a combination of organizations including the USFWS from the genes of 7 ferrets that died a while back without passing on their genetic information to others of their species.

This is it in a nutshell.  For the full read and pictures of the cute little thing, here is the link: “Meet Elizabeth Ann, the First Cloned Black-Footed Ferret.”

Speaking of ferrets, these photos are of the full moon release in the Janos Pradera in Chihuahua. One is me with my ferret in the cage about to be released though she tried to bite my fingers off. Once she got out and looked around in the moonlight, she saw a nearby prairie dog burrow and shot down it.  For the next 30 minutes it was just Luna (as I named her) and me and the full moon as she explored her new home.  Likely the most magical half-hour I’ve even experienced (well, maybe not counting the great Musk Ox quarter-mile dash).  (Featured Image above of Luna.) -Dave Foreman 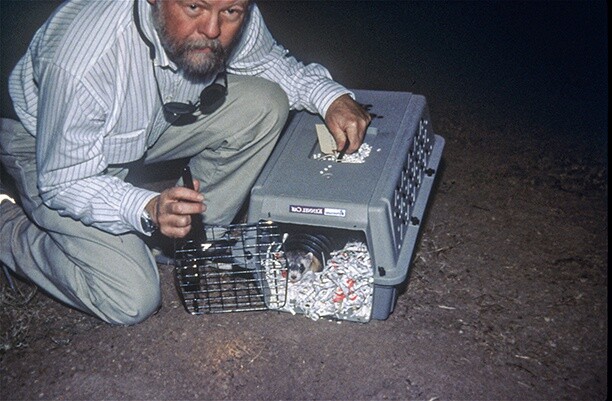 Do we have any pictures of Dave Foreman releasing Smilodons?