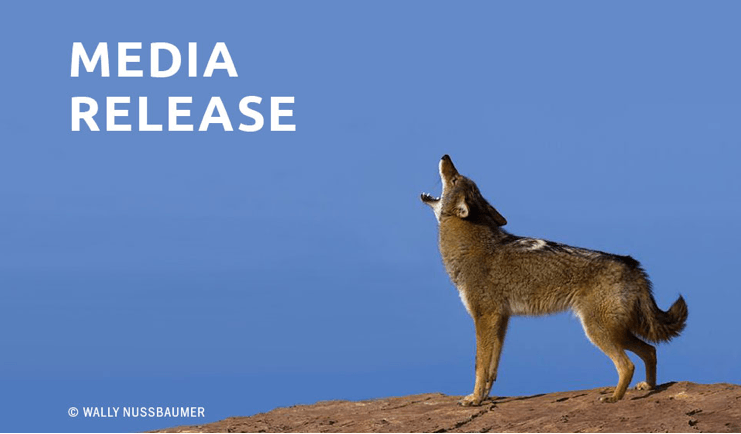 Parks and Wildlife Commission votes to end competitive killing of coyotes, foxes, prairie dogs and other species for prizes

DENVER, CO—A coalition of leading wildlife protection organizations is applauding the Colorado Parks and Wildlife Commission for their vote today to ban wildlife killing contests for furbearer and certain small game species in the state. Colorado is now the sixth state in the country to ban these cruel events.

Upon enactment, this new regulation will put an end to events such as the High Desert Predator Classic in Pueblo, the Song Dog Coyote Hunt in Keenesburg, and the San Luis Valley Coyote Calling Competition. Winners of wildlife killing contests often proudly post photos and videos on social media that show them posing with piles of dead coyotes and other animals, often before disposing of the animals in “carcass dumps” away from the public eye.

“Participants of wildlife killing contests often use unsporting and cruel techniques—such as calling devices that mimic the sound of prey or even pups in distress—so that they can lure shy coyotes and other animals to shoot at close range,” said Aubyn Royall, Colorado state director for the Humane Society of the United States. “We thank Colorado Parks and Wildlife and the Commission for taking decisive action to ensure that Colorado no longer supports such barbaric and wasteful killing of its treasured wildlife.”

“Colorado’s ban, which is supported by the best scientific data available, is one of the strongest in the country,” said Johanna Hamburger, wildlife attorney for the Animal Welfare Institute. “The state has now joined multiple fish and wildlife agencies and commissions in concluding that these contests compromise the effective management of wildlife populations, fail to increase game populations and harm ecosystems.”

“Wildlife killing contests are a bloodsport just like dogfighting and cockfighting, which have been outlawed nationwide,” said Camilla Fox, founder and executive director of Project Coyote. “We commend Colorado Parks and Wildlife and the Commission for relegating these ecologically and ethically indefensible events to the history books.”

“The majority of Coloradans respect and value wildlife and this step forward by our state wildlife department in line with those values,” said Lindsay Larris, Wildlife Program Director for WildEarth Guardians.  “We look forward to seeing CPW to continue to advance policies that reflect the importance of wildlife protection to all people in Colorado.”

“Recognizing that all species play an important role in their ecosystem,” said Stephanie Harris, senior legislative affairs manager for the Animal Legal Defense Fund, “we commend Colorado Parks and Wildlife and the Commission for this forward-thinking, science-based decision to prohibit the senseless slaughter inherent to killing contests.”

“We’re thrilled that Colorado is banning these wasteful wildlife killing contests,” said Collette Adkins, carnivore conservation director with the Center for Biological Diversity. “Coyotes and other carnivores play such important ecological roles but had been mercilessly targeted by these barbaric events. Today’s decision by the Colorado Parks and Wildlife Commission is a big win for Colorado’s coyotes, and we’re celebrating.”

Delia Malone from the Colorado Sierra Club said, “All native wildlife species are essential. Ecology and ethics require that we protect all native species–including species that have historically been vilified or dismissed as unimportant. Natives such as coyotes and prairie dogs contribute to healthy, viable, resilient ecosystems, and deserve our respect and our protection. We are gratified that Colorado Parks and Wildlife has chosen conservation.”

Wildlife agencies and professionals across the country have expressed concerns about killing contests because they reflect poorly on responsible sportsmen and sportswomen. In 2019 alone, the Arizona Game and Fish Commission and the Massachusetts Fisheries and Wildlife Board voted to prohibit these gruesome killing contests, citing the grave damage that such events could inflict on the image of hunting in their states. Wildlife management professionals have also noted that wildlife killing contests contravene modern, science-based wildlife management principles. In 2018, more than 70 renowned conservation scientists issued a statement citing peer-reviewed science that refutes claims that indiscriminately killing coyotes permanently limits coyote populations, increases the number of deer or other game species for hunters, or reduces conflicts with humans, pets or livestock. In fact, randomly shooting coyotes disrupts their pack structure, leading to increases in their populations and more conflicts. Nonlethal, preventive measures are most effective at reducing conflicts with wildlife.

Wildlife killing contests are also destructive to healthy ecosystems, within which all wildlife species play a crucial role. Coyotes and other targeted species help to control rabbit and rodent populations and restrict rodent- and tick-borne disease transmission. And prairie dogs are an important keystone species in Colorado’s ecosystem, providing essential food and digging underground tunnels used by other native wildlife.

Founded in 1954, the Humane Society of the United States and its affiliates around the globe fight the big fights to end suffering for all animals. Together with millions of supporters, the HSUS takes on puppy mills, factory farms, trophy hunts, animal testing and other cruel industries, and together with its affiliates, rescues and provides direct care for over 100,000 animals every year. The HSUS works on reforming corporate policy, improving and enforcing laws and elevating public awareness on animal issues. More at humanesociety.org.

The Animal Welfare Institute (www.awionline.org) is a nonprofit charitable organization founded in 1951 and dedicated to reducing animal suffering caused by people. AWI engages policymakers, scientists, industry, and the public to achieve better treatment of animals everywhere – in the laboratory, on the farm, in commerce, at home, and in the wild. Follow us on Facebook, Twitter and Instagram for updates and other important animal protection news.

Project Coyote, a national non-profit organization, is a North American coalition of scientists, educators, ranchers, and citizen leaders promoting compassionate conservation and coexistence between people and wildlife through education, science and advocacy. To learn more, visit ProjectCoyote.org, sign up for our E-Team, and follow us on Facebook, Twitter, and Instagram.

Sierra Club’s mission is “to explore, enjoy, and protect the wild places of the earth; to practice and promote the responsible use of the earth’s ecosystems and resources; and to educate and enlist humanity to protect and restore the quality of the natural and human environments.” Sierra Club has more than 2.1 million members and supporters nationwide, including more than 60,000 Coloradans. Although we are comprised of a diverse population, the tie that binds is our commitment to conserving those places, natural processes and organisms that will sustain our natural heritage with all of its native biological diversity.