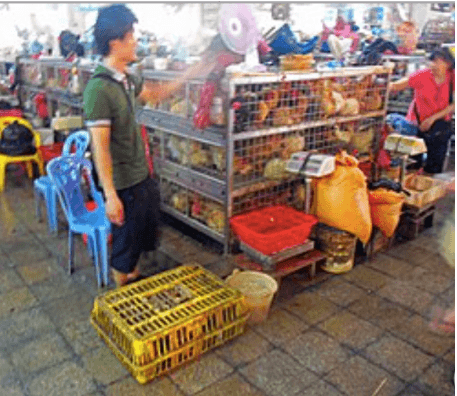 I hope that you are well and surviving the pandemic well! In this month’s essay I am trying to make the point that the way we are using the richness of our planet is dangerous–not only for Earth and all the creatures on it, but also for ourselves. I expect that many readers have already reached that conclusion. Please spread that message.

We all depend on our bodies’ regulatory systems to keep us healthy and active. Without any effort on our part, many important parameters are closely controlled.

This control of physiologic processes is called “homeostasis”, defined as “a process by which biological systems tend to maintain stability while adjusting to conditions.” Homeostatic mechanisms use feedback loops. One example involves temperature regulation. When you get cold, the thermostat in the hypothalamus of your brain notices that your blood is a tiny bit colder than it likes. It sends out messages to start shivering. When muscle action stokes your furnace enough to warm your blood, the shivering stops. Similarly, if you get too hot, your cooling system—sweat glands—go into action.

The Gaia hypothesis holds that all living and non-living components on Earth work together to sustain life by homeostatic mechanisms. It proposes that organisms, and their inorganic surroundings on Earth, are closely integrated to form a single, self-regulating complex system, maintaining the conditions necessary for life.

Whether or not the Gaia hypothesis is correct, it seems as though the planet is fighting back against human overpopulation with covid-19. There are several factors that have made a pandemic likely, in addition to political incompetence. They include crowded conditions, shortage of food and our amazing ability to travel.

Most likely the novel coronavirus came from an animal in a Wuhan, China, live animal market. These markets, selling animals for eating, are common in Asia. Even though they are illegal in some places, they still flourish because people are hungry for protein. People eat anything that can be caught, including bats, and some carry viruses that are new to humans. There have been many other zoonoses (human diseases caused by infectious agents from animals) including the “Black Plague” and Ebola. Somehow the novel coronavirus jumped from animal to human host, where it has found a receptive niche.

This coronavirus has all the characteristics of a killer. It can be spread before, during and after illness. It is stealthy; some people shed it with few or no symptoms. Before people (especially politicians) understood how dangerous it was, it was traveling like wildfire. Wuhan is densely packed with 11 million people, crowded 15,000 per square mile. A commercial and economic center, there were plenty of visitors who spread coronavirus as they traveled. Although modern transportation helped to broadcast the disease (Covid-19), fortunately modern communication helped us recognize the problem and modern technology has helped to diagnose and treat people who get it.

Aside from the fear and horror that we hear in the media, some people have the viewpoint that humans are at least partially responsible for causing it. Pope Francis wrote: “There is an expression in Spanish: ‘God always forgives, we forgive sometimes, but nature never forgives.’ We did not respond to the partial catastrophes… I don’t know if these are the revenge of nature, but they are certainly nature’s responses.” David Attenborough (of BBC nature film fame) stated in 2013: “We are a plague on Earth. It’s coming home to roost over the next 50 years or so. It’s not just climate change…. Either we limit our population growth, or the natural world will do it for us, and the natural world is doing it for us right now.” This month a Harvard study found that COVID-19 victims are more likely to die if they lived where the air was more polluted, as from coal fired power plants. The Hindustani Times ran an article titled “The world is paying a price for the illegal wildlife trade”. Perhaps the best way to prevent the next pandemic is to protect wildlife.

Let’s look at the bright side. The Lancet, the preeminent British medical journal, opines that the pandemic may save more lives than it kills: “Interestingly some of the health impacts of the normally functioning global economy, in particular air pollution, are so severe that the disruption caused by COVID-19 countermeasures and associated reductions in economic activity may be saving many more lives than have been lost to the COVID-19 outbreak.” Both the pandemic and climate chaos are exacerbated by overpopulation.

Thank you for observing physical distancing! I hope that the pandemic will not end up killing too many—it is an appalling way to fight overpopulation. It is also ineffective, since the people most likely to die are too old to reproduce, and sadly, the pandemic is hitting poor people the worst.
______________________________

When I posit this to friends and neighbors, I get mostly looks that question my logic and sanity. The Earth is not just an inanimate object on which we perch. It is a living entity with, I believe, sentience. She has been trying to get out attention for decades and, since we are too arrogant to listen, She is getting louder and less subtle.