Episode 14: A Rewilding Success Story on the Elwha River 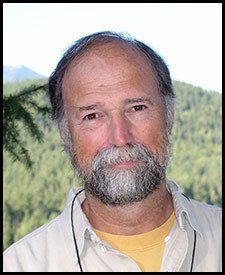 It’s not often, especially these days, that we get to hear about a really big Rewilding  victory. Today is one of those days.

The dam removal on the Elwha River in the Olympic Peninsula is not breaking news. But it continues to teach us myriad lessons in the conservation community about devotion to a long-running campaign and the rewards that come with winning a big victory for nature.

Tim McNulty was there for the fight to remove 2 dams on the Elwha, which run through one of the most impressive national parks in the park system. What was less prominent in the coverage of the dam removal (and the resulting Rewilding of the river ecosystem) was the story of the dedicated, large group of people who saw it through over decades of fighting. We have a good chunk of that story here for you today.

Use this. Use the Elwha for inspiration on those dark days when you need it. If you are fighting for something in your area and you feel like you just can’t do it another day, listen to this episode of Rewilding Earth to regain your footing and rejoin the fight.

Tim McNulty is a poet, essayist, and nature writer based on Washington’s Olympic Peninsula. He is the author of ten poetry books and eleven books of natural history.

In 2011 Tim and hundreds of activists, organizers, and scientists rejoiced as the largest dam removal in US history began on the Elwha river, which runs through Olympic National Park to the coast.

It marked the end of a decades-long battle to return the Elwha to natural flow, resulting in the return of salmon, Eagles and countless natural processes and species reliant on a healthy river freed from 2 dams.

Though a great many people worked on this campaign, several of whom never got to see the fruits of their labor, Tim is the perfect spokesperson to talk about this very big Rewilding victory and what it has done locally as well as what it means in the fight to remove destructive and outmoded dams across the US.

Watch The Dams Fall And The Fish And Nearshore Return