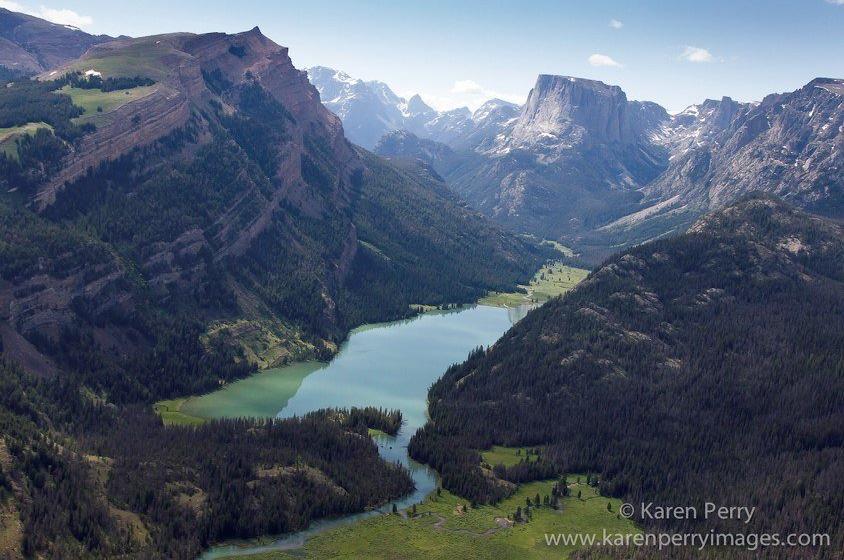 Shifting from Resistance to Assistance

Extending between the Greater Yellowstone Ecosystem and Utah’s Uinta Mountains, the 350-mile long Yellowstone to Uintas Wildlife Corridor encompasses national parks, monuments, wildlife and bird refuges and wilderness areas. This corridor connects the Northern and Southern Rockies, providing critical pathways for wildlife movement. Ungulates such as deer, elk and pronghorn, as well as predators like wolves and cougars, migrate great lengths within the Corridor. This area provides habitat for hundreds of species. It is also home to thousands of people and the infrastructure that modern society brings with it: roads, fences, mines, farms, and other developments. 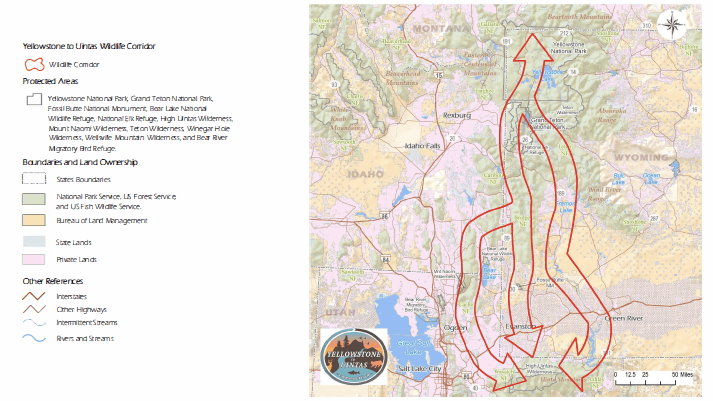 The Yellowstone to Uintas Corridor map was recently updated to show the three main pathways for wildlife movement between GYE and Uinta Mountains. c/o Y2U

Based in Cache Valley, Utah, Yellowstone to Uintas Connection (Y2U) is striving to find a balance between the people and wildlife we wish to protect. Y2U is a nonprofit member organization of the Western Wildway Network, a team of over two dozen organizations working to protect the Western Wildway that extends from Alaska to Mexico along the Spine of the Continent, the Rocky Mountains. Given our focus on wildlife connectivity, our work often entails responding to wildland threats such as livestock grazing, phosphate mining, timber harvest and ATV use on federal, state, municipal, and private land. We use a combination of science, education, and advocacy to bring about positive change within the corridor.

Although in the past Y2U often butted heads with agency staff, industry officials and landowners, we are working diligently to mend relationships and find collaborative solutions to our land management issues. While we continue to contribute to several legal cases, most of our projects involve working with stakeholders to identify our shared values and use these as guidelines to work toward common conservation and stewardship goals. We adopted this new approach due to positive experiences with partnership-oriented conservation efforts as well as from research in the social/psychological sciences demonstrating the power of collaboration.

One of Y2U’s most recent successes with this new approach involves working closely with the Caribou-Targhee National Forest staff. In October 2017, in a meeting with the Montpelier Ranger District, we were told that the Forest had over 90 miles of unauthorized ATV routes that needed to be closed according to a 2005 Forest Travel Plan. However, the Forest Service simply didn’t have the resources to hire a road crew and close them. In response, Y2U’s Director, Jason Christensen, offered up his own landscaping equipment and time to help. That same month Y2U closed 6.2 miles of these unauthorized routes. Now, the Forest Supervisor for the Caribou-Targhee has agreed to work with us to close over 10 more miles in 2018. Roads such as these fragment habitat and introduce excessive noise, soil compaction, and runoff into the Forest. They may also serve as conduits for invasive species. With this collaborative approach, the Forest Service is now working with us on soft road closures (where volunteers disguise roads with needle slash and down wood) . At the same time, we are forming lasting relationships that will lead to better protection of the Forest. 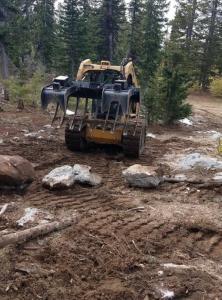 Another major success with our partnership-oriented approach is with cattle grazing allotment management in the Uinta Mountains. Several allotments that border the High Uintas Wilderness were closed to grazing in a 2003 Forest Management Plan. However, since 2013, Y2U has documented and reported instances of unauthorized cattle in these allotments. Initially, our approach was to send long emails to the two local Ranger Districts detailing the violations, but nothing ever seemed to change. In 2017, we changed our approach. Prior to the 2017 monitoring season, we met with the District Rangers and explained that we recognized a problem with unauthorized cattle in closed allotments, and offered to assist the rangers in monitoring this problem. We articulated our desire to be seen as a resource, rather than a thorn in their side. Y2U stayed in contact with the rangers via phone and email leading up to the field season and, to our delight, observed a significant decrease in instances of unauthorized cattle throughout the 2017 grazing season Y2U was even mentioned in the Annual Operating Instructions (AOIs) administered by the Ashley National Forest (Flaming Gorge Ranger District) as an organization helping with monitoring. This simple shift from “resistance to assistance”, as we call it, has made all the difference. Y2U plans to bring citizen scientist volunteers to the Uintas to help monitor closed allotments in 2018. 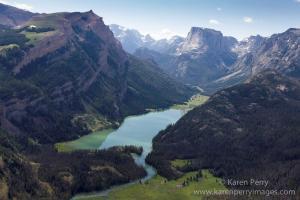 While our new approach has shown considerable success, we have experienced situations in which some agencies and industry officials refuse to collaborate . The Upper Green River is a unique part of the Greater Yellowstone Ecosystem. It encompasses the headwaters of the Green River and is an important home to many listed species or Species of Concern such as grizzly bear, wolverine, wolves and a myriad of other sensitive wildlife. In a planned Forest Service meeting to determine whether cattle stocking rates should be expanded, many environmental organizations were set to come to the table with objections. Shortly before the meeting, an email was circulated by a Bridger-Teton National Forest official saying “I am not willing to debate the legal adequacy of the Draft ROD and FEIS and am not willing to select the no grazing alternative”. This effectively shut down the conversation for those organizations, such as Y2U, concerned with the implications of livestock grazing in this ecosystem including watershed damage and grizzly predation on livestock. Y2U objects to grazing within the Upper Green River, and as our objections were not to be listened to, we requested to engage in collaborative monitoring of the grazing allotments, in the hopes that we could influence stocking rates. The Forest Service refused to consider our suggestion. Unless the district has a change of heart, Y2U will sign on to objections against their final decision. When it comes to collaborative management, it takes compromise from all parties to come to meaningful solutions.

What we are finding is that cases where stakeholders refuse to work together are rare. In fact, beyond just public land management, we are having success with collaboration in regard to private land management as well. Y2U is currently working with a handful of landowners to procure funding for wildlife-friendly fence retrofits on their private parcels. We will also discuss other land management techniques that would benefit both the landowner and the health of the land, watersheds, and wildlife populations. 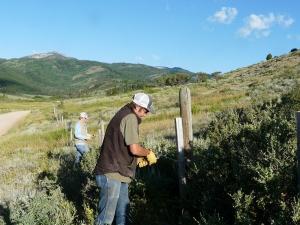 We hope that other environmental organizations, agency officials, industry leaders, landowners and community members will come together to jointly manage our wildlands in productive and collaborative ways.

For more information on our projects and approach, visit yellowstoneuintas.org.

Forest Protection in the Trump Era

BLM under Trump and Zinke: A Disaster For Public Lands