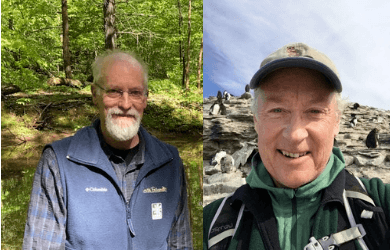 About Don and Bob

His research interests include the causes and consequences of inbreeding, the evolution of mating systems and life histories, rare plant demography and genetics, and the forces driving long-term forest community change. These include habitat fragmentation, climate change, aerial N deposition, invasive species, and deer browsing and other impacts.

He chairs the Science Advisory Council for the midwestern Environmental Law and Policy Center. He serves on the Rewilding Leadership Council and the American Association for the Advancement of Science.

Bob Boucher has a MS in Water Resource Management from the UW Madison with an emphasis in ecosystem management of watersheds. He studies landscape ecology and is an advisor to the Beaver Institute.

​He was the founder of Milwaukee Riverkeeper and is the retired Executive Director of the Cedar Lakes Conservation Foundation, Wisconsin’s oldest land trust. Bob has traveled to over 60 countries, exploring wild and tame places.

He has worked in Alaska as a fishing, kayak and naturalist guide and led wilderness trips for Camp Manito-Wish. He is a member of the Birch Leggings club and has summited Denali. Bob and his wife Mary share a love of nature, wildlife, hiking, biking, skiing, their home, organic gardening and their dogs. 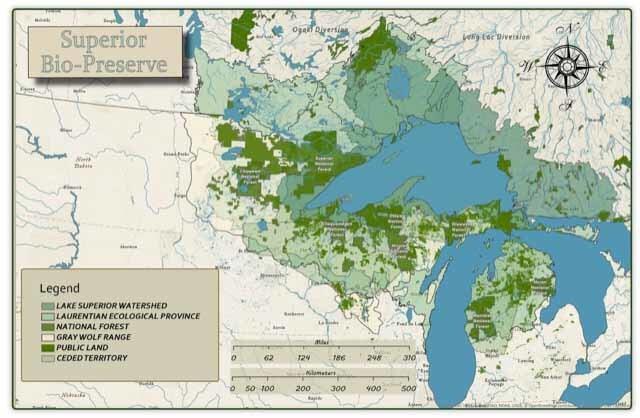