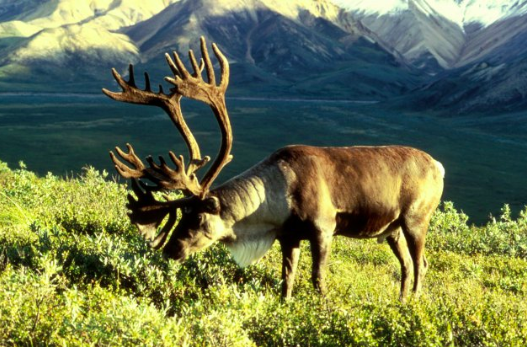 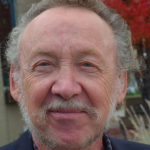 Article first published in Counterpunch, May 2, 2018

In April 2018 Canada’s most southerly caribou population, one shared by British Columbia and Idaho, dwindled to three animals, all females. Along with numerous other scientists and honest activists, I expected this, and predicted it 30 years ago when the population already numbered only 40; Extinction looms not because caribou were or are somehow malfunctioning – they’ve always depended entirely on intact old growth forests – but because our so-called regulatory system, “our” public service and our elected officials, have treated, and continue to treat, environmental protection and conservation as the little red wagon bouncing along in the dust and debris behind the development–economy–consumption bulldozer.

Each year, for 50 years – people who have the vision and experience to understand the environmental reality of industrial corporate government impacts, fueled by deteriorating democratic and legal institutions, have been urging governments to “take action now”. And still people in positions of authority are either not listening, or refusing to act.

Canada’s environmental protection and management system is broken – and it has been for a very long time.  With a few policy and regulatory exceptions – like the Protected Areas program in B.C. in the ‘90s – the provinces are not doing better. 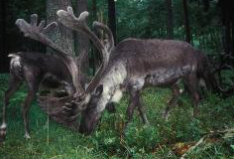 B.C. has barely nibbled on the fringes of serious environmental conservation. In April the BC government dredged up about $2 million to “protect” caribou habitat; it amounts to dollars down the drain; just another case of  “gently try and nudge the gate closed after the horse is out of the barn”. Without a regulatory regime that carries a big legal stick, and builds on core public support, Canadians will suffer through extinction of native fish and wildlife populations again and again.

Inadequate, “window-dressing” measures have also ruled the day in the US part of this caribou range; complicit in this sad situation are the State of Idaho and the U.S. Fish and wildlife service who essentially “wrote off” these caribou years ago.

It is a self-perpetuating aggravation to mismanage forest resources by systematically overcutting; like someone hooked on opiods, it forces dependency on the euphoria of extreme over exploitation. An entire “system” – essentially a house of cards – builds around it. And old growth forests are degraded and dissected. That’s where B.C. finds itself today. B.C.s actual Forest Harvest level is two or three times greater than that which would allow public lands ecosystems, biological diversity, watersheds, and carbon storage cycles, to survive in a measurably viable and functional ecological, social and economic state.

Self-serving blather about incremental-ism, “adaptive management”, “not significant”, “not imminent” dominates public service analysis and policy about land use and habitat, all while the proverbial elevator, free falling from the 50th floor, screeches by the first floor on its way to extinction This public service individual and institutional failure to value wildlife and ecologically intact ecosystems has helped formulate the message to the public that wildlife is just another impediment to “progress”.

Politically driven deferral to Native Indian Band participation has crippled essential reforms, impaired conservation progress and siphoned off millions of dollars desperately needed for conservation, habitat acquisition and easements. It has diffused accountability and clarity when exactly the opposite is essential.

Instead of tough, hard wired and hard bordered legislation and action based on science and management evidence for the benefit of all British Columbians and the Nation as a whole, the PM and his insiders, aided by some Premiers, mount a massive forfeiture campaign, stripping environmental management and hundreds of millions of dollars from the Public Service that at least has slim prospects of being held accountable by citizens (provided there are laws that guarantee all citizens oversight), and handing it over to the 600 or so Indian Bands.

It is no surprise that conservation has lost the “will” of the people. I attribute that almost entirely to failed public service leadership – they always find a way to mitigate or “trade off”, or “balance”, but never, it seems, to draw and stand on “a line in the sand”. Far too many environmental activists and organizations have done the same, with notable exceptions (in interior BC, for example). And most academics have stood on the dock as this ship sailed. It is a sad reflection of our dominating “economic” system, one designed to force the natural world to accommodate industrialization and explosive human consumption, as if the natural world were another man made contraption.

Americans have also struggled with containing rampant consumption, but they did manage to protected 53 million acres of roadless habitat over a decade ago, and have a legislated wilderness system that protects another 50 million acres (excluding Alaska); so please, don’t test my patience with the mindless argument that we need to provide industrial access to every scrap of public land in order to serve our consumption economy! Sadly, America is suffering badly right now, but it still has the bar set higher than Canada has ever dreamt of.

No need to wonder how British Columbia or Alberta would react to a gutsy Federal Endangered species Act, as opposed to milk-toast, trifling Species at Risk Act (SARA), or a national Wilderness Act, that would force habitat protection, for example, for these provinces southern mountain grizzly bears and boreal caribou; the grand-standing and yowling would reach insulting and hysterical levels!

Europeans, along with native Indians, decimated the genetic, behavioral and social lineages in hundreds of wildlife populations as the former swept across North America. We say they did it out of greed, ignorance, arrogance, entitlement, indifference, selfishness, even hate, and just plain stupidity. So I ask you, what makes it different this time? And next time?

There is no denying the urgent need for powerful prescriptive regulatory intervention to protect and save B.C.s and Canada’s ecologically functional landscapes and our wildlife. But if the past tells us anything it may well be that we shall never see the necessary reality. This deplorable situation will betray all of us.

Dr. Brian L. Horejsi is a wildlife and forest ecologist. He writes about environmental affairs, public resource management and governance and their entrenched institutional and social bias.