In this first volume of the Human Overpopulation Atlas the reader is presented with a compilation of scientific literature, as well as persuasive argumentation from an array of experts, with the intent on making the case that many of the symptoms of ecological, environmental, sociological, geopolitical and economic predicaments that have tainted our world, have a root cause or can be, indubitably, linked to our vast and rising numbers.

And how could it not? Every new human passenger on this Earth comes equipped with necessary requirements that need to be met to safeguard his or her’s existence and flourishing. That person will require food, water, shelter, clothing, energy, materials, technology, transport, infrastructure, space and security and will, in turn, exude residues and waste, alter habitats and pollute the atmosphere, soil and watercourses.

Even if each and everyone of us contributes in an almost imperceptible way, 7.6 billion and rising is a tremendous number that our minds can’t even begin to conceptualize, with all of those trivial impacts amounting to profound transformations. The Human Overpopulation Atlas describes those deviations.

Watch an introduction video where I briefly explain what the Atlas is all about.

Joao Abegao’s academic background is in Environmental Health. He’s defended this book as his Master thesis in Ecology and Environment, and the University of Porto awarded him the maximum grade. He is currently searching for a University that will host him on a PhD program in which he can continue to research and write the upcoming volumes of the Atlas.

His interest in Human Population arose from literature of authors who were much more prescient and timely than he was, and their many contributions carved and forged his avidity to review their work and put his thoughts into paper. In effect, the Atlas is, an ‘extended phenotype’ of their intellectual undertakings.

His ethos is to have as many productive dialogues, discussions, and debates regarding our human condition and the entanglements of overpopulation, and Joao welcomes others to get in touch. 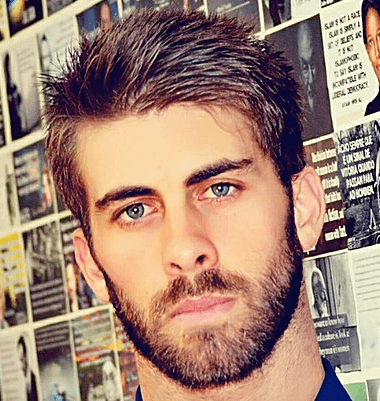 Good for you, Joao! It’s really time we got over the taboo that has surrounded this topic. If there’s going to be anything left of nonhuman Nature, we are going to have to limit our population. It’s also pretty obvious that, the more of us there are, the more difficult it will be to get anywhere near the “sustainable development goals” that so many erstwhile conservationists want to pretend are attainable, just so they don’t have to do the hard thing and tackle that taboo. But we are now a globally communicating species, and we have the technical means to choose limitation. Why should we go on to add another billion or two instead?

Population will either self-correct or nature will correct. One path assures the dignity of the species. The other is horribly indignant.