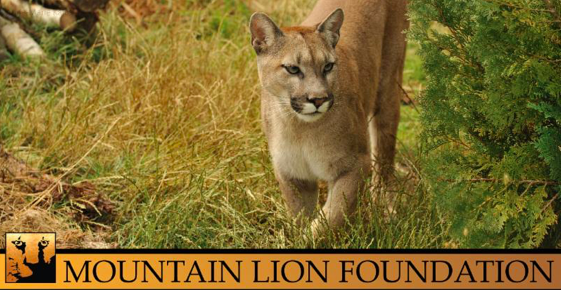 We are saddened by the news that Dr. Alan Rabinowitz, an honorary board member of the Mountain Lion Foundation and co-founder of Panthera, has passed. Dr. Rabinowitz was devoted to protecting the world’s wild cats and his contributions to conservation efforts are unsurpassed. We would like to extend our sincerest condolences to the Rabinowitz family.

Read more about Dr. Rabinowitz on the Panthera Tribute Page

Dr. Alan Rabinowitz is one of the world’s leading big cat experts and has been called “the Indiana Jones of wildlife conservation’” by TIME Magazine. Dr. Rabinowitz graduated from the University of Tennessee in 1981 with an M.S. in zoology and a Ph.D. in wildlife ecology, and was the Chief Scientist of Panthera. Prior to co-founding Panthera with the organization’s Chairman, Dr. Thomas S. Kaplan, Dr. Rabinowitz served as the Executive Director of the Science and Exploration Division for the Wildlife Conservation Society for almost 30 years.

Dr. Rabinowitz has traveled the world on behalf of wildlife conservation and over the years has studied jaguars, clouded leopards, Asiatic leopards, tigers, Sumatran rhinos, bears, leopard cats, raccoons, and civets. His work in Belize resulted in the world’s first jaguar sanctuary; his work in Taiwan resulted in the establishment of that country’s largest protected area and last piece of intact lowland forest; his work in Thailand generated the first field research on Indochinese tigers, Asiatic leopards, and leopard cats, in what was to become the region’s first World Heritage Site; and his work in Myanmar has led to the creation of five new protected areas, including the country’s first marine national park, first and largest Himalayan national park, and the world’s largest tiger reserve in the Hukaung Valley. In northern Myanmar, Dr. Rabinowitz also discovered a new large mammal species and the world’s most primitive deer, the leaf deer.

Dr. Rabinowitz has authored over 100 scientific and popular articles and eight books, including Jaguar: One Man’s Struggle to Establish the First Jaguar Preserve (1986/ 2000), Chasing the Dragon’s Tail: The Struggle to Save Thailand’s Wild Cats (1991/ 2002), Beyond the Last Village: A Journey of Discovery in Asia’s Forbidden Wilderness (2001), Life in the Valley of Death: The Fight to Save Tigers in a Land of Guns, Gold, and Greed (2008), An Indomitable Beast: The Remarkable Journey of the Jaguar (2014), and a children’s book entitled A Boy and a Jaguar(2014).

Dr. Rabinowitz has dedicated his life to surveying the world’s last wild places, with the goal of preserving wild habitats and securing homes, on a large scale, for some of the world’s most endangered mammals. His focus on cats is based on conserving top predators, which affect entire ecosystems. By saving cats, the impacts are far reaching and conserve vast landscapes upon which many species depend, including humans. One of Dr. Rabinowitz’s greatest achievements was the conceptualization and implementation of the Jaguar Corridor–a series of biological and genetic corridors for jaguars across their entire range from Mexico to Argentina.

For additional reading about Dr. Rabinowitz, an excellent tribute also appears in the The Washington Post .  ~ editors