One of the last wild lands ­– Alaska the true last frontier.

This wild land – comparing size – could fit the states of Montana, Texas, and California within. Or European countries like France, Germany, United Kingdom, Switzerland, part of Austria, and Czech Republic, and part of Italy.  If we are counting the islands, even more parts of Europe could be included. From south to north, it covers a distance of 1,420 miles, and east to west it runs another 2,500 miles.

It is the land of the uncountable mountains and the unbelievable number of about 100,000 glaciers. We saw only 56 in our trip – that I counted – hiked by one and hiked on one which I had never dreamed of before. No words can describe the feeling of it.

The wild land, where more than 70 percent, including the spectacular Gate of The Arctic National Park, is not accessible by any kind of road at all.

Water is life. And with about 3,000 rivers and over 3 million lakes, you know there must be vast amounts of wildlife. The water lilies add extra glow to the lakes and create jaw-dropping sights that make you stop to take a break as you drive.

The wildlife is so rich everywhere and varies from the marine species of the ocean, fish, reptiles, amphibians, and invertebrates through land mammals, birds, raptors, to the polar bears of the Arctic. Estimated at 1,100 species, although scientists think there are 1000’s of invertebrates that are also thought to live in diverse marine aquatic and terrestrial habitats (per the Alaska Department of Fish and Game).

Because most of Alaska’s natural environment remains so wild and untamed, it makes the perfect home for a large number of species to thrive.

Moose are incredibly common throughout much of the state, as are mountain goats and Dall sheep. Friends used to tell me: “Just wait until you see the moose in Alaska. They are giants!” Well, I always thought, our moose in the Colorado, Wyoming, and Montana woods are giants. Then my eyes popped out when I saw them in the Alaskan woods. They are 20-25% larger than in the lower 48 States. The ravens are so big, that I wondered if Alfred Hitchcock ever made it to Alaska and if he was inspired by those birds to make his movie.

Wolves and coyotes roam the interior, and there are estimated to be about 100,000 black bears, and about 40,000 brown and grizzly bears in the whole state. We got to see many grizzlies in the Tundra of Denali National Park and Preserve, on the Tundra just south of the Arctic National Wildlife Refuge north-east of Fairbanks, on the highway near Delta Junction and Eagle River Trail near Anchorage. But you can find their signs everywhere you go!

It gave me such great feeling, when we were hiking at the Eagle River, Chugach State Park in Chugach mountains, and met with families with little kids or saw people collecting berries, to see that they all had bear spray on their belt or in their hand or around necks as possible protection if they ran into a bear. When we talked to them, they all agreed, this is Alaskan wildlife. We need to be ready for anything in the woods. They all were so proud of the wilderness surrounding them.

We were fortunate to see a huge number of Caribou herds on the Eagle Summit, south of the Arctic National Wildlife Refuge, and only about 60 miles west of Circle, Yukon River. The smaller herds started gathering for their big annual fall migration. This is one of the most impressive migrations of the world to see.

There is an estimated 750,000 caribou population in Alaska (according to Alaska Department of Fish and Game), however, this particular herd was about 188,000. Their numbers are declining due to several reasons, such as climate change, disease, diminishing food availability, and hunting. This herd’s number was about 244,000 just three years ago.

We didn’t see the large herd all together. But it was breathtaking to see thousands of them as the hills were undulating like waves on the ocean. It truly felt special.

Endless forests, you see large green tall trees everywhere as you arrive at the land of the boreal forests, which stretches in all directions. They have only a few weeks to enjoy warmer sunlight after the long harsh winter, snow, and ice melted before the next winter which arrives in September.

Up in the far north, the climate is warming two to three times faster than the global average. The tundra and boreal forests are undergoing massive physical and biological shifts as a result. Extreme, record wildfires are destroying more and more forests. And the rapid fast melting in spring causes constant flooding in areas where native villages debate the critical decision to move.

Between the Yukon Camp and Arctic Circle, we went for a hike and got to observe a pair of beavers in a pond, as they were collecting wood and willow branches to fix their lodge. I had never seen beavers swimming this fast before.

Their rush made sense because they have such a short period of time until the freezing temperatures are back to make an icy wonderland again. This is the land of “nowhere” with unforgiving long winter conditions, where you will truly understand the need and the meaning of mushing with sled dogs.

Some people, family homes or native villages, have no road connections to towns and are hundreds of miles away from any civilization. Planes can fly there and bring food, supplies, or emergency needs in summer, and if the weather conditions let them. But in the long deep winter sled dogs are used for everything for many months.

These dogs can be needed anytime, under any circumstances. Therefore, the owners, mushers are keeping them in good shape and condition all year long. Many of them even offer trail tours for that purpose, and to gain some funds for them to make sure they have enough to feed the dogs and can take care of the equipment. These dogs are even used in the Denali National Park for searching visitors when they are in trouble or missing. This is a lifestyle that is not for everyone, but anyone can be in a situation when it’s needed.

We stopped in Wasilla to visit the Iditarod Museum, and Raymie and Barbara Redington with their dogs and handler three times. Raymie is the son of Joe Redington, who is the Father of the Iditarod. Learning the history of the purpose of these dogs, in person, by one of these best mushers, brought tears into our eyes. Saving lives in Alaska’s harsh environments, when no other available sources can be found for at least 6 – 8 months. Incredible animals.

We took the trail with Raymie and his dogs in the woods, and they amazed me with their focus and the type of “want to run” attitude. They don’t even know how important they are and that they are saving lives. They are giving extra freedom for people to live and enjoy and take advantage of the wild.

I was also lucky to spend a few hours with Lavon Barve in Wasilla. He used to be one of the best and most famous mushers in Alaska. He won the Yukon Quest in 1994. My Hungarian friend, Horváth János was his dog handler and trained his dogs for that race for two years. The stories I have heard from János over the years made me want to meet him. He is for sure a storyteller. I learned from Lavon that he started his sled dog hobby first in Michigan in 1964, and he won the Great Lakes Sled Dog championship in 1968. He also told me stories about his family’s hardship after they started their new life with Alaskan dog mushing in 1969. Listening to these great people, you just want to hear and learn more about how they really survived those years in the old days with these dogs.

Some more of our highlights were seeing a Muskox ranch near Palmer, and learning more about them. (Maybe one day we will get to see some in the wild?) We saw a family of Alaska’s state bird, the Willow Ptarmigan, which is known for its use of unique camouflage, changing its plumage from light brown in the summer to snow white in winter.

While whale watching at Kenai Fjords, we saw many Steller sea lions and many bird species fed by the big blue.

We were lucky to see North America’s highest mountain peak at 20,310 feet (6,190 m) with blue sky in the 6-million-acre Interior Wilderness of National Park and Preserve. Meaning we are in the only 30% of visitors who actually got to see the peaks without clouds. Of course, the blooming sea of fireweed and all other wildflowers made every hill and meadow so colorful and like a masterpiece painting.

When you are travelling within such landscapes which are so alive by the unimaginable amount of wildlife for many hours, days, and weeks, you start to wonder, what have we done? Where are we going? What have we lost, when and where it will end?

Mother Nature has been taking care of Herself for millions of years.

But when will we stop being so naive and stop thinking that our human urbanization, rapidly growing population, city and building growth, has no huge impact on the environments surrounding us, and doesn’t have a negative change on the climate of this so beautiful Earth. Is there any way to turn things around?

Dear Kim Crumbo, I don’t know if you were ever able to travel and see the Alaskan wild.

I wish I could tell you; I think I was able to see “how the old Europe” might have looked before humanity spread everywhere.

I think I was able to put the last puzzle pieces together, how complex everything is in this untamed wilderness, but still have so much to learn.

Alaska has been calling me since I was 18 years old, and I grew up in a different country on another continent, in Hungary, Europe.

Now that I had the opportunity to travel and see all kinds of aspects of the different regions and different climates within one state, I wanted to tell you how I see even more now, what it really means, and why we need to “ReWild.”

All photos (c) Krisztina Gayler. Click any image to enlarge. 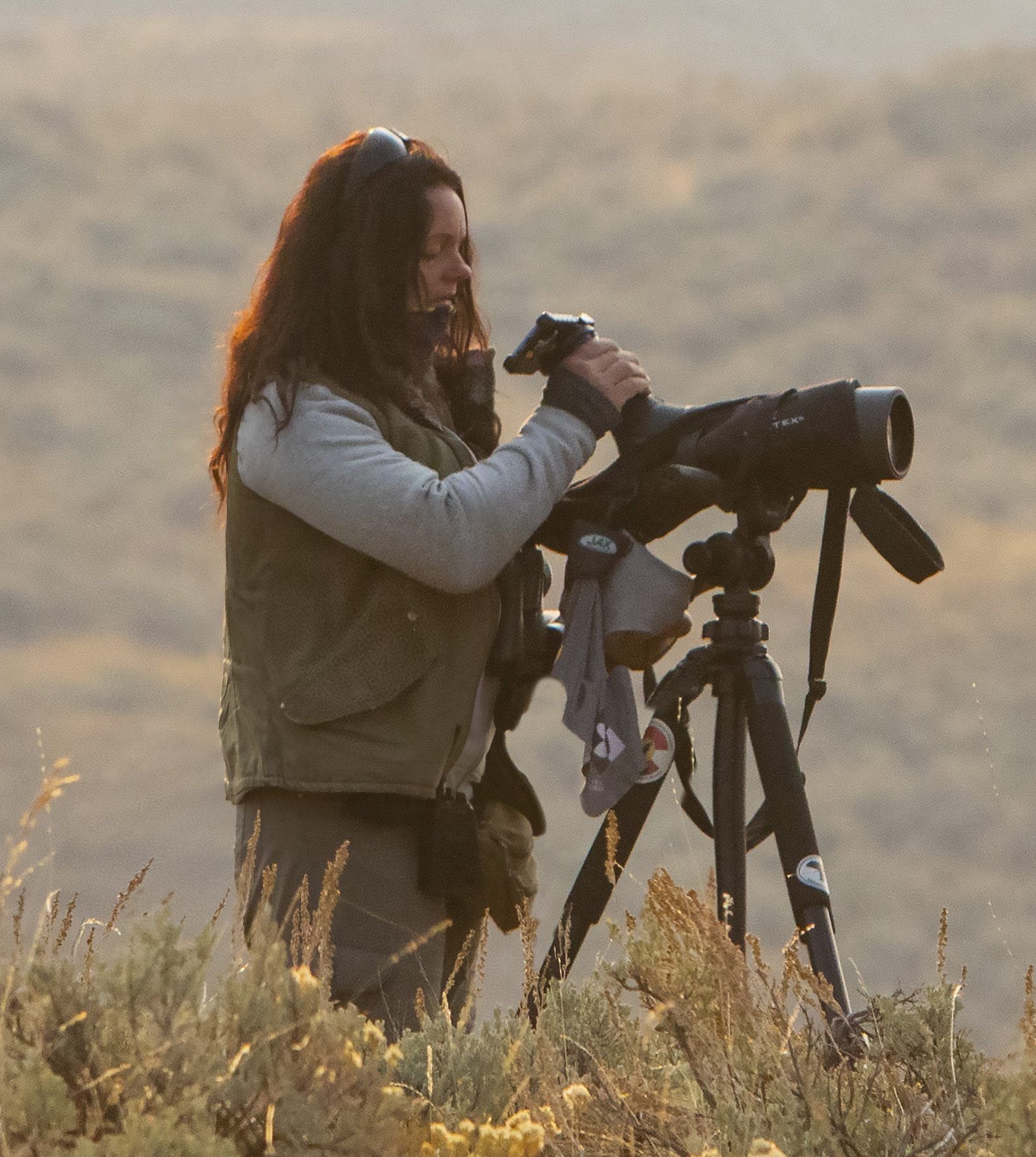