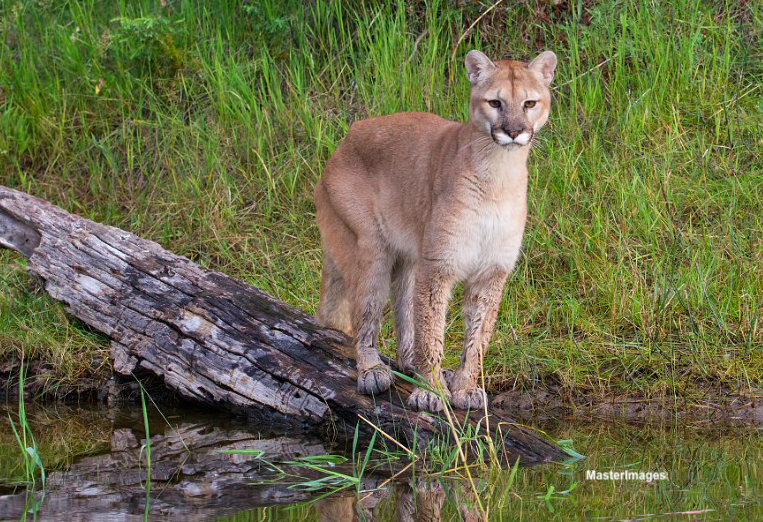 Corridors Necessary but Not Sufficient

Almost inevitably, however, the tragic outcome of these wild wanderers’ heroic journeys is the young male keeps moving, looking for a mate, until he is finally shot or hit by a car. Science writer Will Stolzenberg wrote a beautiful book, Heart of a Lion, about the amazing journey of a young male Puma who was born in South Dakota’s Black Hills, embarked eastward to find a new home and mate, traversed the northern Midwest, wandered in winter through northern New York’s wild but Puma-deprived Adirondacks, and was finally hit and killed by a car in Connecticut, in 2011.

More recently, a healthy young male Puma was needlessly dispatched in Kentucky by wildlife officials. Perhaps even more amazingly, a female Puma apparently made it as far east as central Tennessee in 2016, and (judging by wildlife camera photos) persisted there a good while. Reports suggested that a hunter shot but did not kill her with an arrow, turned in his arrow; and from the blood on that, genetic analysis suggested a Black Hills origin for this female cat, too. Numerous tragic endings demonstrate that although continental wildways and smaller wildlife corridors are needed if we are to restore and maintain our natural heritage, they are not enough. For successful restoration of carnivores, co-existence will be as important as corridors. Until wildlife agencies and land-owners support carnivore conservation, the predatory guardians of biotic communities will be restricted to present ranges, and imperiled even in some of those. Unfortunately, support for carnivore conservation is spotty and in some areas has waned recently. 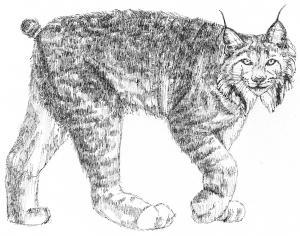 In general, conservationists and caring citizens have been aghast at – and caught unprepared by – a new backlash against predators in the rural United States. The misnamed “Wildlife Services”, a killing program of the federal Agriculture Department, is shooting and trapping thousands of predators a year, mostly in the West, and usually at the behest of ranching or agribusiness interests. [See Project Coyote’s film Killing Games, http://www.projectcoyote.org/killing-games-wildlife-crosshairs/ ] State wildlife agencies have sided with ranchers, politicians, and commercial hunters in pressuring the Fish & Wildlife Service to remove protections for the Wolf in the Northern Rockies. Now, too, we are seeing a hate campaign aimed at ending the Red Wolf recovery program in the Southeast.

Such vitriolic opposition to carnivore recovery appears to combine the deep-seeded fear many people still feel for big toothy animals with a confused association in some rural people’s minds of wildlife restoration and big bad government. Wolves, alas, have come to be seen as liberal Democrats, through no political fault of their own (but perhaps an unwise decision on the part of some environmentalists to cast their lot wholly with the Democratic Party – which, by and large, shares the Neo-Cons’ indifference to wild Nature).

Meanwhile, however, Coyotes continue to prosper, and now thrive across most of the country, West and East, despite being frequently shot or trapped in many areas. Benefitting from compensatory reproductive capacity, they remain relatively numerous (by carnivore standards) even where their mortality rates are high, but their natural hunting behavior and social structures are disrupted by the guns and traps and poisons they face. Moreover, as long as there is an open season on Coyotes, Wolf recovery is unlikely. Several of the heroic wide-wandering Wolves of recent years have covered hundreds of miles in quests to find new home ranges, only to be gunned down in cases of supposed mistaken identity with Coyotes. Project Coyote was among the first wildlife advocacy groups to realize that treating Coyotes with dignity and respect, rather than as vermin, is essential not just because they are beautiful predators in their own right, but also because other predators will remain unsafe so long as the war on Coyotes continues. A crucial step in wider carnivore recovery efforts, then, is gaining at least partial protection for Coyotes in states with potential for reestablishment of Wolf or Puma populations.

Conservationists need to work to restore and protect local, regional, and continental wildways. At the same time, however, we must build the public pressure to force wildlife agencies to restore and conserve the full natural array of wildlife and habitats. “Bait and bullet” domination of wildlife management is maximizing game numbers to the detriment of natural communities. A lucky lineage of Pumas might find enough habitat to make it north through the Appalachians, if they got there. As things stand now, though, Pumas – Panthers – are essentially penned into south Florida, with the Caloosahatchie channel and outmoded wildlife policies preventing their northward expansion. To the west, we must go all the way to west Texas or South Dakota’s Black Hills to find sizable Cougar populations; and these are heavily persecuted, so not likely to produce surplus females to disperse. Between those populations and viable habitats in the Appalachians and Adirondacks are too many roads and guns for safe travel, and wildlife agencies that are all too likely to dispatch any bold young wanderers.

In short, wildlife corridors – wildways – are essential to long-term persistence of Pumas and other wide-ranging species. Also paramount, though, are welcoming attitudes to the full range of wildlife, including big toothy animals. 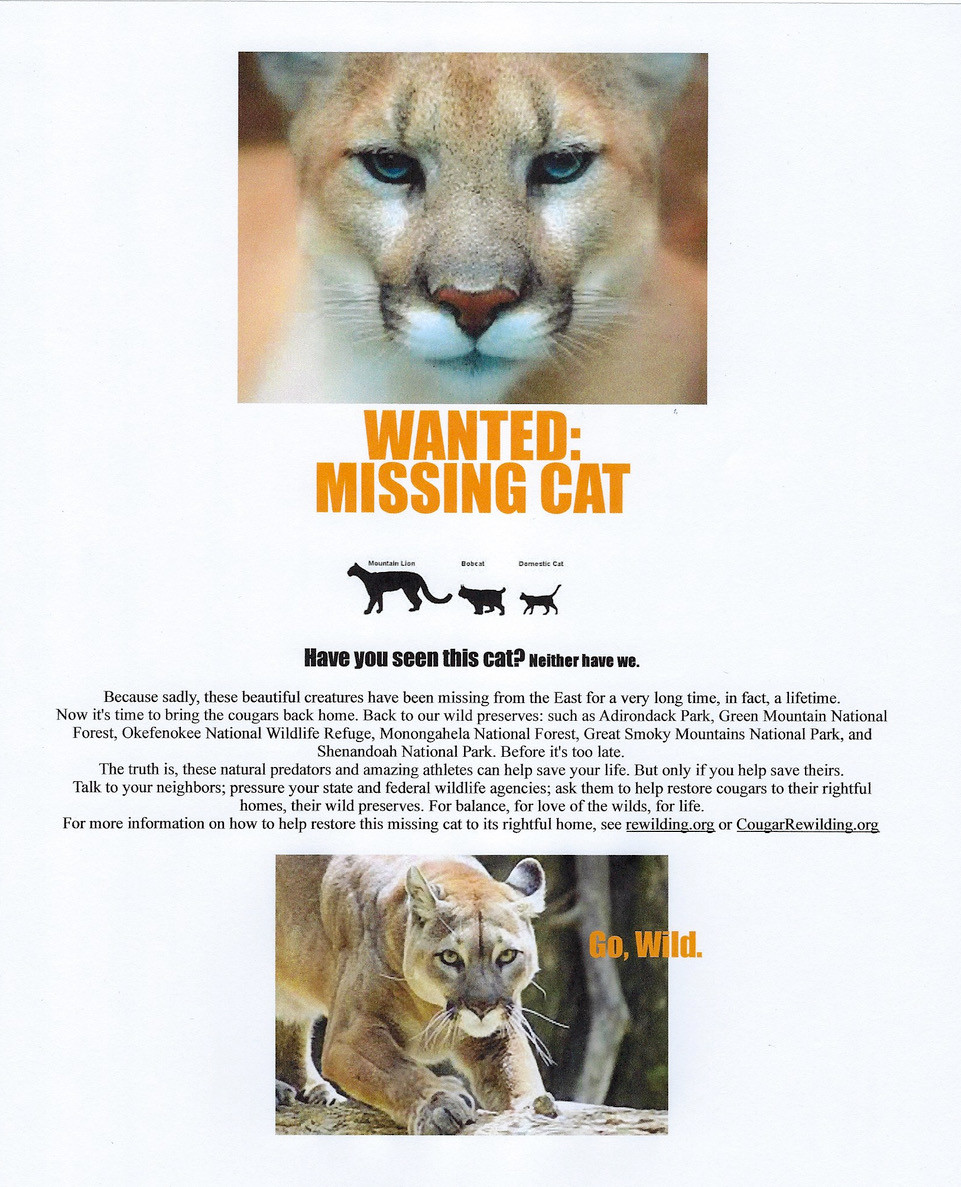