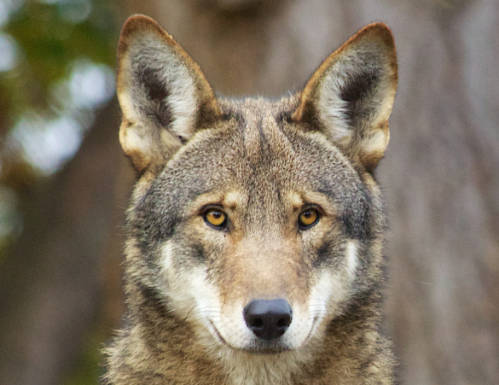 Editors’ note:  Fortunately, rewilding projects and ideas are in the news more and more frequently.  Unfortunately, this is largely because the extinction and climate crises have worsened to the point that truly bold and visionary conservation and restoration work are essential to saving life on Earth.  In this periodic summary, we list some of the notable stories in the media pertaining to protecting and restoring wild Nature that the TRI board and staff discover and discuss.  These are some highlights from Dec. 2021 and early January 2022. We urge sharing links to the ones you find most inspiring.  This list was curated by Katie Shepard, Rewilding Earth Managing Editor

1. Yellowstone to Yukon Conservation Initiative, How a conservation goal went from “audacious” to authentic [Dec. 1, 2021]

“A new paper lays out evidence that a big audacious vision of connecting and protecting the mountains from Yellowstone in Wyoming to the Arctic Circle in the Yukon has led to measurable on-the-ground conservation across an almost 3,400-kilometer-long region. The study, just published in Conservation Science and Practice, uses five conservation metrics to evaluate progress. Data shows an 80.5 percent increase in overall protection from 1993 to 2018 in the Yellowstone to Yukon region.”

“The Southern Utah Wilderness Alliance’s (SUWA) 8-million-acre wilderness proposal S. 1535 ‘America’s Red Rock Wilderness Act’ just got an important endorsement from the Dine or Navajo Tribe. The Navajo Reservation borders many of these public lands proposed for wilderness designation. The lands in America’s Red Rock Wilderness Act have critical cultural and historical importance to the Navajo. Therefore, the tribe is to be commended for supporting the SUWA proposal (map).”

3. The Colorado Sun, A Colorado family tried to save their cattle ranch by betting big on rare birds. It’s paying off. [Dec. 5, 2021]

“From getting the folks at Audubon to certify the ranch as bird-friendly, to selling carbon sequestration credits for the tall grass, the May Ranch near Lamar is modernizing stewardship.”

4. The Guardian, Most endangered cat in Americas found living on outskirts of Chilean capital [Dec. 10, 2021]

“With a shrinking population of fewer than 1,400 mature Andean cats left, any sighting is good. But this one heralds a signal of hope in a different way for the species and the conservationists battling against the cats’ extinction because it confirms a new population living close to humans – on the very edge of Santiago, a city of eight million people.”

“When it is completed, the 200-foot-long, 165-foot-wide bridge will be the largest and most expensive of its kind in the world — and the only one designed to save a species from extinction. It is crucial, scientists say, to restoring gene flow among small, isolated populations of cougars trapped south of the freeway that roars with 300,000 vehicles each day in the Santa Monica Mountains and cougars confined to the north in the Simi Hills and Santa Susana Mountains.”

“The Center for Biological Diversity has been raising the alarm that the border wall cuts off wildlife connectivity. The Center has brought multiple lawsuits to stop border wall construction and to protect the Mexican gray wolf population. This is the first time they directly observed how the border wall stymied a wolf’s path.” See the map of the wolf’s path in the article.

“We just listened to Kurt Repanshek of National Parks Traveler interview Kris Thompkins of Thompkins Conservation talk about rewilding and their projects. It was a great interview and relevant to what we’re all about. Check it out!” –Susan Morgan, TRI President

8. New York Times, Inside the Campaign to Save an Imperiled Cambodian Rainforest [Dec. 20, 2021]

“Deep in the Southern Cardamom Mountains, former loggers and poachers have assumed new roles as protective rangers and ecotourism guides. Can their efforts help preserve a vast stretch of wilderness?”

“The Wilderness Act defines Wilderness as a place where the earth and its community of life are untrammeled by humankind, retains its primeval character and where natural conditions are preserved. Simply stated, Wilderness is meant to exist with minimal human interference. Yet within the vast majority of Wilderness areas, the wolf, the apex species with profound ecosystem influence, is now absent—an absence due entirely to the relentless killing by humankind.”

“London Mayor Sadiq Khan announced earlier this week an effort to ‘restore precious wildlife sites’ and increase biodiversity in the city in part by reintroducing lost species into the city’s parks and nature reserves. Khan’s 6-million pound (nearly $8 million) Rewild London Fund will focus on 20 to 30 of London’s 1,600 Sites of Importance for Nature Conservation. Only half the sites are currently being appropriately managed, according to Khan.”

“I hope this becomes more common in the next year or so.  Rewilding the urban areas as much as possible is an important way for lots of people to get behind the idea.” –Jason Kahn, TRI Vice President

11. The Washington Post Magazine, Greta Thunberg on the state of the climate movement and the roots of her power as an activist [Dec. 27, 2021]

“The Swedish activist discusses being catapulted to the world stage, and how Asperger’s has helped her stay so focused.”

“The Big Hole Watershed Committee collaborates with a variety of partners to create life-giving wetlands in SW Montana. Taking cues from flood irrigation and beavers, natural water storage projects help us adapt to climate change by slowing spring runoff and soaking the soil sponge. The film highlights our pro-active work to increase the availability of water for all uses by making the most of abundant winter snowpack.”

“I didn’t think this short watershed restoration documentary would be as interesting as it turned out to be.” –Jack Humphrey, TRI Podcast Host

“Much has changed since F.D.R. called for a great transboundary conservation area spanning the Rio Grande, but the vision lives on. Is it an idea whose time has come—or come and gone?”

“A dang good article on cross-border protected areas on either side of the Rio Grande around Big Bend. I highly recommend it.” –Dave Foreman, TRI Founder

“When the Bootleg fire tore through a nature reserve in Oregon this summer, the destruction varied in different areas. Researchers say forest management methods, including controlled burns, were a big factor.”

“Rats are both intelligent and resourceful, requiring those same traits in the humans who would like to get rid of them without also poisoning pets and wildlife. […] In Provincetown, the focus of rat control is education. For humans, that is.”

“A population of strange canids in Texas could hold the key to reviving the highly endangered red wolf.”