Posted by Marcel Evans on October 17, 2012 in Science News 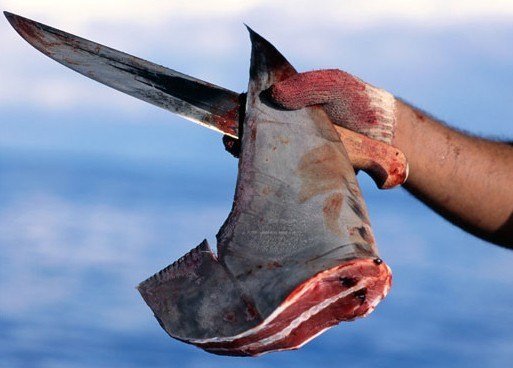 In the past week The Costa Rica Star has published on the shark finning ban that was signed by Laura Chinchilla in the presence of Sir Richard Branson, near Manuel Antonio National Park.

Sea Shepherd is not buying it. This is simply smoke and mirrors by President Laura Chinchilla. Costa Rica is simply trying to do damage control for all the attention focused on shark-finning since Costa Rica issued a warrant for the arrest of our founder and president Captain Paul Watson in May of this year.Why do we think that President Chinchilla is not sincere?

President Chinchilla is simply trying to appease the tourism industry by creating the illusion she is getting tough on the shark fin industry. Shark fins are big business in Costa Rica and one of the reasons there has been very little outcry from the shark fishing industry over this “decision” is because they know it will continue to be business as usual.

The people of Costa Rica want shark finning to stop. Chinchilla needs to understand that she is not fooling anyone with this announcement. She may fool a few people for a few weeks but there are conservationists, rangers, members of the Coast Guard, politicians, and members of the public in Costa Rica who will continue to report the truth.If Costa Rica is really serious about saving sharks, the government should ban all shipments from Nicaragua, step up enforcement, demonstrate some real conservation efforts at Cocos Island: tally up some real arrests and seizures; and they should drop the ridiculous charges against Captain Paul Watson.

And the truth is that Costa Rica remains one of the most destructive shark-destroying countries in the world and certainly the most shark destroying nation in Latin America.

Anyone know of any way to get this information onto tourism blogs or websites?