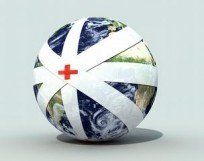 In Man Swarm: How Overpopulation is Killing the Wild World, Dave Foreman lays out ways in which overpopulation harms the wild world. He calls them the Seven Ecological Wounds. Check out excerpts from the book discussing them; they will appear over several posts, starting with Wound 1:

When I was young I learned how the “harvesting” of the seven seas would feed more and more people. We’ve done that, but what has happened? The crashing of fisheries throughout the world, the die-off of coral reefs, and the functional extinction of keystone species such as cod, sharks, and tuna.

As hungry little settlements swell and spread out, they gobble up the bigger wildlife from rainforests and other wildlands. Even a little knot of huts with near-Stone-Age tools can clean out the bigger wildlife in a nearby protected area. As more babies grow up and become parents, hunters have to go ever farther afield. Historically, hunting has caused the global extinction, local extirpation, or near-extinction of wildlife, including once-highly abundant bison, passenger pigeons, shorebirds, whales, cod, elephants, sea turtles, and many more. Such hunting has been driven by the “need” for meat and new settlements and cropland by ever-growing populations of people worldwide and locally.

Although direct killing is still fulsome in much of the world, it has become less of a threat in the United States. Here, ransacking and taming wildlands may do even more harm than the other wounds. The growing Man swarm in the U.S. is the leading driver for scalping neighborhoods lived in by wild things and remaking them into new neighborhoods for men, women, and children. Philip Cafaro and Winthrop Staples write, “Between 1982 and 2001, the United States converted thirty-four million acres of forest, cropland, and pasture to developed uses, an area the size of Illinois.” The acreage cleared, paved, built on, and otherwise remade for Man has also been going up since 1982, from 1.4 million acres to 2.2 million acres every year. And bulldozers continue to eat more acres every year.

Crop fields and heavily grazed pastures are no better and sometimes even worse for wildlife than towns are. But when farms and ranches are pimpled with homes, streets, and strip malls, their food-growing acreage has to be made up for elsewhere by plowing wildland or by more irrigation, fertilizers, and pesticides on less giving land. Some of the richest cropland in California and elsewhere in the U.S. has been lost to sprawl.

The building of bigger homes and the shift from the Rustbelt to the Sunbelt speed the cancerous sprawl of suburban and exurban bedroom neighborhoods in the U.S. But the growing population in the U.S. is an even bigger driver of sprawl. More mouths lead to more acres of wildland scalped for cropland, too. Recall that University of Wisconsin researchers say “the amount of cultivated land on the planet has increased from seven to forty percent” since 1700. In about three hundred years, the acres needed to feed Man have gone from less than ten percent to nearly half of Earth’s land acres—more than a fivefold rise.

Spin a globe. One-third of what you see that is not water or ice has gone from neighborhoods for wildlife to food lands for Man in just three hundred years—which is only three percent of the time since full-on agriculture began and less than one percent of the time since Homo sapiens crossed the Red Sea out of Africa. This mind-numbing, heartbreaking wreckage of the wild is the main driver for the extinction of heaps of beings worldwide and the nosedive of others, like butterflies, elephants, and tigers.

Stay tuned for Wound 3: Fragmentation of Wildlife Neighborhoods and Wound 4: Upsetting and Weakening Ecological and Evolutionary Processes to come…