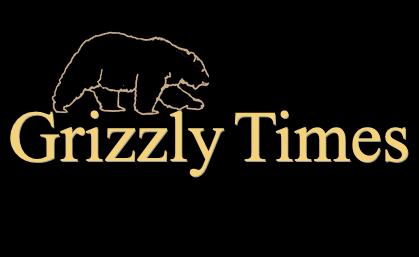 As a scholar and social scientist I get annoyed when concepts are deployed for partisan purposes without regard for intellectual integrity. Having said that, I suspect that most politicians would find my distress silly, which is to be expected of a breed that exists to promote partisan ends using whatever rhetoric serves the immediate purpose. More to the point, politicians specialize in propaganda, one definition of which is: “Official government communications to the public that are designed to influence opinion. The information may be true or false, but it is always carefully selected for its political effect.” So, politspeak, in the spirit of Politburos and other perversions of public service.

But I expect something quite different from public servants working for administrative agencies. These people are tasked with implementing legislated policy as honestly and faithfully as possible, and, through that, maximizing benefits for the broader public they serve. Policy-relevant information is to be obtained, used, and communicated openly, with as little prejudice as possible. In other words, public communications by folks working for government bureaus should not be in the form of propaganda—not politspeak, at least in a democratic society, at least ideally.

This brings me to public statements made during recent years by spokespeople for the federal and state agencies that manage our wildlife—more specifically, the use of a particular concept by grizzly bear managers in the Yellowstone ecosystem: that of “social carrying capacity.” To be fair, this usage is nested within a broader movement among wildlife managers who invoke “social carrying capacity” as justification for killing all sorts of animals, which may partly explain but not excuse such prevarications.

And that’s the point. “Social carrying capacity” is invariably used to justify killing more animals. Here’s a sampler: by the Florida Wildlife Commission to institute a sport hunt on the threatened Florida black bear and increase lethal control of the endangered Florida panther; by the Maine Department of Inland Fisheries & Wildlife to increase levels of sport hunt on black bears in Maine; by Montana Fish, Wildlife & Parks to increase the harvest of mountain lions; by David Mech, a USGS wildlife scientist, to justify hunting wolves in Oregon and Wisconsin; and by the US Fish & Wildlife Service and state wildlife management bureaus of Montana and Wyoming to remove Endangered Species Act (ESA) protections and institute a sport hunt on grizzly bears in the Yellowstone Ecosystem, which is my focus here.

So what do wildlife managers seem to be saying when they invoke “social carrying capacity” as justification for killing these animals? Basically, it comes down to this: the assertion that “people” will not tolerate any more of these large carnivores (read grizzly bears for Yellowstone), which means that “we’ve” reached the limits for how many can be supported in a given area, which means that “we” need to start reducing numbers by killing more animals. In the case of Yellowstone’s grizzlies, the preferred method for killing these bears is through a sport hunt. “People” are viewed as a homogeneous blob, and socially-defined “carrying capacity” as some kind of objective fixed reality.

So what are the academic roots of “social carrying capacity”? This concept was first developed by social scientists thinking about the numbers of people that could recreate in an area before their collective enjoyment was critically impaired. Alan Graefe, currently at Penn State, and Jerry Vaske, of Colorado State University, wrote an article in 1984 that reviewed “social carrying capacity” applied to recreation and concluded that it was “…not an absolute value waiting to be discovered, but rather a range of values which must be related to specific management objectives for a given area.” Bill Burch, of the Yale School of Forestry & Environmental Studies (as well as a friend of mine), wrote the concept off as being essentially useless in papers that he published during 1981 and 1984 in the journal Leisure Sciences. One of his articles was aptly titled “Much Ado About Nothing.”

Nonetheless, Dan Decker and Ken Purdy, both at Cornell, wrote a paper in 1988 that extended the concept to wildlife management, modifying the term to read “wildlife acceptance capacity.” Various academics have since tried to apply this wildlife-specific concept, resurrecting the moniker of “social carrying capacity.” Ben Peyton of Michigan State University recently related the concept to wolves in the Upper Peninsula of Michigan. Not surprisingly, he concluded that there were four sub-populations of people typified by differing degrees of tolerance for wolves (from highly tolerant to highly intolerant), and that these levels of tolerance were rooted in basic beliefs about the benefits of wolves as well as concerns about negative impacts. He was not brash enough to construe from this how many wolves might be able to live in the Upper Peninsula. Rather, he noted that there was a wide range of highly fungible ideas about what that number might be.

To be fair, the concept of “social carrying capacity” gets at something fundamentally important, which is that people hold different perspectives about animals such as grizzly bears, which might translate into different ideas about how many of these animals they want, as well as willingness to encounter them or sustain material harm.

But there are huge problems with trying to package all of this in a concept such as “social carrying capacity,” which implies an ability on the part of wildlife managers to derive an unambiguous estimate of how many animals—say, grizzly bears—can live in an area, and from that arrive at some unimpeachable justification for deciding how many of these animals to kill. But such has been the presumption in virtually every instance where a wildlife manager has deployed the concept of “social carrying capacity.”

In fact, people have perspectives that engender different attitudes and expectations, with implications for how wildlife are managed. And these perspectives vary widely in reflection of different world views, different life experiences, and different external circumstances, all of which can be related to demographic proxies such as gender, age, race, place of residence, level of education, type of employment, and so on.

More explicitly, social science research has shown over and over again that white males with less education, living in rural areas, and employed in agriculture have notoriously little tolerance for large carnivores such as grizzly bears. Interestingly, most of these guys are hunters. And, of direct relevance to the drama of Yellowstone’s grizzly bears, these guys dominate wildlife management by holding the purse strings and controlling wildlife commissions. Moreover, they are among the politically best connected of all in the states of Wyoming, Idaho, and Montana where we are trying to sustain the few grizzly bears left in the contiguous United States.

Put another way, “people” are not a homogeneous blob when it comes to political power or perspectives about grizzly bears. Nor are there an unambiguous number of grizzlies (or any other wildlife species) that can be sustained given the diversity of these human perspectives. In reality, peoples’ perspectives are way too varied and fungible to be translated into anything like an estimate of “carrying capacity,” including for grizzlies in Yellowstone. Different people want different things, with only inexact notions of how that might translate into size and distribution of a wildlife population–or levels of conflict and rates of encounter.

As important, people can have huge effects on these more concrete outcomes by how they behave and whether they chose to modify their behaviors. For example, whether ranchers in the Upper Green River Basin of Wyoming chose to employ husbandry practices know to substantially reduce conflicts with grizzlies, or whether the US Forest Service chooses to revoke grazing permits for regressive ranchers who don’t make a good faith effort.

So, what the heck is going on with our wildlife managers? More specifically, what’s going on with state and federal managers charged with managing grizzly bears in Yellowstone?

More correctly, wildlife managers are talking about political carrying capacity configured by their assessment of career prospects and the budgetary or other special interests of the wildlife management agencies they work for. To be fair, agency culture is also a major factor, including a deep-seated prejudice against predators that kill animals that would otherwise generate agency revenues through the sale of licenses to hunt large herbivores—at least according to agency myth.

In Yellowstone, the consequences for grizzlies and those who care about them have been dramatic. The solemn intonation of “social carrying capacity” by wildlife managers has served as justification for drawing lines on maps with profound consequences for the life expectancies of grizzly bear. The current Primary Conservation Areas and Demographic Monitoring Areas for managing grizzly bears delimit the bounds beyond which these bears vaporize into the oblivion of institutionalized intolerance. Importantly, these existential lines do not denote much that is explicitly “social,” but rather much that is regionally political.

Interestingly, the notion of “social carrying capacity” was seized upon by opportunistic agency managers during 2004-2007 to capture rhetoric voiced by “advisory councils” constituted by the governors of Montana and Wyoming during 2002-2003. Notably, these highly politicized “councils,” billed as representing a “wide range of stakeholder interests,” served primarily to set the stage for the 2007 removal of ESA protections for Yellowstone grizzly bears—a move later over-turned by federal courts. This recent history uncannily foreshadows the current widely-publicized move by Montana’s governor to convene yet another “advisory council” that will no doubt intone, yet again, the presumed diktat of “social carrying capacity” as, yet again, presumed imperative to remove ESA protections for grizzly bears throughout the Northern Rockies. Or, more transparently: kill more grizzly bears as a balm to the wounds of ranchers, farmers, and conservative ideologues sustained by already ample federal subsidies.

All of this brings me back to where I started. I am aggravated, not just by the betrayal of intellectual integrity implicit to how Yellowstone’s grizzly bear managers are using “social carrying capacity,” but also by the extent to which this usage is clearly part of a propaganda campaign that serves the partisan interests of wildlife management agencies and the politically well-connected few that they serve—not the broader public interest. It is especially egregious that a federal bureau such as the US Fish & Wildlife Service is so fully complicit in this betrayal of the public interest when this agency should be representing the interests of all people in the United States, not just ranchers and hunters in states such as Wyoming.

Social carrying capacity? The term should be relegated to the trash bin of Orwellian Politspeak.

Grizzly Times Founder, Dr. David Mattson has studied both grizzly bears and mountain lions for the last 35 years, including 15 years of intensive field investigations in Yellowstone. He is also intrigued by what goes on in peoples’ heads, especially that which is relevant to understanding policy dynamics and the role and effects of scientific information. Dr. Mattson has pursued his interests as a Research Wildlife Biologist and Station Leader with the U.S. Geological Survey, as Western Field Director of the MIT-USGS Science Impact Collaborative, as Lecturer & Visiting Senior Scientist at the Yale School of Forestry & Environmental Studies, and as part of the Advisory Team for People & Carnivores.