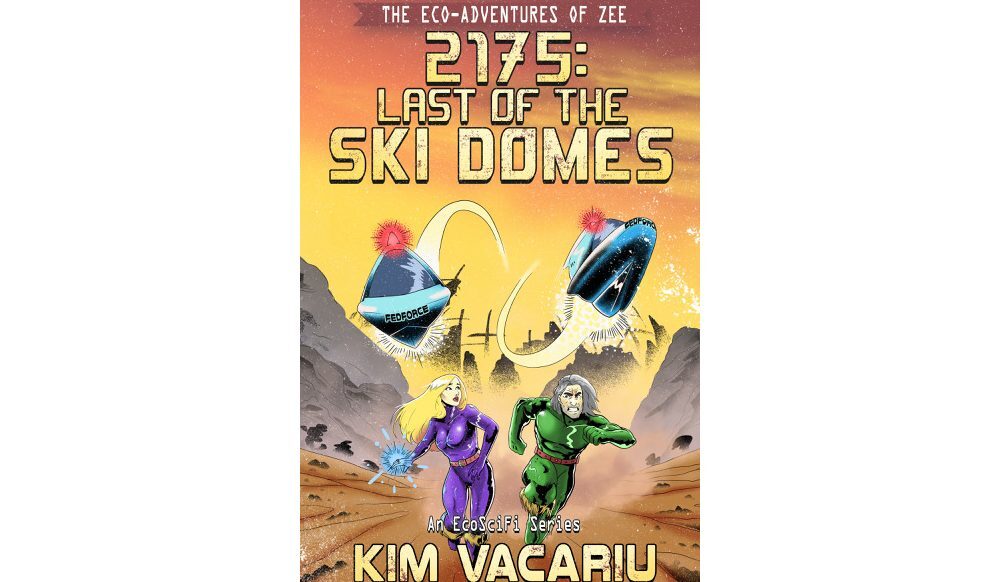 The Eco-Adventures of Zee

The Eco-Adventures of Zee: Last of the Ski Domes (Book 1 Synopsis)

In the climate-altered world of 2175, when potable water is almost non-existent, where no snow has fallen in nearly 100 years, when rain is a virtual oddity, and fossil fuels are long depleted, human threats to Nature continue unabated. In the transformed environment of the Rocky Mountains, a genetically-selected journalist known as Zee and his telepathically-gifted girlfriend Lectra find both other-worldly love and a burning desire to fight for what remains of the natural world through rejuvenation of the age-old sabotage art known as “monkeywrenching.”

The two partners endure risky fights against Nature-damaging projects, designing spectacular sabotage actions to stop them. Their ability to craft unique scientific approaches and uncanny escape strategies give Zee and Lectra the experience, courage and inspiration to fine-tune future ingeniously-executed actions designed to “Save What’s Left” of Nature. Through it all, Zee and Lectra’s participation in a unique life-extension experiment gives them an uncanny vantage point for interpreting humanity’s greatest irony—that continuing damage to the planet’s ecosystem is irreparably and permanently linked to a manifest defect in the “human condition.”

The Eco-Adventures of Zee: The Magic Seed (Book 2 Synopsis)

Human damage to the natural world remains as strong as ever in 2177. In the transformed climate of the Rocky Mountains, Zee and Lectra continue their ingeniously executed monkeywrenching of projects that threaten the survival of Nature. Amidst bursts of unworldly lovemaking, the two execute wild, uncanny escapes from capture, inspiring the pair onward to new opportunities to “save what’s left.”

Surviving in a world of extraordinary circumstances balanced between human malfeasance of the highest order and incredible technological advancements, they participate in a life-extension experiment that gives them a unique vantage point for interpreting humanity’s greatest irony—that threats to the planet’s ecosystem are irreparably linked to a manifest defect in the “human condition.” But a shocking “first arrival” by off-planet visitors throws Zee and Lectra into roles that they could never have possibly imagined. 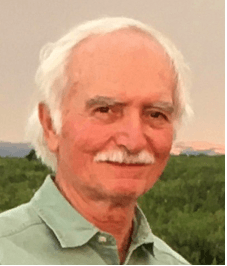 Kim Vacariu migrated West after receiving a Bachelor of Science Degree in Journalism at Kent State University. Upon arrival in Colorado he co-authored his first book, a collection of nature-infused poems peddled on the streets of Boulder. He soon launched a multi-year poetry-writing marathon, living in a remote off-the-grid cabin at the site of an old mining town called Bear River near Steamboat Springs, where he fully heard the call of the wild. Later, establishing a homestead in the nearby Elk River Valley, he co-founded and edited multiple publications, most notably the Steamboat Springs Review, a free alternative newspaper in which he first published The Adventures of Zee beginning in 1989. The newspaper received the local Environment 2000 Shining Star Award in 1995 for its “Commitment to Environmental Responsibility.” Vacariu continued focusing his writing and energy on Nature conservation, spending the next two decades as a communications specialist and grass roots organizer for Wildlands Network, where he created and directed a large coalition of conservation groups working to connect wild habitats in the Rocky Mountains. He continues to serve on boards of directors for nature-protection organizations, and lately claims he is scheming new ways to save what’s left of Nature in a future that is happening now.

Kim Vacariu was the Western Director of Wildlands Network from 1998-2017, where he organized and directed the Western Wildway Network, a large coalition of conservation groups working to connect wild habitats in the Rocky Mountains. In addition to his direct conservation work, Kim continued his life-long passion for creative writing, focusing on the promotion of Nature protection through poetry and fiction. He co-authored his first book, a collection of nature-infused poems after moving West after receiving a Bachelor of Science Degree in Journalism at Kent State University. He later founded and edited multiple newsprint publications, most notably the Steamboat Springs Review, a free alternative newspaper in which he first published the long-running EcoSciFi series, the Adventures of Zee, beginning in 1989. That newspaper received the local Environment 2000 Shining Star Award in 1995 for its “Commitment to Environmental Responsibility.” Vacariu continues focusing his writing and energy on Nature conservation, assisting colleagues in communicating campaigns and messaging. He has served on numerous boards of directors for conservation organizations and currently serves on the boards of Friends of Cave Creek Canyon (Portal, AZ) and Wild Arizona.