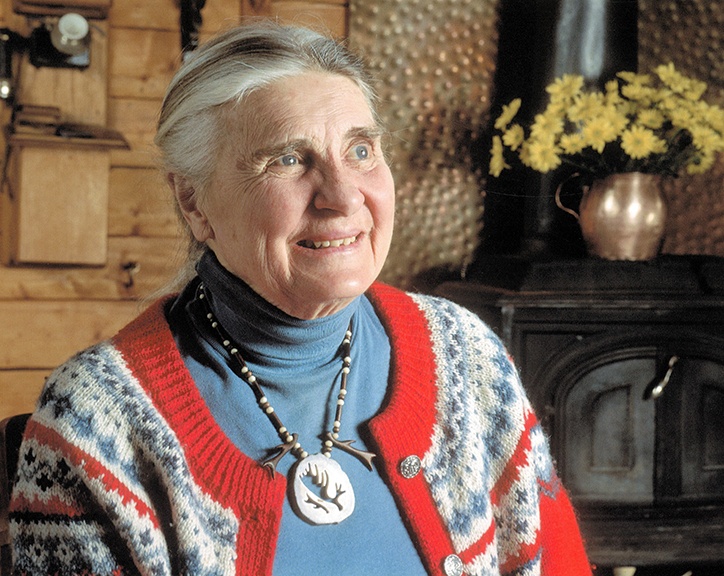 The Legacy and Lessons of Celia Hunter

Celia Hunter’s legacy as a tenacious champion of against-all-odds environmental conflicts—and as an inspiring Alaskan conservation leader and mentor—began with the hard-fought campaign to establish the Arctic National Wildlife Refuge.

It was 1957, a decade after she and partner Ginny Wood arrived in Fairbanks, having flown war surplus Stinson airplanes up from Seattle. They had been Women’s Air Service Pilots (WASPS) during the war, flying bombers and fighter planes—the P-51 Mustang being Celia’s favorite—from factories to training centers and shipping ports.

Perhaps it was inevitable that the adventurous pair would stay in Alaska. They did some commercial flying and worked in the territory’s fledgling tourism industry. “But catering to large-scale tourism was not our style,” Celia said. So in 1951 they and Ginny’s husband Woody established Camp Denali, on the western edge of McKinley (now Denali) National Park. Focusing on small-group nature and adventure excursions, it was Alaska’s first ecotourism venture.

In the summer of 1974 Celia hired me to help guide camp guests, and it was here that I, like so many before and after, fell under Celia’s influence.  She surely helped set the direction of my 41-year Fish and Wildlife Service career.

I remember Celia’s weekly slide shows about Alaskan wilderness and conservation. She often began by telling guests how she met Olaus and Mardy Murie who were leading what would become a 7-year, bitterly fought national campaign to establish the Arctic Refuge. Celia had been reading Aldo Leopold’s recently published Sand County Almanac, and with that background, she told me, the Muries’ idea for a vast, inviolate wilderness sanctuary inspired her. “We really supported very strongly what they were trying to do,” Celia later wrote, “and we started fighting for setting the area aside.” 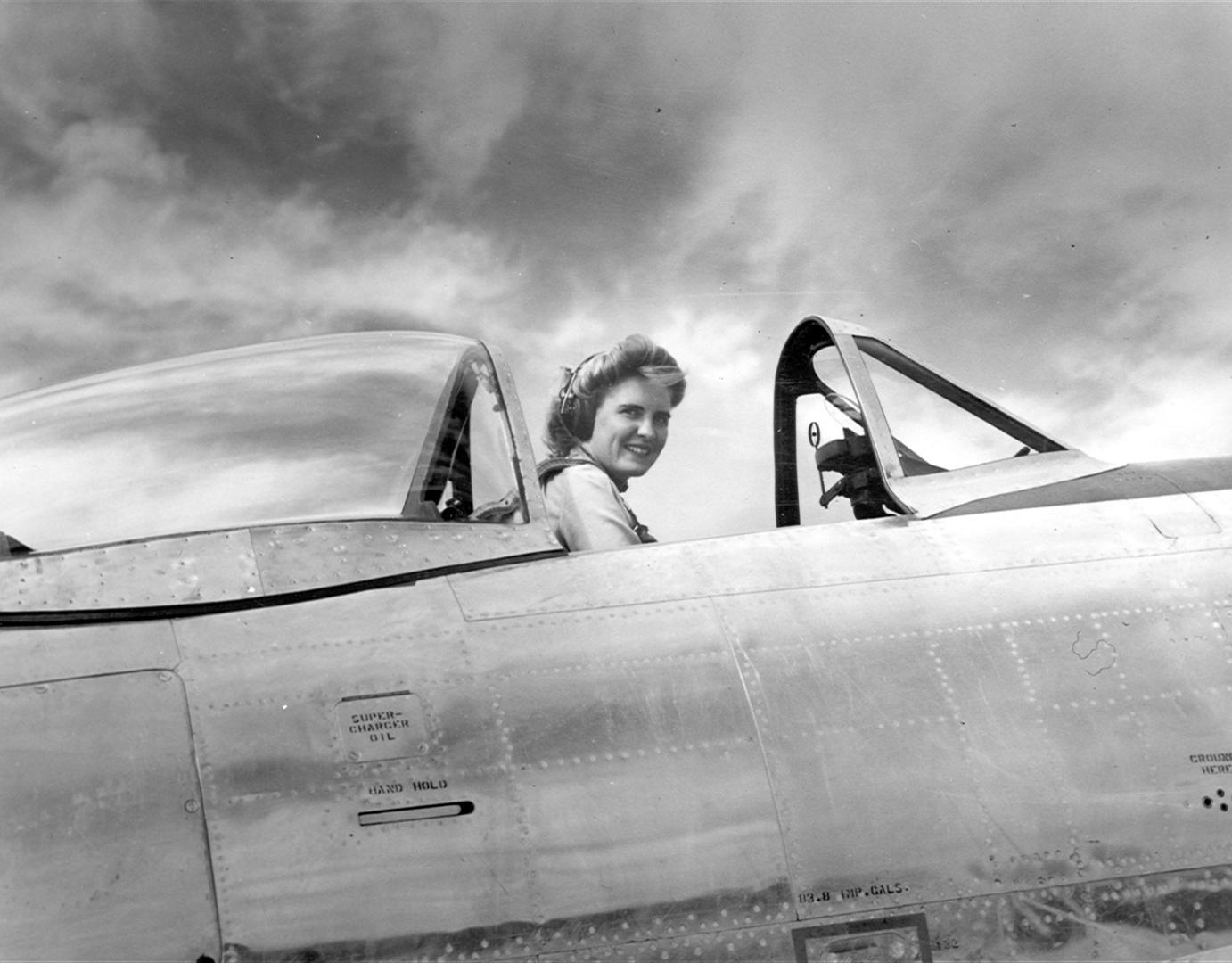 Realizing how strongly Alaska’s politicians would oppose the proposed refuge, Celia and Ginny set out to gain Alaskan support. Most notably, in 1960, when Alaskan Senator Bob Bartlett scheduled hearings on the issue in seven communities, intending to show that Alaskans opposed the proposal, the pair sprang into action. The hearings turned out to be a disaster—for the senator. Celia and Ginny had coordinated an effort to get conservation-minded people throughout Alaska to testify, and a substantial majority of testimony supported the refuge.

While organizing support for the refuge, Celia and others saw the need for an Alaskan environmental organization. They founded the Alaska Conservation Society (ACS) in the log cabin north of town that she and Ginny shared. It was Alaska’s first statewide conservation organization, and the beginning of Alaskan grassroots environmental activism.

Emboldened by the Arctic Refuge victory, ACS soon took on two other major battles: the Rampart Dam and Project Chariot. The proposal to dam the Yukon River near the village of Rampart to attract big electricity-dependent industry would have created the largest man-made reservoir in the world. It would inundate nearly 11,000 square miles of critical habitat for waterfowl and other wildlife and nine Athabaskan villages. With virtually all of Alaska’s politicians and President Kennedy in support, the dam seemed inevitable. ACS began and took the lead in what became a national campaign.

At this point Celia left advocacy based on the conservation of wildlife and natural values to the others. Coming to the Alaskan forefront of the new, more holistic environmentalism, she pursued a wider range of approaches than those of traditional conservation. At a time when few activists were competent to argue about economics, Celia took classes in the subject at the University of Alaska. She researched the claims of the powerful dam boosters, and largely discredited their economic arguments. An early adopter of environmental justice, Celia also confronted Alaskans with the ethical question of forcing 1,200 Native people to relocate for the benefit of industry. The Rampart Dam became a human rights issue too. The proposal died.

Project Chariot, the Atomic Energy Commission plan to use nuclear devises to blast a harbor out of the northwest Alaska coast also seemed inevitable. When Celia and her colleagues discovered the plan, they day-lighted the project’s potentially devastating effects on both the environment and the region’s Native people. “They thought they could push everybody around and they suddenly discovered they were up against an informed citizenry,” Celia said. As she later wrote, it could have been a Chernobyl-scale catastrophe. “It was the feisty intelligence of Celia Hunter,” Chariot historian Dan O’Neill later wrote, that brought the national attention that ended the project.

The most controversial and consequential conflict for which Celia played a leadership role was the campaign to pass what would become the Alaska National Interest Lands Conservation Act (ANILCA). She began working at the grassroots level and then nationally as a member of The Wilderness Society’s Governing Council. Recognizing her effectiveness and unsurpassed knowledge of Alaskan issues, in 1976 the Society made her their executive director. Thus, Celia became the first woman to head a national environmental organization. The Act passed, protecting more than 100 million acres as national parks, refuges, forests, and wilderness.

Celia’s life of advocacy ended as it began, with the Arctic Refuge. On December 1, 2001, she was up late writing letters to congressional representatives, urging them to oppose the latest bill to open the Refuge to oil development. Some time that night, Celia lay down on the carpet to take a break, perhaps because her 82-year-old body wasn’t up to the demands of her spirit. Ginny found her the next morning, and called several of us over.

That gathering began the continuing conversation of Celia’s legacy. We still talk about the big battles she led, the innumerable state and local environmental and human rights issues she championed, and the many awards and honors she received. But it’s Celia’s personal qualities which made her so effective—and endeared her to so many—that she would most want us to remember, and to learn from. 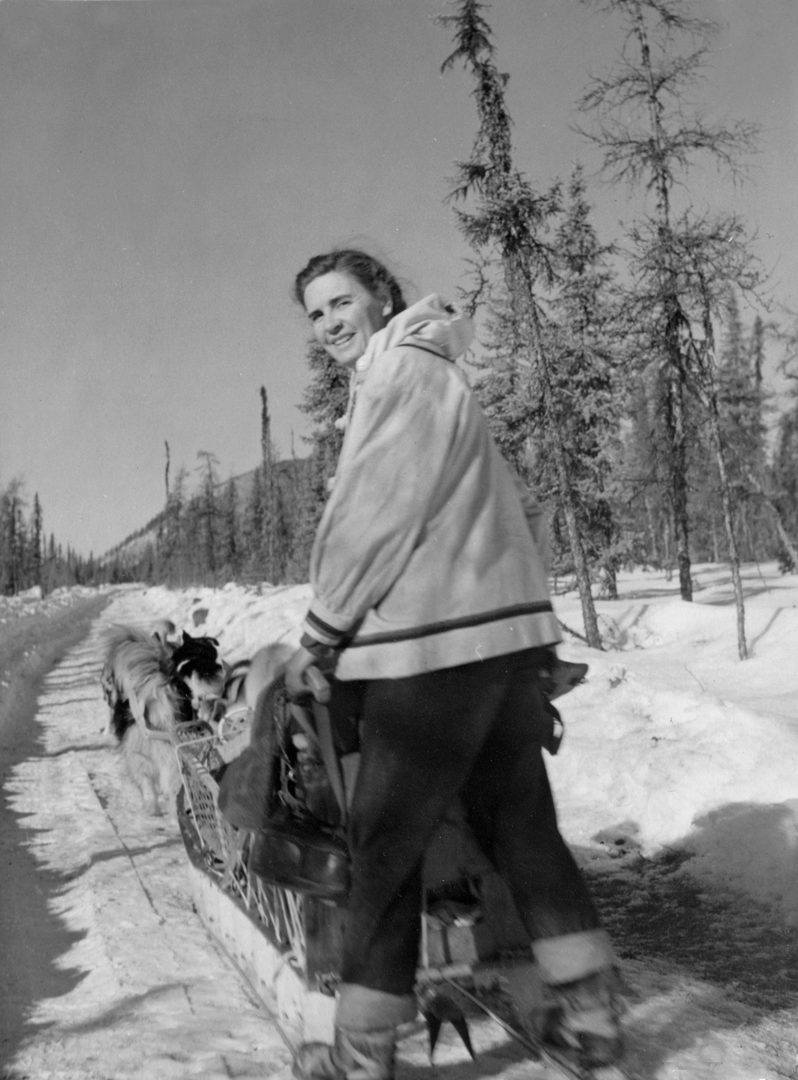 Debbie Miller, a wilderness advocate and author who credits Celia for “bringing me into the conservation fold” aptly summarized Celia’s greatest legacy as “the example she set . . . the way she persevered, inspired, mentored, and motivated.” The ripple effect of Celia’s influence is huge, Debbie said, “One can hardly imagine how much has been done by people because they were encouraged and empowered by Celia.”

Dave Foreman is among them. He worked for Celia at The Wilderness Society. “Celia enabled regular folks to become leaders,” he said. “She brought out the best in us and made me a broader, deeper person.”

Susan Morgan also worked for Celia at The Wilderness Society.  She said that when Celia started as the director, she had to deal with some who didn’t like having a strong woman as a leader, particularly one who wore Icelandic sweaters and a long braid. “Celia was herself,” Susan said, “she didn’t pretend to be a DC pant-suit exec type.” She characterized Celia’s leadership as “an unforgettable lesson in the power of grace, humility, and humor in response to bias and criticism.”

Wildlife defender Jim Kowalsky also believes Celia’s way of dealing with conflict was key to her effectiveness. Even when maligned, he said, Celia remained calm and peaceful, never confrontational. Stories abound of Celia laughing, chuckling, even giggling in the face of cynical opposition. “So often, her ability to joke about opponents and her light-heartedness in dire times gave us the hope we needed,” said activist Sean McGuire.

Celia’s uncommon ability to listen is part of her legacy, says folk musician Susan Grace. She remembers her first meeting with Celia. “It was the first time in my life I was really heard,” she said. “Celia was so understanding and encouraging of my dream of using music to connect wilderness with the soul.” Susan added that Celia listened, really listened, to those who opposed her as well. “Maybe it was the Quaker in her soul,” Susan said.

Celia was raised a Quaker. Cathy Walling, who attended Quaker meetings with Celia in Fairbanks, said her practice of actively listening to, and looking for the good in each person, friend or foe, is a Quaker trait. Perhaps too, that background explains Celia’s intuitive ability to find the talent or interest—the gift, Quakers say—in each person.

Activist Pam Miller, whom Celia mentored, speaks of Celia’s profound influence early in her career. “This great woman saw potential in me,” she said, “and I still remember her saying ‘we need just what you can do.’”

Annie Caulfield also has a story of Celia’s mentoring. She was a new school counselor when the contentious issue of whether LGBT language should be added to the school district’s non-discrimination policy came up for a vote. Also a Quaker, Annie wanted to speak for the rights of all students at the hearing, but she was young and had never testified. Nervous, she went to talk to Celia. “Celia gave me the sense I could do it,“ she said, “and she told me, ‘I’ll be there with you.’” Celia came, sat next to Annie, and put her hand on her shoulder. “She gave me the strength I needed,” Annie said.

Stories like Annie’s remind us that Celia’s tireless work to save wild places and protect local environments is best understood within “the ever-expanding scope of Celia’s thinking and caring,” as Pam Miller put it. Perhaps Mary Shields, who “came under Celia’s wing” in the mid-1960s, best summarized her mentor’s growth. “Justice became what Celia was all about,” she said, “social justice, environmental justice, Earth-justice.”

As we grapple with global-scale change, Celia would want us to remember that we must strive to change more than laws, policies, and the beliefs of others. That’s surely why she chose to conclude her plenary speech at the Arctic Refuge 25th anniversary conference in 1985 by reminding the audience of “The capacity of each of us to change ourselves, and by changing ourselves, to effect far reaching change in the world around us . . .” 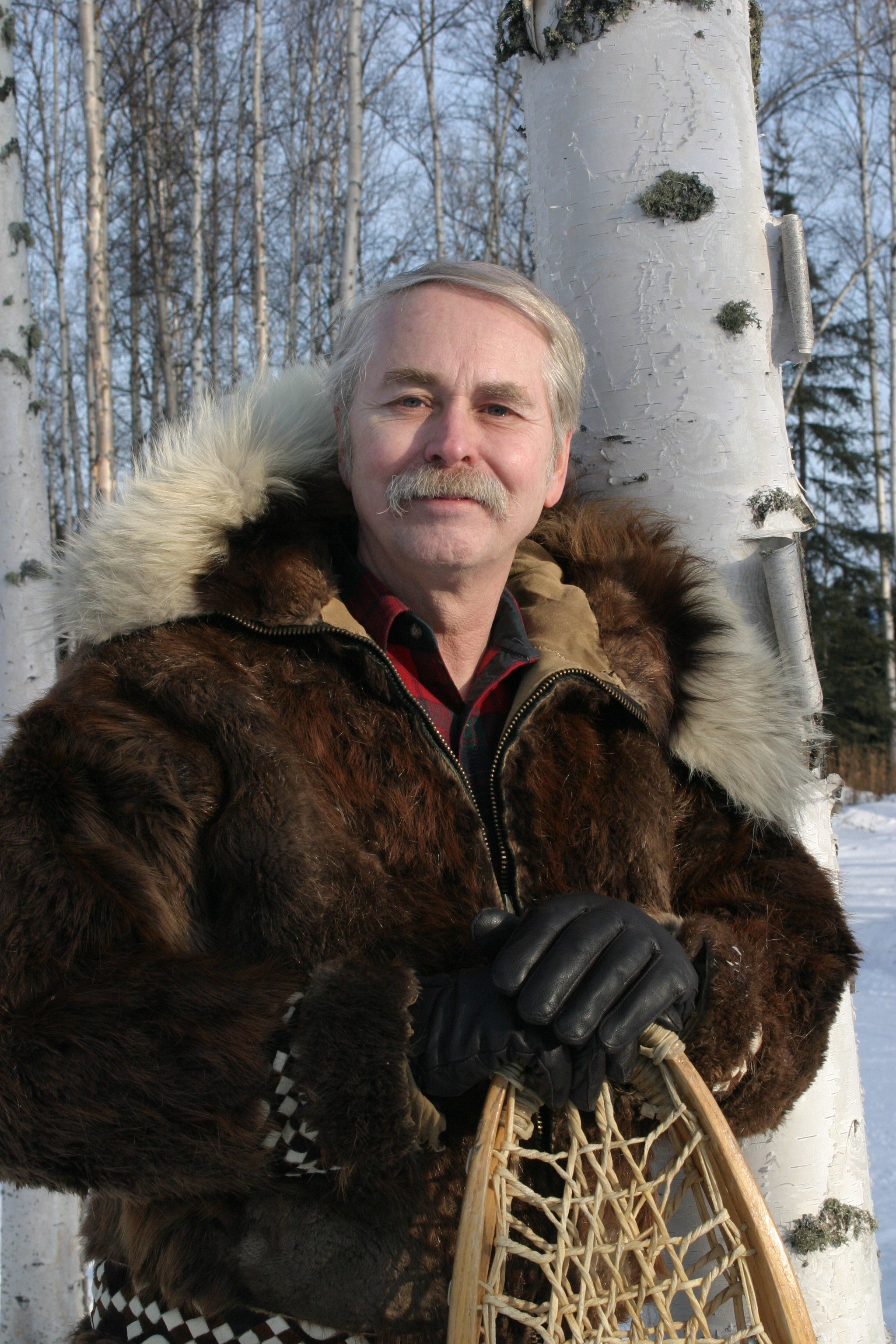 Roger Kaye has worked for the USFWS in Alaska for 41 years, as a planner, pilot, Native liaison and in recent years, as the agency’s Alaska wilderness coordinator. He has a Ph.D from the University of Alaska where he has taught courses on wilderness, environmental psychology, and the Anthropocene. He is the author of Last Great Wilderness: The Campaign to Establish the Arctic National Wildlife Refuge and numerous journal and popular articles related to wilderness. Currently, he is working on a book considering the future of the wildness of Wilderness in the Anthropocene.

Thank you Mr. Kaye for introducing me to this amazing woman. I wish that growing up I would have had been taught about women like Celia, who did things I would have thought were impossible but maybe I would have tried to do as well. My short time in Alaska has been a time of discovery of some pretty incredible women. This article is just one more example.