By Dave Foreman on May 18th, 2011 in Around the Campfire, Rewilding News

#28 Around the Campfire; Rewilding the East

For nigh onto fifteen years, I’ve been talking and writing about a North American Wildlands Network anchored by four Continental Wildways (at first named MegaLinkages).  The North American Wildlands Network is rooted in the conservation pathway of Rewilding, an offshoot of the scientific theory of Rewilding crafted by Michael Soulé, Reed Noss, and others.  Rewilding stands on three legs.  One is that protected areas—or wild havens—(a) are the foremost work of conservation, (b) are the best tool in our conservation toolbox, and (c) best shield wildlife when roadless or nearly; ––in other words, wilderness.  Two is that in North America outside of the far north, no wild havens are big enough for wide-roaming wildeors; so we need to link havens together by wildways which wildlife can use for daily and yearly wandering, dispersal (looking for new homes and mates), and, now, shifting homes owing to climate change.  Three is that ecosystems—wild neighborhoods—will wither and crumble without “highly interactive species in ecologically effective populations” such as big hunters (wolves, cougars, and so forth), pollinators, and landscape crafters such as beavers and prairie dogs. Soulé early on called these legs the Three C’s: Cores, Corridors, and Carnivores.  I’ve started calling them the Three W’s—Wilderness, Wildways, and Wildeors—as more geared to on-the-ground conservation work by grassroots conservation clubs. 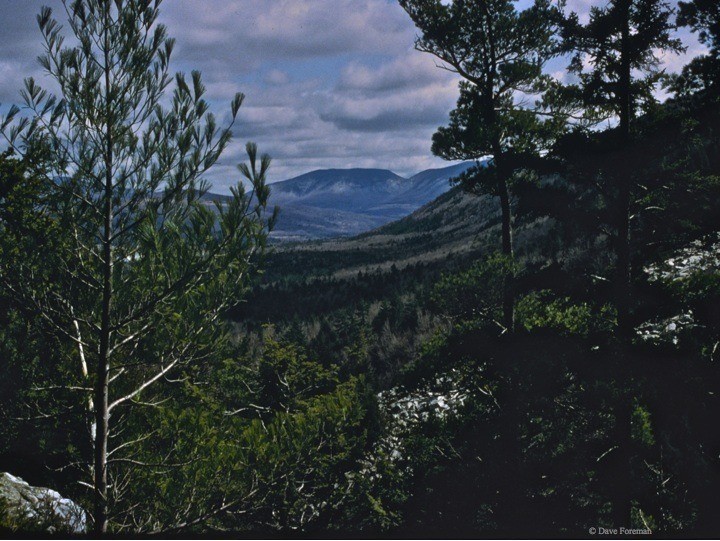 The North American Wildlands Network is anchored in four great, continent-spanning Wildways.  They are the Arctic-Boreal, from western Alaska to the Canadian Maritimes; the Pacific, from south-central Alaska’s Kenai down through the Chugach, Coast Range, Cascades, and High Sierra; the Spine of the Continent, from the Brooks Range in Alaska, to the MacKenzies in the Yukon, the Rocky Mountains in Canada and the United States, and the Sierra Madre in Mexico; and the Appalachian-Atlantic, from the Canadian Maritimes through the Appalachians and Adirondacks south to northern Georgia or even all the way through Florida to the Everglades.  The last three Wildways run south to north and tie in to the first.  A network of conservation clubs and conservation biologists brought together by Wildlands Network (the new name for The Wildlands Project) have been working on the Spine of the Continent Wildway for a few years now.

The first three Wildways seem doable to most conservationists, but many shake their heads at the thought of rewilding swaths of the eastern U.S. and Canada.  Lands east of the Rocky Mountains are just too built-up and heavily settled to be rewilded, think some conservationists upon first hearing about an Appalachian Wildway.  So, my first step in writing about rewilding the East is to show that it is not too farfetched a dream to cobble together a Great Wildway along the Appalachians and to bring back key wildlife such as cougar, red wolves, Algonquin wolves, bison, elk, wolverines, lynx, and other missing wildeors.

Click on the attachment below to read the entire “Campfire.”