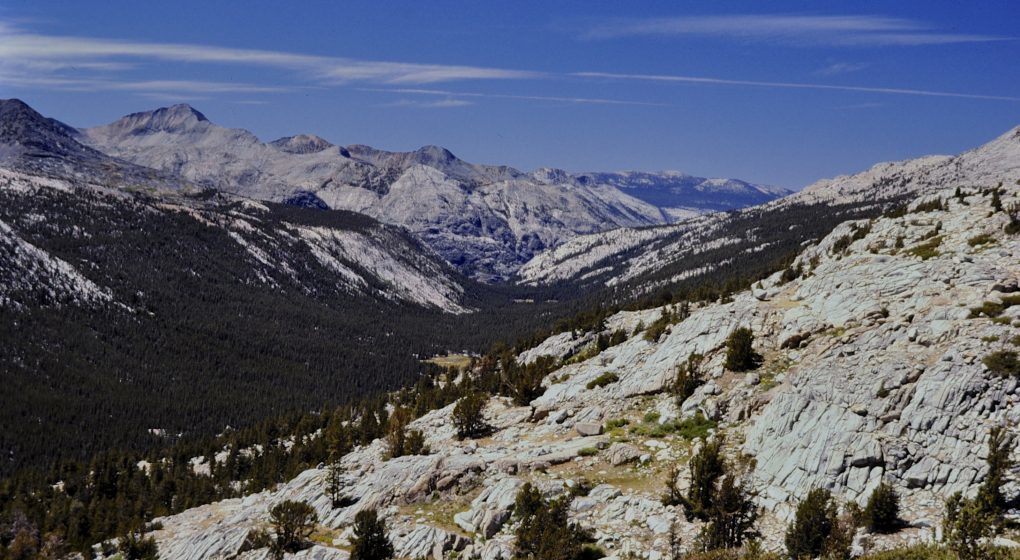 #55 Around the Campfire; The “Antediluvian” Years of the National Forests

Sitting about an earlier Campfire, I spun the tale of how the great eastern forest was hewn down in the 1800s.  Though cutting down the forest seemed to have an unbreakable hold on the national mind, a few Americans called for keeping some forest, and their words were seeds that led to protection of millions of acres of wildwood at the end of the century.

While doing a “Grand Tour” of Europe in 1851, the great New York City newspaperman Horace Greeley was taken aback by how tamed the European landscape was.  It made him understand how worthwhile and standalone the American wilderness was.  He wrote home asking Americans “to spare, preserve and cherish some portion of your primitive forests.”  In 1858 Henry David Thoreau wrote about his wilderness canoe trips in Maine for the Atlantic Monthly, in which he asked, “[W]hy should not we…have our national preserves…in which the bear and panther, and some even of the hunter race, may still exist, and not be ‘civilized off the face of the earth’—our forests…not for idle sport or food, but for inspiration and our own true recreation?”

These early stands for threatened wildwood led others to become upset by the scalping of the Great Eastern Forest.  The first to take steps here was not the federal government, but a state.  There is little of which to be proud in American history for some years after the Civil War when business became the business of America, and New York City became its capital.  Nonetheless, in such an age of materialism and from the city of Mammon itself came the first great day in American forest preservation.  With the heartfelt backing of the New York City Chamber of Commerce, the Governor of New York signed a bill in 1885 for the Adirondack Forest Preserve in the northern end of the state.  In 1894, the New York State Constitutional Convention etched in stone the stewardship of the state-owned lands in the Adirondacks as “forever wild” in that state’s highest law.

Though New York’s setting aside the Adirondacks was in the news, little heed was given the few words riding the General Revision Act of 1891, which authorized the President to “set apart and reserve…public land bearing forests…or in part covered by timber or undergrowth, whether of commercial values or not, as public reservations.”  This provision, which was the beginning of the National Forest System, was the brainchild of President Benjamin Harrison‘s Secretary of the Interior, John W. Noble, and of Bernhard Fernow, head of the Division of Forestry.  When its full meaning and weight was later grasped, this rider was called the Forest Reserve Act.  The day Harrison signed the bill into law (March 3, 1891) is truly a red-letter day in our history, and Harrison’s signing led to the coming look of our landscape and to the ongoing free soul of the American folk as have only a few other things.  Noble, Fernow, and Harrison should be acknowledged as great early conservationists.  The three also stand more rightfully as the daddies of the National Forests than does Gifford Pinchot.  On March 3 we should have a picnic in a nearby National Forest, roast weenies or whatever, and toast John, Bernie, and Ben with the best champagne we can afford.  Be sure to take whatever kiddies you can round up.  March 3 should truly be an American holiday (holy-day).

Noble and Fernow wanted the forest reserves so the Department of the Interior could stop the lawless mad rush to cut down the wild, unmapped forests of the West for fast bucks by landskinners.  Although little-known today, easily reached pinewoods in the West had already been heavily logged.  In 1891, J. G. Bourke mourned logging around Flagstaff, Arizona.  “What was the forest primeval at one time has since been raided by the rapacious forces of commerce…I cannot repress a sentiment of regret that the demands of civilization have caused the denudation of so many square miles of our forests.”  Almost as soon as Geronimo gave up his guns, sawmills rushed into the back-of-beyond Chiricahua Mountains within sight of Geronimo’s surrender site.

Unhappy with such greedy logging of lands in the Rocky Mountains and the Southwest for mine timbers, railroad ties, boards, firewood, and charcoal, President Benjamin Harrison forthwith withdrew 13,000,000 acres in the West as fifteen Forest Reserves under the Forest Reserve Act.  In world history, this is a standout political act.  The political drive behind Harrison was to shield watersheds in the mountains for downstream water flow for farming, homes, and industry.  More than a hundred years ago, towns downstream of the high forests of the West backed such stewardship.  At first, these Forest Reserves were off-limits to logging and livestock grazing, since keeping watersheds healthy was their end.  For conservationists such as John Muir, Forest Reserves were the answer to the threat of wide-open, wasteful logging on the public lands.

With the setting up of the Forest Reserves, public lands were truly a done deal that would not be forsaken in America.  More than anything else, I believe our network of public lands sets the United States off as a bulwark for conservation in the world.  It was Benjamin Harrison, one of our lesser-known presidents, who drove in the golden spike to anchor the keeping of some public land as the public’s land forever.

There are three widespread misunderstandings about the Forest Reserves withdrawn under the 1891 law’s authority.  One is that land was withdrawn only for the utilitarian grounds of keeping watersheds from harm.  Two is that reserves were mostly unmanaged and uncared-for after being withdrawn.  Three is that these early Forest Reserves were open to logging, mining, livestock grazing, and other make-a-buck uses.
Please click here to read the entire Campfire, complete with footnotes.