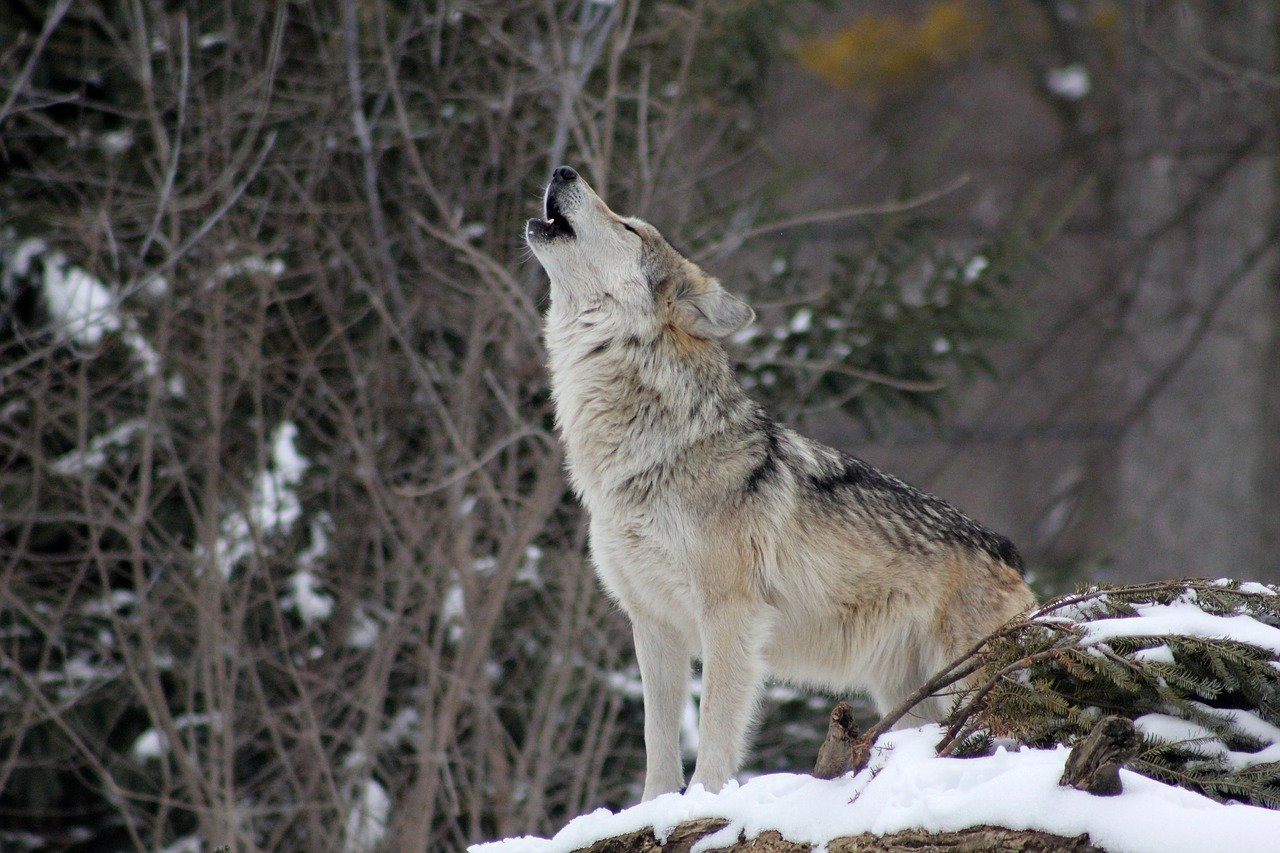 ALBANY, N.Y.— A recent DNA analysis of an 85-pound canid shot by a hunter in central New York in December shows that the animal was a gray wolf. According to the Maine Wolf Coalition, at least 10 other wolves have been killed south of the St. Lawrence River, once thought to be too great a barrier for wolves to cross.

New York’s proximity to Canada, where wolves have long been documented, and large swaths of suitable habitat and prey make it likely that the species will continue to venture back into the state. Yet the New York State Department of Environmental Conservation has long denied the presence of wolves.

“The science, including DNA evidence and a growing number of dead wolves, tells us that wolves are present in the Northeast, despite continued government denials,” said John Glowa, president and cofounder of the Maine Wolf Coalition. “It is past time for state and federal agencies to get their collective heads out of the sand by doing the research and by giving wolves in the Northeast the protection they are legally entitled.”

The wolf killed in December was shot by a hunter who posted photos of the animal on social media. At the time wolves had had their Endangered Species Act protection removed; they have since been protected again after a successful lawsuit by wildlife advocates.

The hunter agreed to provide the Northeast Ecological Recovery Society tissue samples of the animal for DNA analysis, which was completed at Trent University. The test confirmed the animal was a wolf, with Great Lakes, Northwest Territories and eastern gray wolf DNA. The complex nature and purity of the wolf DNA may be consistent with a wild wolf that dispersed from Canada, where various wolf populations are known to intermingle.

“Many of my friends and neighbors in the Adirondacks where I live have spotted wolves there and I myself have seen canid tracks there much larger than that of a coyote,” said Joseph Butera, president and cofounder of Northeast Ecological Recovery Society. “How many more wolves have been killed or will be killed in New York State and the northeast if the NYSDEC claims that all of these large wolves are coywolves — hybrids that are predominantly coyotes — because they won’t acknowledge the DNA confirmation that we have wolves here?”

It has been wrongly believed for some time that the St. Lawrence River and surrounding areas serve as a barrier to wolf dispersal. But this animal is the latest of at least 11 wolves known to have been killed south of the river since 1993. These include wolves killed in New York, Massachusetts, Vermont, Maine, New Brunswick, and Quebec.

The Maine Wolf Coalition documented the first live eastern wolf in Maine through scat collected in 2019. There are tens of thousands of square miles of potential wolf habitat in the Northeast, much of it in New York, which makes the Northeast ideal for wolf recovery. Wolves live just 60 miles north of the New York border, a distance a wolf can travel in under two days.

“These results clearly show that wolves are making their way back into the Northeast, lands this magnificent species once called home,” said Amaroq Weiss, senior wolf advocate at the Center for Biological Diversity. “While it’s heartbreaking this wolf was killed, we’re grateful the hunter agreed to provide a tissue sample for DNA analysis. Now it’s time for state and federal leaders to step up and help these endangered and protected wolves return to the Northeast.”

Although gray wolves were exterminated from New York more than a century ago, there is abundant habitat for wolf recovery throughout the state. Wolves have been returning to other areas of the United States from Canada for decades.

The Maine Wolf Coalition is a 501c3 nonprofit corporation dedicated to supporting wolf recovery in Maine through research, education and protection.