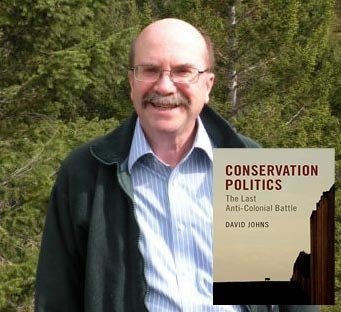 David Johns teaches courses at the School of Government, Portland State University on US constitutional law and politics, politics and the environment, and politics and film. He has also taught at Oregon State University and the Institute for Policy Studies. He was an International Fellow at Columbia University, served in the Carter Administration in the Office of the Secretary of Transportation, and was an advisor to Environment Canada on the Earth Charter.

Johns was a founding co-editor of New Political Science, served on the Wild Earth Board and serves on the boards of several NGOs, including the Wildlands Network and Marine Conservation Institute. David Johns has published and spoken widely on science, politics and conservation and is author of A New Conservation Politics, and his latest Conservation Politics: The Last Anti-Colonial Battle.