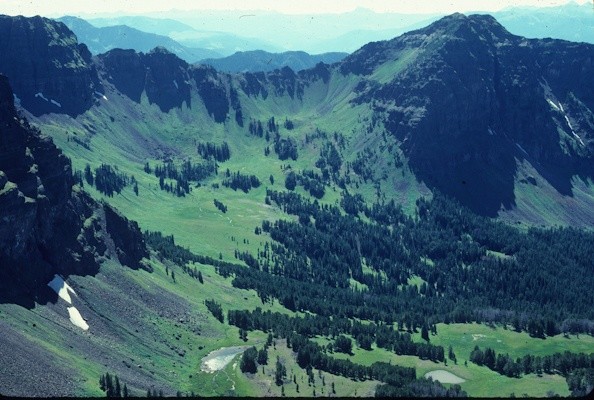 Many conservation and environmental groups in the West are participants in various public land collaboratives, most of which are forest-oriented like the Northwest Forestry Collaborative or the Deschutes Forest Collaborative in Oregon  or the Southwest Crown Collaborative in Montana.

Most collaboratives, however, consist primarily of members who generally believe in exploiting natural landscapes for human benefit. There is overwhelming representation in such collaboratives by people who speak for resource extraction industries and their sympathizers, like rural county commissioners, ORV enthusiasts, and more. Those advocating for Nature are seldom present or only weakly represented by the larger environmental groups.

Too often, these environmental organizations have been captured or compromised by those whose intent is for greater access to public lands and greater resource exploitation thereof. They participate, they argue, because without their input the results would be more skewed and biased toward resource extraction.  But in my experience, the best outcome we see is a bit of tweaking around the edges, not a substantial acceptance of the value of ecological processes, wildlands, and natural ecosystems.

Nevertheless, participation blurs the lines for the public. When environmental groups participate in these collaborations, they provide “green cover” and legitimize the destruction of natural landscapes and wildlife habitat.

Not all these groups, and certainly not all the employees in these groups, are “captured” by their adversaries. There is, however, one commonality to all of them. They believe spending months and years going to meetings to change the minds of opponents is a productive use of time and money. 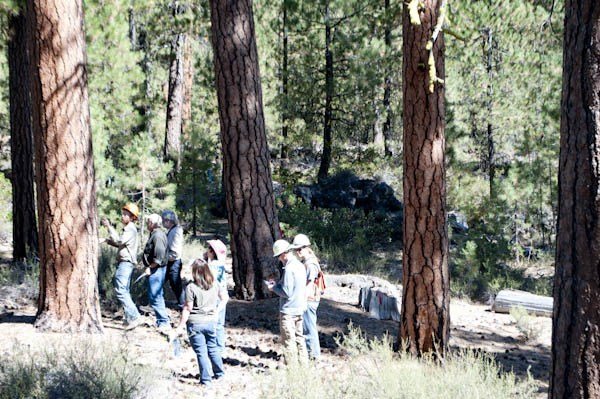 Though all these groups profess to be wildlands advocates–and most are surely to some degree–they have bought into the prevailing myths promoted by the timber industry and forest service that manipulation of our landscape is necessary to “restore” ecological integrity and stability.

Exacerbating the situation is that most of the environmentalists participating in these collaboratives have limited ecological training. With backgrounds as lawyers, journalists, political advisors and so on, they are intelligent, and often well versed in policy, but most don’t know the  nuances of wildfire/forest ecology, range ecology, and wildlife ecology.

As a result, they are not prepared to go toe to toe with industry and agency specialists in debates about management policy. And due to their limited scientific training, they are more easily beguiled by the “experts” that the agencies and industry use to promote their agenda.

One of the standard assumptions of many of the environmental organizations involved in collaboratives is they can somehow convince the other participants that protecting wildlands is a good thing. This is the collaborative trap. You spend your time and money trying to convince people who generally believe “natural resources” (a utilitarian term) are there for human consumption and enjoyment. These resource managers believe that humans have a right, and indeed even a duty, to manage and manipulate the natural world for their direct benefit.

Within this paradigm, the intrinsic value of wildlands has no place.

There are also many structural problems with collaboratives, which define the scope of questions, the science that can be reviewed, who gets to play the dominant role in these discussions, and who has the time and money to attend countless meetings for years.

I believe it is unethical to allow anyone with a direct financial stake in the outcome to participate.  Yet it is common for a high proportion of the collaborative membership to consist of timber company owners, mill workers, loggers, ranchers, miners, outfitters, and others who might enjoy a financial windfall from collaborative recommendations.

Too often, conservationists in collaboratives suffer from the Stockholm Syndrome whereby the participants in these collaboratives come to identify more with the grievances held by rural communities than with the ecological values of the land and wildlife they presumably represent. 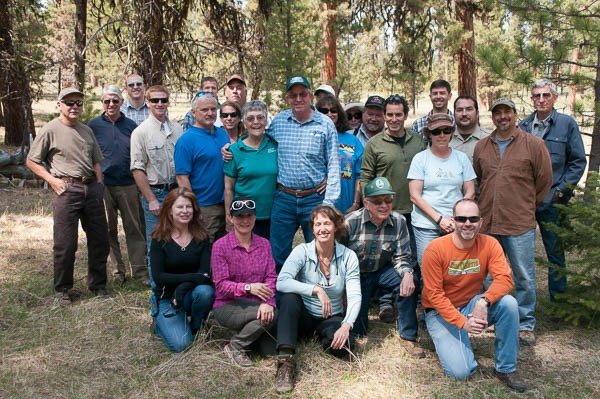 Over and over in news accounts of these collaboratives, the environmental participants emphasize how they are “getting along” with former antagonists. How wonderful it is that they can “have a beer” with a timber worker or a rancher–as if that is the measure of success, rather than whether we get more wildlands protected.

The contrast between collaborative members from conservation groups and non-paid wilderness advocates is clearly seen in the discussion over the future of the 230,000 acre Gallatin Range proposed Wilderness by Bozeman. The grassroots Montanans for a Gallatin Wilderness (all non-paid but passionate wilderness supporters) is lobbying for Wilderness protection for the entire roadless area. By contrast, the Greater Yellowstone Coalition, The Wilderness Society, and Montana Wilderness Association, working in a collaborative, are supporting a 100,000 acre mostly rocks and ice proposal.

Do not misunderstand me. I recognize that one may not get the full acreage of any proposal, but one should start any discussions with the proposal that protects the most land. It is the job of Congress to do the compromising. That is what they are paid to do. Wilderness advocates are paid to be advocates for wildlands.

The fifth and perhaps most insidious aspect of collaboratives is the contention  of “win-win” where “everyone” gets something. But the “everyone” usually does not include the wildlife, forest ecosystems, and wildlands. In the end, the “winners” are the collaborative membership not the public and most importantly the land and its diversity of life. One must wonder why anyone would believe that participating in a collaborative makes any sense at all. For the most part, collaboratives are composed of people who have a resource extraction bias, and as mentioned previously, often have a direct financial stake in the outcome of decisions, which gets to the central part of the problem. All these groups involved in collaboratives are spending huge amounts of staff time and money attending meetings with people who, with few exceptions, have diametrically opposed views on the value wilderness and wildlands. Is this really a productive use of time. 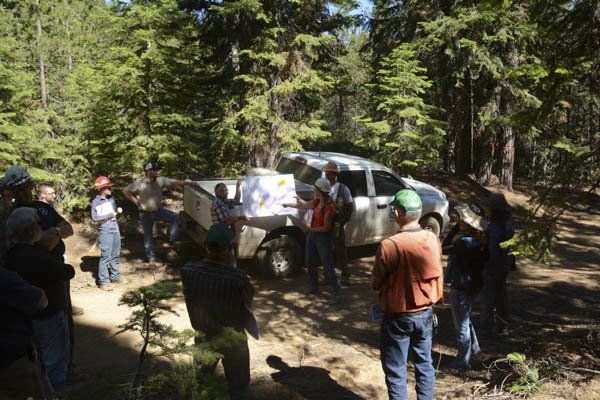 The trap of collaboratives is that it saps organizational time and money. Collaboratives are designed to silence oppositional groups and make them spend their limited time in meetings with people who hold diametrically opposed values instead of advancing the wildlands agenda with the public. And because member organizations are trying to “get along” they are frequently unwilling to actively oppose resource exploitation.

I often regret that Bob Marshall’s admonishment at the founding of the Wilderness Society is not more widely observed in today’s conservation movement. Marshall wrote: “We want no stragglers. For in the past far too much good wilderness has been lost by those whose first instinct is to compromise.”

Absolutely spot on! We have seen a proliferation of forest- and wildfire-management collaboratives in California, with many more on the way. A great message of caution that we’ll spread as much as we can. Thank you!

All true and always has been. I’ve always disliked the very word “collaboration” as it smacks of “sellout” and conspiring with the opposition. It’s one big reason why Earth First! got going, (not to say founded).

But it’s good to shout it out and you said it loud and clear.
Thanks for all your work, Tom

ps the photos are really great!

Some of the crumbs off the table have led me to think that collaboration was a good thing.
It is, for the crumbs.
The preservation of the wild is the big picture that is often lost in the minutia of endless meetings.
Trees before forests?