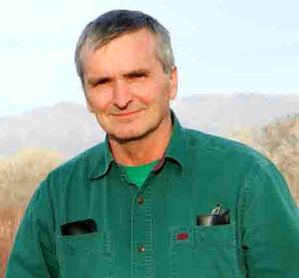 Leon Kolankiewicz is scientific director of NumbersUSA and vice-president of Scientists and Environmentalists for Population Stabilization (SEPS).  He is also a consulting environmental scientist and natural resources planner. He has managed many Environmental Impact Statements (EIS’s) under the National Environmental Policy Act (NEPA) on proposed projects ranging from dams and reservoirs to flood control facilities, roads, parks, coal-fired power plants, wind farms, power lines, nuclear facilities, oil & gas drilling, and mines. Leon has assisted the U.S. Fish and Wildlife Service in the preparation of long-term management plans of habitat, wildlife populations, and public use at more than 40 national wildlife refuges in many states and territories.

Receiving his B.S. at Virginia Tech (Blacksburg, VA) and M.Sc. at the University of British Columbia (Vancouver, B.C. Canada), during his career Leon has worked for the U.S. Fish and Wildlife Service, Alaska Department of Environmental Conservation, Alaska Department of Fish and Game, National Marine Fisheries Service, Orange County (CA) Environmental Management Agency, University of Washington, University of New Mexico, the NGO Carrying Capacity Network, as a Peace Corps Volunteer in Honduras, and as an environmental consultant.  As a contractor, he has consulted for the National Park Service, U.S. Forest Service, Fish and Wildlife Service, Department of Agriculture, Department of Energy, Army Corps of Engineers, NASA, and NOAA, among other federal agencies.  He is the author of two books and chapters in three other books, scores of technical environmental reports, a dozen studies on population growth and urban sprawl, and hundreds of articles and blog posts.

Among other writings, Leon co-authored “The Environmental Movement’s Retreat from Advocating U.S. Population Stabilization: A First Draft of History” in the scholarly Journal of Policy History, and wrote the chapter “Overpopulation versus Biodiversity: How a Plethora of People Produces a Paucity of Wildlife” in Life on the Brink: Environmentalists Confront Overpopulation (University of Georgia Press), an excerpt of which appeared alongside other classic and contemporary selections in the anthology Environment and Society: A Reader (New York University Press).