By George Wuerthner on March 7th, 2020 in Featured, Spine of the Continent (Western) Wildway 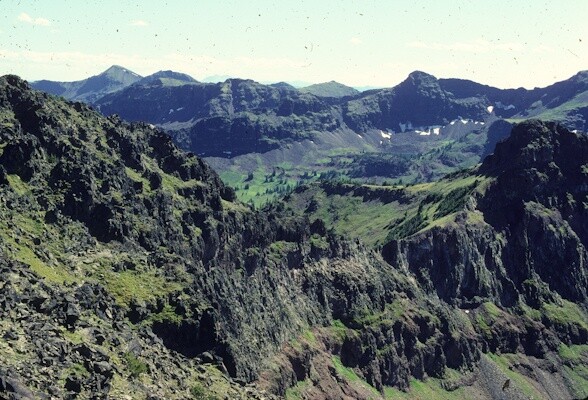 The Gallatin Range runs from Bozeman, Montana south into Yellowstone National Park. It is the most extensive unprotected mountain range in the northern Greater Yellowstone Ecosystem. Designation of all the roadless lands of the Gallatin Range as Wilderness under the 1964 Wilderness Act would ensure the protection of a critical component of the ecological integrity of the ecosystem.

However, there is serious debate about how best to ensure the ecological integrity of the range. Many NGOs are supporting a collaborative called the Gallatin Forest Partnership (GFP), which, like most collaboratives today, only includes people who more or less agree with the starting premises. In the case of the Gallatin Range, the starting premise is that the roadless lands of the range must provide access to all recreational users. As a result, the GFP advocates less wilderness protection for the Gallatin Range than exists today — to accommodate mountain biking and other mechanical recreation. 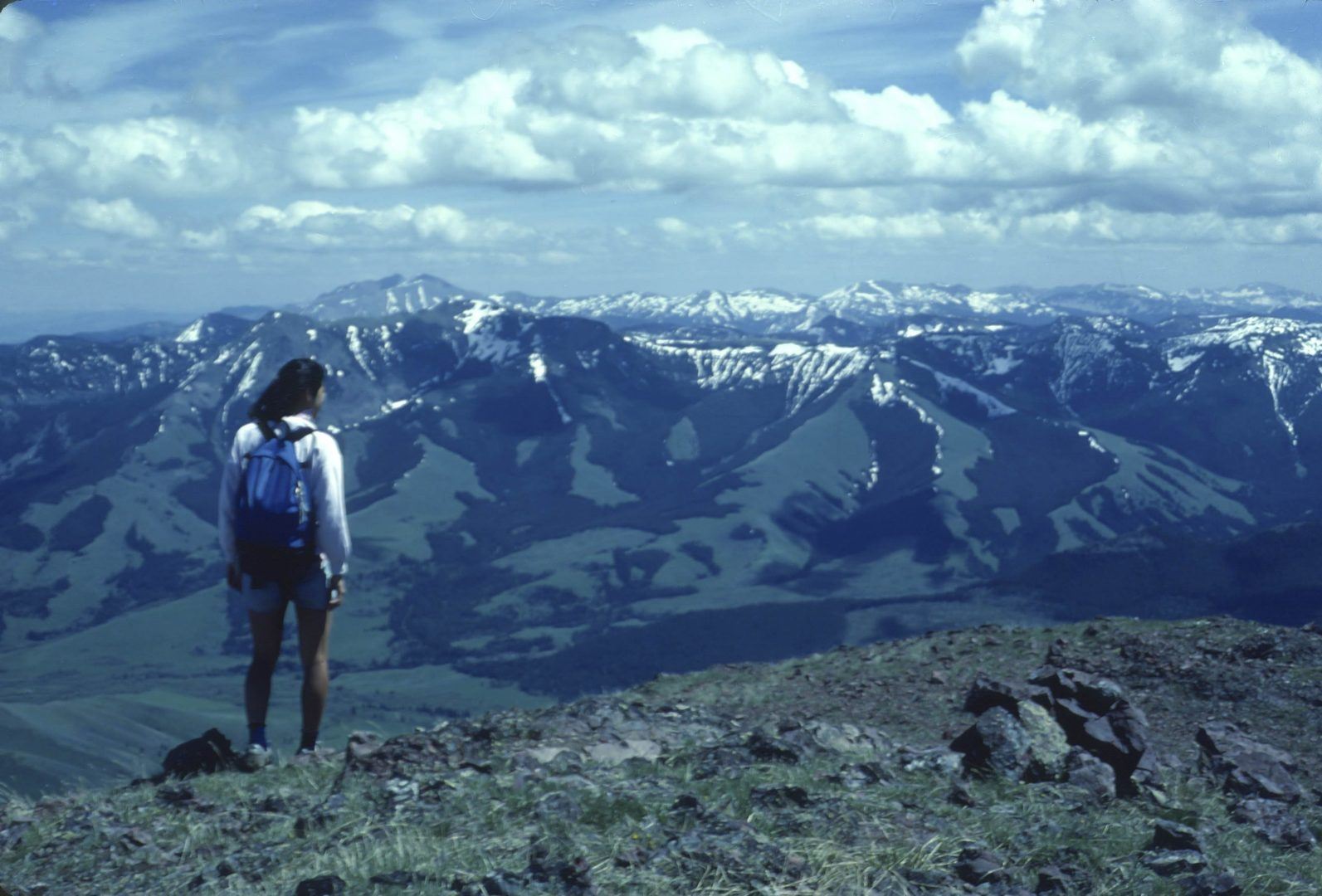 The Gallatin Range is scenically spectacular. It is heavily glaciated with dramatic peaks that exceed 10,000 feet. The range has numerous meadows, aspen groves, and forests of whitebark pine, lodgepole pine, Engelmann spruce, Douglas-fir, and subalpine fir.

As early as 1910, Gifford Pinchot, first chief of the Forest Service, was so impressed by the wildlife values of the range that he advocated the creation of a wildlife refuge. Just a year later, the state of Montana did precisely that, creating a wildlife preserve in the southern end of the range. 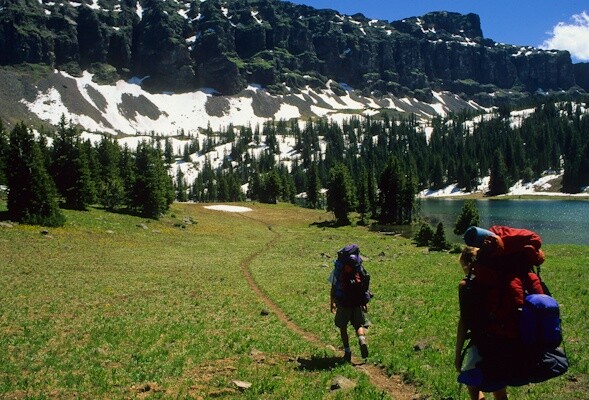 Gallatin Forest Partnership (GFP) supporters recently penned an editorial published in the Mountain Journal defending their proposal for removing wilderness protection from the Gallatin Range and increasing recreation in some areas. You can read their essay here.

The greatest threat to the Gallatin Range today comes not from extractive industries like logging or ranching, but from recreation itself. And this threat is not acknowledged by GFP proponents. They call for an increase in recreational access, including the construction of new mountain biking trails, and an expansion of the recreational emphasis for the Hyalite Canyon area. Indeed, although they give lip service to the wildlife values of the range, the GFP members appear to purposefully ignore the growing body of scientific literature that shows how mechanical recreation, from mountain biking to snowmobiling, has disproportionate impacts on wildlife compared to other forms of recreation. For more on mechanical recreation impacts, see my book Thrillcraft.

Conservationists need to be aware of this growing threat and counter it with the best available science and protective measures. Wilderness designation is the Gold Standard, and we should be trying to designate all of the Gallatin Range’s roadless lands as Wilderness.

In total, an estimated 270,000 acres potentially quality for Wilderness in the Gallatin Range within the Custer Gallatin National Forest boundaries. Instead of advocating for every acre of these roadless lands, the GFP proposes designation of only 100,000 acres as Wilderness. 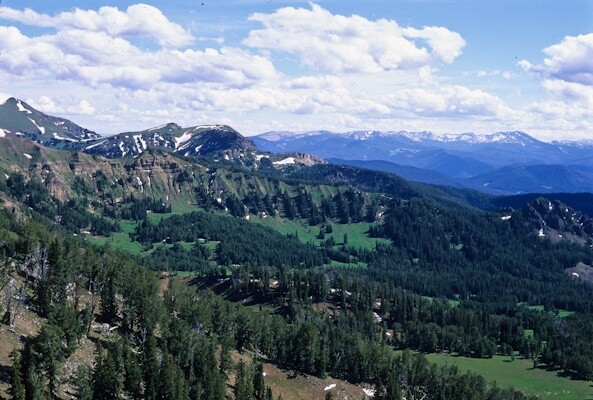 One should look at what the proponents of the GFP aren’t telling you.

The Gallatin Forest Partnership is a group of self-selected individuals representing various recreational interests. They divided up the Gallatin Range into different segments among user groups. There are 70,000 acres proposed Hyalite Canyon National Recreation Area, where recreation will be given priority. At least some of the acreage in this NRA proposal, such as South Cottonwood Canyon, qualifies as Wilderness and should be protected as Wilderness.

Between the Hyalite NRA and proposed 25,000-acre West Pine Wildlife Management Area, the migration corridor connecting the Gallatin Range proper to the Chestnut Mountain area on the north may be severed if recreational use increases. Chestnut Mountain is a critical corridor connecting the Gallatin Range to the Bridger Range to the north. Here’s a map showing their proposal.

In 1977, Senate Bill 393 passed and protected ten roadless areas around Montana, including the Hyalite Porcupine Buffalohorn (HPBH WSA) region of the Gallatin Range. The law directed the Forest Service to maintain the Hyalite-Porcupine-Buffalohorn Wilderness Study Area in such a condition that it could later be designated as Wilderness under the 1964 Wilderness Act. Since the HPBH WSA was Congressionally designated, in effect, it is legally protected as Wilderness until such time as the Congress changes that designation.

If the GFP proposal is enacted as law, the protected wilderness in the Gallatin Range would be reduced to approximately 102,000 acres, consisting mostly of the higher elevation terrain. Instead of Wilderness designation, some parts of the Gallatin Range would be designated National Recreation Area (NRA) in the Hyalite Canyon region, and Wildlife Management Area in the Buffalohorn Porcupine drainages (31,000-acre WMA) and the 25,000 acre West Pine area (25,000-acre WMA).

Both NRA and WMA designations offer less protection than the existing Wilderness Study Area status, and far less than outright Wilderness designation. However, the conservation groups participating in this the GFP seem more intent on putting “acres” on the wilderness scoreboard than protecting the ecological values of the range. Leaving out the most ecologically important lands in places like the Buffalohorn, Porcupine, West Pine, and South Cottonwood drainages and while permitting expanded mechanical recreation is not in the ecological interest of the ecosystem.

Another problem is that the GFP agreement, while restricting the road and trail networks to the existing system (with a few exceptions) and banning “commercial logging,” is nevertheless open for potential timber harvest activity. The GFP permits logging and building of “temporary” roads for “forest health.” As anyone familiar with the Northern Rockies today can attest, almost all logging is done in the name of “forest health.”

The GFP also fails to note that a significant portion of the Gallatin Range is already logged and roaded, and thus open to mountain bikes, ORVs, snowmobiles, and other mechanical recreation. 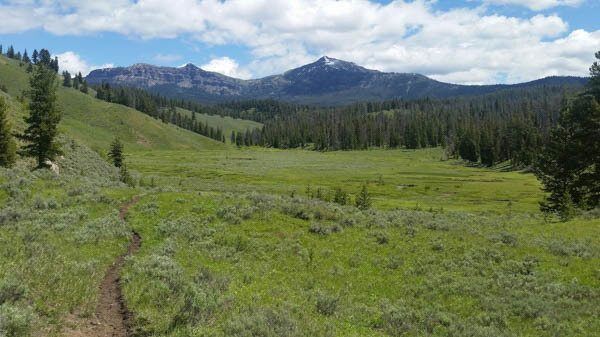 The Montana Department of Fish, Wildlife and Parks designated the southern Gallatin Range as a vital grizzly bear conservation area. In that report, MDFWP says: “preservation of wildlands is critical to the protection of this species”

In 1991 David Mattson and Matt Reid published a paper on grizzly bears in the Greater Yellowstone Ecosystem in Conservation Biology. In that paper, they opined, “Optimism over prospects of long?term persistence for Yellowstone’s grizzly bears does not seem to be warranted, and management of this population should be conservative and not unduly swayed on short term positive trends.”

More recently, Lance Craighead published a study of the entire Gallatin Range, which identified the southern portion of the range as critical wildlife habitat not only for grizzlies but also for wintering elk and as a migration corridor for elk. “One point a lot of people don’t appreciate is that wildlife doesn’t just move somewhere else, because there is nowhere else to go,” Craighead said. “These roadless areas are the last place for many of these animals to go. You don’t just push them out; you reduce their populations.”

According to Lance Craighead’s report on the Gallatin Range, the Buffalohorn area is a vital drainage. He noted, “the importance of the southern end of the HPBH WSA as a migration corridor for elk from Yellowstone Park moving to and from the Madison Valley and areas in Gallatin Canyon. The Buffalo Horn drainage is very important for regional connectivity for elk.”

Steve Gehman, with Wildlife Things Unlimited, who has done as much wildlife field research in the Gallatin Range as anyone, is quoted in a Bozeman Chronicle article: “We have this amazing wildlife treasure right here … We can see grizzly bear and wolverine habitat from town. The thing I come back to is how do we impress upon people that move here and want to use the Gallatin Range, that if we keep whittling away at it with more and more use, that there is a certain threshold out there for those animals. How do you balance that desire for recreation and the stronghold that the Gallatins are for these species?” 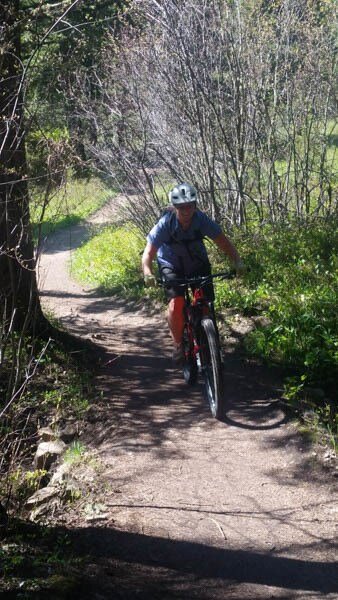 The GFP downplays the well-documented impacts of mechanical recreation. They are ignoring the cumulative impacts of more and more recreation and the effects upon wildlife. The following are quotes from various papers reviewing recreational impacts on wildlife.

As reported in Craighead’s overview “Elk flight response was greatest for ORV use, followed by mountain biking, and finally human hikers and horseback riders..”

Craighead goes on to say: “Probability of a flight response declined most rapidly during hiking, with little effect when hikers were beyond 550 yards from an elk. By contrast, higher probabilities of elk flight continued beyond 820 yards from horseback riders and 1,640 yards from mountain bike and ATV riders.”

Significantly, an increase in movement rates at sunrise and sunset following daytime ORV and mountain-biking use was observed, suggesting the elk are displaced from preferred security and foraging activities by human use.

Another important fact is that elk avoid trails, even when users are not present. “Elk displayed avoidance of the trail even when no ATVs or other users were present, Wisdom et al. 2004”

With regard to mountain biking, Mattson reports:

“These risk-related figures are far in excess of the averages I present in Sections 3 and 4 of this report. The percent of encounters that elicited some kind of aggressive response from involved bears is an astounding 14-times greater for mountain bikers compared to for pedestrians.”

“The dynamic between mountain bikers and grizzly bears is the likely short- and long-term impacts on involved bears. Greater immediate reactivity on the part of bears almost certainly translates into more rapid and sustained subsequent flight (Section 3.b.), along with longer-term energetic and physiological costs associated with impaired foraging, increased movements, and displacement of activity to suboptimal times of day (Sections 3.c., 3.d., and 5.b.).”

Mattson concludes: “The weight of evidence unambiguously supports concluding that mountain biking is far more hazardous for involved people and more impactful on affected bears compared to any other pedestrian activity with the exception of hunting.”

The Gallatin Forest Partnership would significantly reduce protections for the Gallatin Range. Currently, the status quo with the 155,000 acre Hyalite Porcupine Buffalohorn Wilderness Study Area provides better protection for the range than the GFP recommendations.

Furthermore, the GFP recommendations appear to ignore or downplay scientific studies that document the ecological value of the Buffalohorn and Porcupine drainages, which are the ecological heart of the Gallatin Range. In my view, if you protected nothing else as Wilderness but these drainages, that would be better than the GFP proposal for the rest of the range.

In response to the failure of the large NGOs to advocate for full Wilderness protection of the Gallatin Range, as well as other roadless lands on the Custer Gallatin National Forest, I helped to organize a new wilderness advocacy group—the Gallatin Yellowstone Wilderness Alliance (GYWA).

GYWA is reaching out to the general public to garner support for a 270,000-acre Gallatin Range Wilderness, as well as Wilderness designation for the Crazy Mountain, Bridger Range, Pryor Mountains, and Lionhead (southern Madison Range) areas, plus additions to the Lee Metcalf Wilderness and Absaroka Beartooth Wilderness. Our total proposal, if enacted by Congress, would preserve as Wilderness approximately 700,000 additional acres on the Custer Gallatin National Forest.

We are an all-volunteer group and would appreciate your support, and your speaking out for the Gallatin Range. You can learn more GYWA and how to help at  Gallatin Yellowstone Wilderness Alliance.