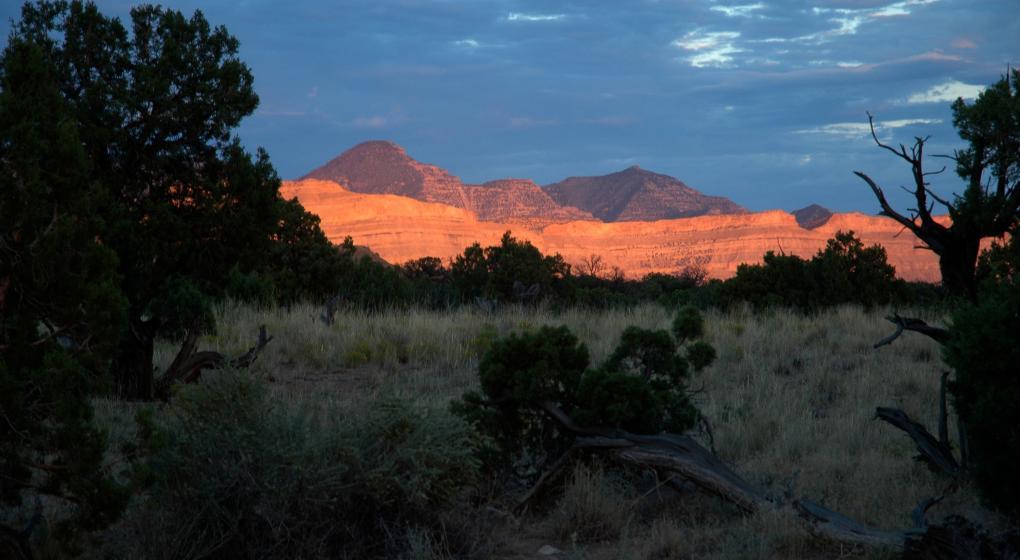 TrekWest – A Coalition’s Campaign for Connectivity 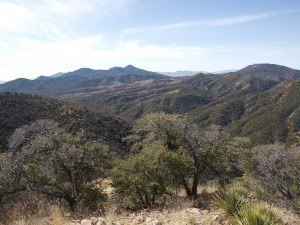 If you are anything like me, you might get to feeling pessimistic sometimes because of all of the alarming news we hear about the growing extinction crisis, climate change and a plethora of other wildlife woes. The renowned conservationist Aldo Leopold once wrote, “One of the penalties of an ecological education is that one lives alone in a world of wounds. Much of the damage inflicted on land is quite invisible to laymen. An ecologist must either harden his shell and make believe that the consequences of science are none of his business, or he must be the doctor who sees the marks of death in a community that believes itself well and does not want to be told otherwise.” Since Leopold’s day, science has deepened our understanding of these ecological wounds and their consequences for wildlife – and has also revealed promising solutions.

Though most understand the damage done when a species’ habitat is destroyed, we often overlook the damage that comes from breaking the habitat into smaller pieces or crisscrossing it with roads and other barriers. When native habitats become too small, isolated and fragmented, they can’t support healthy wildlife populations.

Here in Defenders’ Southwest office, we’ve partnered with the Wildlands Network and a dozen or more of North America’s most respected conservation organizations to protect, connect and restore a contiguous network of lands along the spine of the Rocky Mountains and associated ranges, basins, plateaus, and deserts – all the way from Alaska’s Brooks Range to the Mexican Sierra Madre Occidental in Mexico. These habitats need to be stitched back together so that wildlife can survive in a crowded world, and can shift their ranges as climate change rapidly alters the environment. 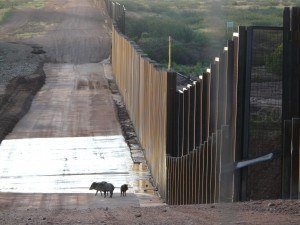 To bring attention to wildlife corridor conservation, outdoor adventurer John Davis is biking, hiking and paddling along a 5,000-mile journey from Mexico to Canada, highlighting the need for wildlife habitat and corridor protection on a local and international scale – a journey dubbed TrekWest. Along the way, John is pointing out projects by organizations, private landowners and decision-makers that have helped to protect or restore vital habitats and corridors. I joined John Davis and our local conservation partners on the trail for the second regional leg of his continental journey. We guided John to important places in the Sky Islands Ecoregion – one of Defenders’ focal landscapes – to highlight promising projects that aim to maintain and restore habitat connectivity.

While TrekWest is mostly about highlighting solutions and successes, we were also compelled to show John some of the obstacles to wildlife in the Sky Islands. We brought John to see the antithesis of habitat connectivity: the 20-foot-tall border wall that Customs and Border Protection has constructed along vast swaths of the border with Mexico, straight through prime wildlife habitat. Defenders led the charge against this massive project at the time, but sadly the construction continued without public input and via the waiving of important laws. On previous trips to the border, I have witnessed the wall’s effects on wildlife. I photographed a family of javelina (wild pigs) cut off from the Mexican part of their range, and have seen deer and mountain lions similarly stymied. Some of the more rugged, north/south wildlife corridors that span the border do not yet have walls constructed across them, and we hope they will never be built. 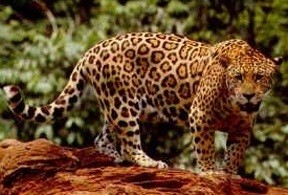 Jaguars like these are just beginning to make their way back into Arizona – but disconnected habitats make it a challenge.

On the positive side, I helped to guide John on a hike to tour a local wildlife linkage that connects the Santa Catalina Mountains to the Tortolita Mountains. The connection between these two habitats was severed by urban development and a heavily traveled state highway (SR 77). The Coalition for Sonoran Desert Protection, of which Defenders is an active member, has worked tirelessly with stakeholders to protect the threads of habitat that remain intact. The Coalition also helped convince the Regional Transportation Authority to build wildlife underpasses, and an ambitious overpass, to enable wildlife to pass safely across SR 77. Once built, these wildlife-dedicated structures will give deer, fox, coyote, bobcat, mountain lion and other wildlife a way to cross from one habitat to the next without putting themselves or drivers at risk.Another threat we could not sugar-coat for John is a number of mining proposals in the region. We visited the site of the proposed Rosemont Copper Mine in the Santa Rita Mountains, just south of Tucson. If this open pit mine proceeds despite strong local opposition and legal challenges, it would destroy and fragment habitat for a wide range of species, including the jaguar. We also brought John to the Patagonia Mountains (a crucial, cross-border mountain range) and showed him the site of the proposed “Wildcat” silver mine. If constructed, this would be the second largest silver mine in the world – and like Rosemont, it would destroy thousands of acres of habitat and sever its connections for many wildlife species including the endangered jaguar, ocelot, and lesser long-nosed bat and the threatened Mexican spotted owl. Defenders is working with partner organizations such as Sky Island Alliance and the Patagonia Area Resource Alliance to prevent this mine from becoming the newest ecological wound to the region. 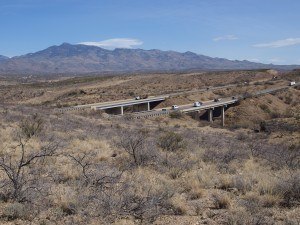 Later, I met up with John and staff from Sky Island Alliance on a hike through Davidson Canyon, a crucial wildlife corridor that links the Rincon Mountains and Pima County’s Cienega Creek Natural Preserve with the Santa Rita Mountains. The canyon is particularly important because the highway’s bridge gives wildlife a place to safely cross beneath Interstate 10. We documented many tracks near the bridge left behind by roadrunner, opossum, fox, coyote, bobcat and cougar. Black bear have also been documented utilizing this corridor. Sky Island Alliance is working with the transportation department and the county to ensure that this corridor remains functional for the free-flow of wildlife movement. These are but a couple of shining examples of how we are collectively working together to ensure wildlife has room to roam.

I believe that the most important factor that has changed since Aldo Leopold’s time is that we are no longer alone as we face these ecological challenges. We are a part of a strong and growing network of well-informed, passionate people working together toward a common and noble cause: the conservation and restoration of our natural heritage. For me, connectivity conservation fuels the flame of hope. It is a way we can give wildlife a fighting chance to survive in an increasingly fragmented and warming world.

This post was written by: Matt Clark
Matt Clark is the Southwest Representative for Defenders of Wildlife. Matt is responsible for representing and promoting Defenders in the Southwest and achieving regional conservation successes through strategic project development and implementation, education, research and advocacy.