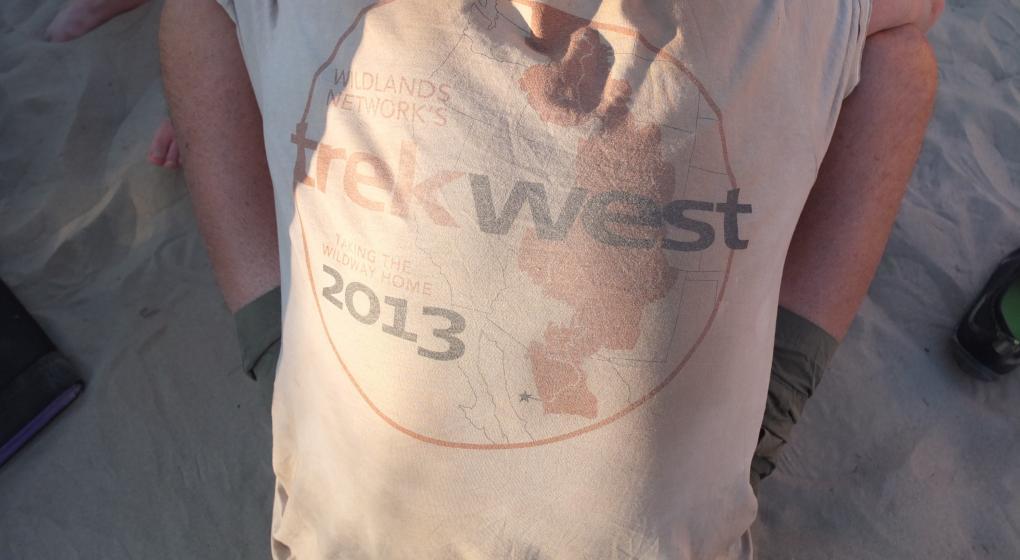 Wilderness explorer and outdoor adventurer, John Davis, is hiking and biking this month through northern New Mexico’s highlands on the fourth leg of “TrekWest 2013,” a long-distance outdoor journey to promote the importance of wildlife corridors in maintaining human and wildlife communities. He will be trekking through our area with a major public presentation in Albuquerque scheduled for the South Broadway Cultural Center on June 20. His big goal: completing a 5,000-mile human-powered expedition from Hermosillo, Sonora, Mexico to Fernie, British Columbia by October, 2013.

In 2011, during his similar “TrekEast” adventure, Davis became the first person to continuously hike, bike and paddle 7,500 backcountry miles from the Florida Keys to Quebec’s Gaspe Peninsula. His TrekWest journey will once again find him enduring extreme weather and terrain and spending more than ten months outdoors in the wild.  His trail will take him along the spine of the Rocky Mountains, following the “Western Wildway,” a scientifically-mapped North American habitat corridor.

Davis will reach northern New Mexico’s highlands in mid-June after spending the previous 30 days trekking through southeastern Utah’s canyons and paddling the Green River with his partners from Grand Canyon Wildlands Council and Wild Utah Project. Previously, Davis has ridden horseback in a traditional “cabalgata” with partners from Northern Jaguar Project and Naturalia through the Northern Jaguar Reserve, then crossing the sierra into Chihuahua via trails and bike, explaining along the way the need for connected, restored landscapes. His journey continued through the new wolf reintroduction area near the Sierra San Luis and on to Cajon Bonito and the borderland ranches of Cuenca Los Ojos Foundation. The Mexican portion of the trek culminated in an eye-opening border crossing at Naco, Sonora where a 150-foot banner depicting a traveling jaguar was paraded through the streets.  The crossing event drew media attention to the problems posed to wildlife passage by the heavily fortified border wall.

The northern New Mexico portion of TrekWest is co-sponsored by Wildlands Network and New Mexico Wildways (NMW)—a recently formed group of conservation organizations working to implement wildlife habitat connectivity across the Galisteo Basin.  NMW is a member of the Western Wildway Network, a collaboration of 22 of the West’s most respected conservation organizations — all with a focus on protecting and restoring regional wildlife habitat corridors that, once connected, will represent a continental pathway for wide-ranging wildlife called the Western Wildway. 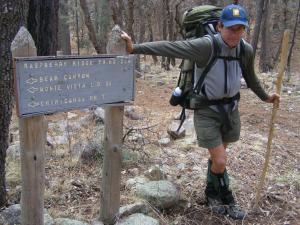 Often described as a “John Muir meets triathlete,” Davis is a man of conservation passion and what has often been described as extraordinary stamina. “My dream is for a connected and protected Western Wildway™ — a true lifeline for animals that need safe passage across large landscapes,” says Davis. “If we’re successful, our children will be able to gaze out at our western wildlands, silently observe the elegance of a wolf or smile just knowing the West is still wild in the way nature intended. It all starts with logging onto trekwest.org and signing our pledge saying “yes to wildlife corridors!”

Davis explains the urgency of his mission: “Development, climate change and highways are fragmenting western wildlands and are thus deadly threats to both the landscapes and wildlife cherished by anyone who knows the West.”  He hopes to experience firsthand — and share with his virtual followers on Facebook, Twitter and YouTube — the issues that prevent wildlife from going the distances they need to find mates, homes and food.

Trekking a spectacular route through deserts, mountains and grasslands, Davis’ journey will provide a view of the wild as seen through the eyes of the animals that play an irreplaceable role in managing ecosystems and landscapes. Davis will tell the amazing and often heart-wrenching stories of cougars, ocelots, grizzlies, wolves, jaguars and other wildlife in their daily attempts to survive.

But Davis is not all about sharing bad news; he believes finding solutions is the most important component of his adventure.  Says the trekker,  “I will explore wildlife corridors that can be restored, connected and protected in order to save what we all love – our landscapes, parks and wildlife — into the distant future.  And I will introduce the conservation heroes already connecting those landscapes.” He also hopes to expand a growing network of individuals and organizations committed to connecting the West’s best wild places.  “By connecting the interests of a diverse base of people who rely on healthy landscapes for their lifestyles, well-being and incomes, creative solutions that keep wildlands functioning can result,” he concludes.

TrekWest will be a group adventure in many ways.  Supporters will join Davis as co-trekkers along the trail. Event sponsor Wildlands Network and its many regional partner organizations in the Western Wildway Network, including NM Wildways and its members and partners, also will be supporting his cross-country efforts, assisting him in collecting scientific data, photographing species, and showcasing their habitat protection projects.

Social media followers will be able to access Davis’s observations in real time throughout the journey via daily blog postings, tweets, and other image postings of the sights, sounds, wildlife and people he encounters in the West’s most iconic — and wild — places. In addition, maps of his trek, barrier locations and connectivity projects will be easily accessible from the Wildlands Network-hosted website www.trekwest.org.

To learn more about Davis, visit Island Press at www.islandpress.org to read Big, Wild and Connected, his newly released e-book depicting the challenges and barriers he faced during his 2011 trek in the East, and the essential eastern landscapes he recommends for urgent connection and protection.  Trek followers can also visit Facebook, Twitter and YouTube to join the growing network of people who want to put the “wild” back in the West!

Formation of NMW resulted from the need for collaboration among a wide range of conservation partners in order to accelerate and better coordinate wildlife corridor protection programs. The resulting coalition has worked hard to bring TrekWest to northern New Mexico and will selectively utilize the diverse skills, capacity, and experience of each NMW organizations to leverage and expedite on-the-ground actions that support wildlife habitat connectivity.

NMW is made up of groups working both regionally and statewide to advance the conservation of New Mexico’s biodiversity. Each member organization in NMW provides specific expertise designed to enhance conservation through private lands protection, informing county-level planning and zoning, improving safe highway passage for wildlife and people, wildlife monitoring and tracking, development of science-based corridor mapping, wilderness and public lands protection, and influencing public policy. Overall, these organizations represent thousands of members and a diverse set of partners and stakeholders across the state. To join New Mexico Wildways, or for more information on how you can help, please contact Jan-Willem Jansens of Ecotone, at jwjansens@gmail.com. Current core partners of New Mexico Wildways include Wildlands Network (http://www.wildlandsnetwork.org), NM Priority Wildlife Linkages (http://www.birdseyeviewgis.com), Pathways-Wildlife Corridors of NM (http://pathwayswc.wordpress.com/), The Wildlife Center (http://www.thewildlifecenter.org), and Wildlife Habitat of NM.