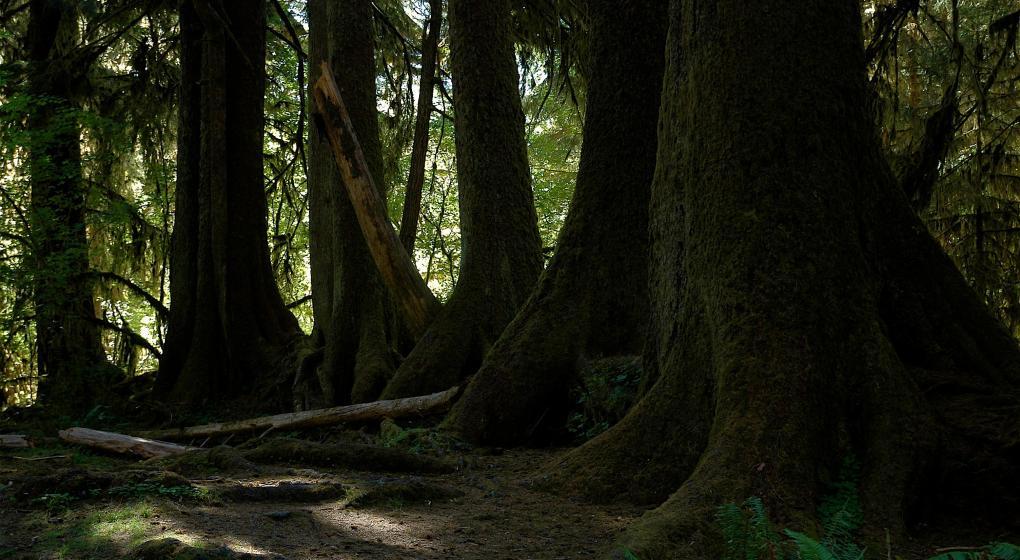 The Oregon & California Act Revisited: Peril vs Promise For Public Lands in Oregon and America

A monster is rising from western Oregon, one that makes Frankenstein’s creation look like a pussycat. It is poised to further erode the biological integrity of at least 2.1 million acres of public lands in western Oregon. But beware! This ecocidal dark vision may well be the beginning of the end for public lands in America.

The ogre was hatched in the robber-baron era of America’s history, at times when Native Americans were being exterminated by government policy, condemned by whites and politicians to the same fate as the bison, the wolves, and the griz.

The present alias of this shape-shifting fiend is the Oregon and California Act (O&C Act), passed by Congress in 1937 to provide 75% (eventually 100%) of gross timber and grazing revenues from revested O&C lands to a subset of Oregon counties. Consult an Andy Kerr article that details the history of this law and proposes a potential partial solution. See also a relevant Wikipedia article.

Since passage of the O&C Act in 1937, BLM has mined old growth forests to fill the coffers of Oregon county governments. A dependency on these supposedly never-declining timber sale funds developed and counties relied upon them for public safety, corrections, schools, libraries and other public services. Real estate tax rates in some O&C counties remain a small fraction of the Oregon average.

The golden goose began to expire with the onset of over-harvesting and better environmental laws. President Clinton’s Northwest Forest Plan acknowledged the loss of county revenues inherent in the plan by establishing a schedule of county payments and the Secure Rural Schools and Community Self-Determination Act of 2000 later replaced this. Finally, however, thanks to a Republican House of Representatives, probably the counties received the last federal payment.

In response to this fiscal crisis, some counties have sought additional income by putting sales taxes or property tax increases before voters. In some of the most affected counties, like Curry and Josephine, these measures have been rejected by voters. The State of Oregon and its counties remarkably have no sales taxes.

Presently Oregon Senator Ron Wyden has proposed a legislative framework to solve this O&C problem. The essential points are as follows (taken from his press release but with my italics).

1) A substantial portion of O&C lands will be set aside for sustainable economic activity with ultimate harvest levels governed by rules established in legislation.

The legislation will modernize existing federal laws as they apply to O&C lands so that harvest can continue at a steady, sustainable, and uninterrupted rate once an initial review of all lands set aside for management is completed and as long as subsequent timber sales comply with the legislation.

2) The legislation will create wilderness and other permanent land use designations whose primary management focus will be to maintain and enhance conservation attributes. This acreage will be roughly equivalent to lands designated for sustainable harvest.  The focus should include protection of both terrestrial and aquatic ecosystems, sources of clean drinking water, contiguous lands, and old growth stands older than 120 years of age.

These lands will include wilderness protections as well as a variety of protections that safeguard clean water and treasured resources and focus on long term conservation of habitat, but will also include areas emphasizing recreation and areas that would allow for restoration based thinning in previously managed stands.

3) Voluntary land exchanges between Federal and private landowners should be encouraged. The Federal lands exchanged should be confined to those lands outside of protected areas.  Along with improving management of O&C Lands, exchanges should focus on reducing costs to the taxpayer and protecting private forest landowners from the impacts of less intensively managed federal lands and more limited wildfire management.

4) A substantial portion, if not all, of the revenue from these lands, minus federal costs, will be returned to the counties where the lands are located.  Accompanying the legislation that implements this division of land will be legislation to provide a permanent and stable source of funding for O&C counties encompassing existing county payments and other federal payments.  While the legislation will not prescribe any local tax levy, the formula in the accompanying legislation will consider a local tax level that is not on par with the average resource-dependent rural county.

The O&C Act was a band-aid to a failed giveaway to the railroad barons of yesteryear, enacted when county populations were a small fraction of what they are now, when the country was still immersed in the Great Depression, when county costs were a pittance of current figures, and before we realized we are causing the Sixth Great Extinction coupled with disastrous climate change.

Senator Wyden’s plan maintains the status quo: the dark ages belief that everyone is an island unto him/herself, that public lands belong to a few locals, and that government is bad – except when it gives handouts – like roads, national defense, and the benefits of biomedical research.  Trying to buy a rightwing, neoconservative, and libertarian constituency by sacrificing our forests only ensures that anti-progress, anti-tax voters will continue on the dole. Time is past due for a severance tax on private timber and a progressive sales tax in Oregon.

Senator Wyden’s plan kicks the can down the road to future Congresses. When the county costs escalate in the future, when the forests and soils are depleted, and when people from across the United States realize they are subsidizing Oregon counties, it will be time once more to pay the piper.

Senator Wyden’s plan is dangerous. First, as a practiced politician, he should realize that anything from the Senate will emerge from the current House of Representatives as a back-biting demon that will push him to compromise with the devil and present a bill to a President without any apparent sense of conservation chutzpah.  Secondly, this legislation will be viewed as a green light to the “Take Back Public Lands” crowd in the Congress. If Oregon can sell off its public forest to fund counties with 100% of the gross timber proceeds, why can’t everyone do it?

We can rescue O&C counties from the hole of dependency they dug for themselves. Just because backward thinking dominates, we don’t need to sacrifice the education of youth, libraries and public safety to the mistakes of the past. We must not make our forests and waters pay the price either. The times are long past when we could, Solomon-like, divide the world into “treasures” and national sacrifice zones. No one has said it better than Aldo Leopold: “Harmony with land is like harmony with a friend; you cannot cherish his right hand and chop off his left.”

We need more wilderness and wildscapes connected by protected landscape corridors, forest restoration and ecotourism subsidies to provide jobs, a severance tax on the millions of board feet of private land timber that leaves the state and counties, a reformed 1872 Mining Law with healthy royalties, a progressive state sales tax, and fully legalized cannabis with a separate tax like that on alcohol or tobacco. This way the United States government, the State of Oregon, and the O&C counties contribute to the solution.

Politics is said to be the art of the possible. Why, Senator Wyden, do you ask our forests to do the impossible?

Senator Wyden will be holding a hearing on his legislative framework on Tues 25 June.

Contact him at http://www.wyden.senate.gov/contact and tell him what you think. Other Senators on the Senate Energy and Natural Resources Committee members you can contact can be found here: 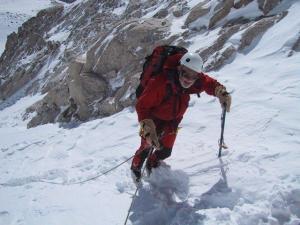 Paul F. Torrence of Williams and Ashland, Oregon is Emeritus Professor of Chemistry and Biochemistry at Northern Arizona University and serves on the board of Wilderness Land Trust. His involvement in nature advocacy and endangered lands and species protection spans four decades.

Wyden Plan Would Harvest Some O&C Forest Lands, Conserve Others

Senator Ron Wyden has revealed more of what he has in mind for Southern Oregon’s timber-dependent counties.

Oregon House members like Peter Defazio and Greg Walden have been working on a long-term management plan. Now Wyden has stepped forward with a similar proposal.

Wyden’s voice in the matter is important because of his increasing stature. He recently rose to chairmanship of the Senate Natural Resources Committee.

“We have all agreed on the key kinds of principles. We need more jobs for rural communities, we’ve got the get the harvest up, and we’ve got to do it in a way that’s sensitive to our environmental treasures.”

The Wyden framework picks up on one key idea the House members put forward: dividing federal O&C forest lands into two groups – land to be conserved, and land to be managed for timber harvests.

It does not spell out how much cash would be raised. It does suggest that timber lands should be managed, not under state forest practices, but under stricter federal rules.

Wyden says one difference is that his plan would keep federal rules in place over O&C harvests.

“They would not be managed under, in effect, state law, this was a key question. I think Oregonians remember what happened with that salvage rider debate, which triggered an enormous fight.”

“Senator Wyden has waded into this fight in an effort to broker a truce. Not everyone can win, at least everyone can feel good about the outcome. That’s a change from where we’ve been.”

Pedery’s still waiting to see how the land would be divided, but says Wyden has acted as a fair broker in the past.

Wyden’s framework makes it clear the formulas guiding forest management will assume a local tax level that may be higher than what counties assess at present. Some of the O&C Counties assess far lower local taxes than other parts of the state.

Robertson notes many voters in O&C counties are deeply resistant to higher taxes. Levies failed Tuesday night in two of the most financially-strapped southern counties.

“That issue isn’t going to go away. it’s going to have to be dealt with.” Wyden says there’s plenty of room for flexibility on how counties approach raising revenue.

“Here’s the bottom line: It’s a tight budget, everybody understands that. Our communities are saying they’re going to step up, because they understand the government will be most sympathetic to those who help themselves.”

Wyden says, with additional staff on the job in his office and elsewhere in delegation, the bill can be finished and passed in a matter of months.

Thanks, Paul, for this elegant and well-researched piece. It’s always good to remember that the deepest motivation for any politician is remaining a politician. m